I am totally showing my ignorance again but I have NEVER seen rhubarb grow before. It’s been quite an experience watching these things appear and unfurl and GROW almost before my eyes and astonishing that in less than a month I’ve discovered that there’s actually something edible growing in this garden, to making rhubarb scones (recipe at the end) with our first stick of homegrown rhubarb!

It all started at the beginning of April, when these things appeared almost overnight in the big veggie bed…

April 10th: Wth are these things?!

Aril 13th: When you’ve never seen anything like them before, you have to admit they look a little unnerving. But not as unnerving as seeing them sprout into alien brains. 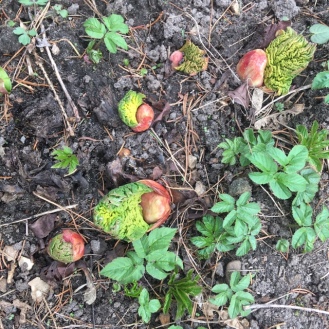 April 15th: And then the alien brains turned into 1920s flapper hats…

April 17th: A few people commented that you can practically hear rhubarb creaking as it grows, it grows that fast – I can believe it!! 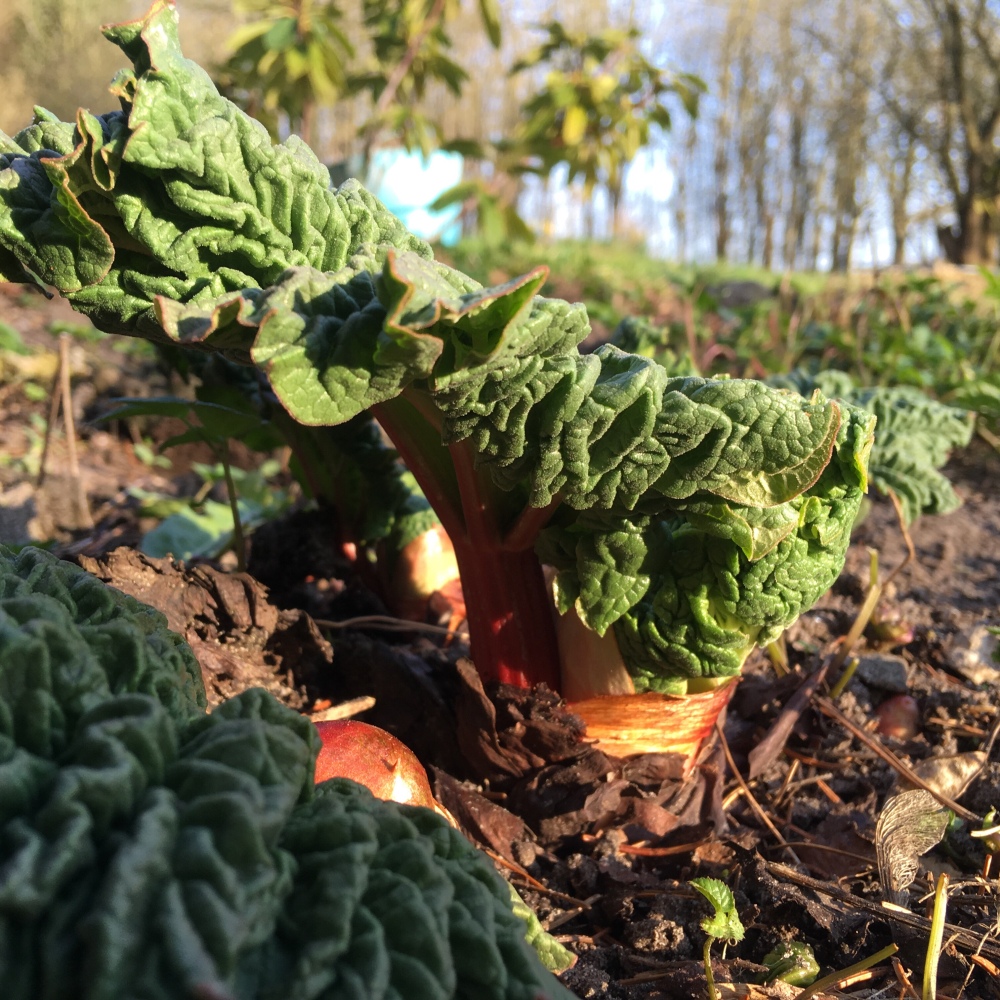 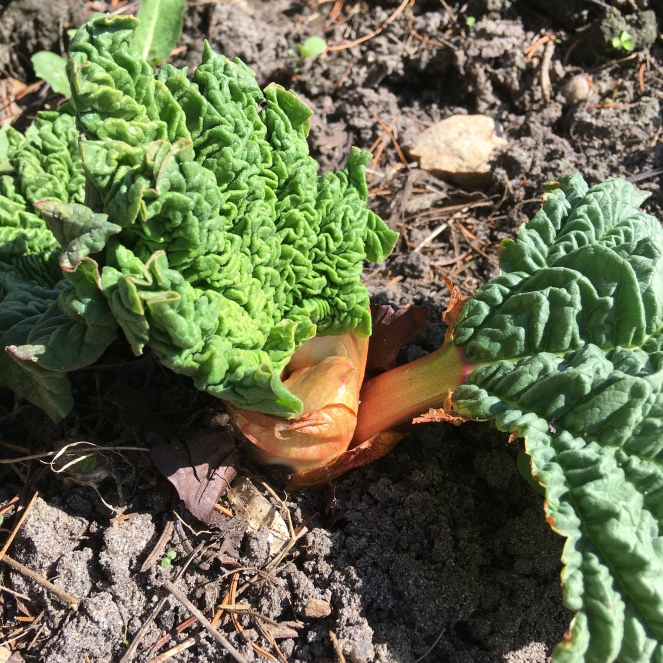 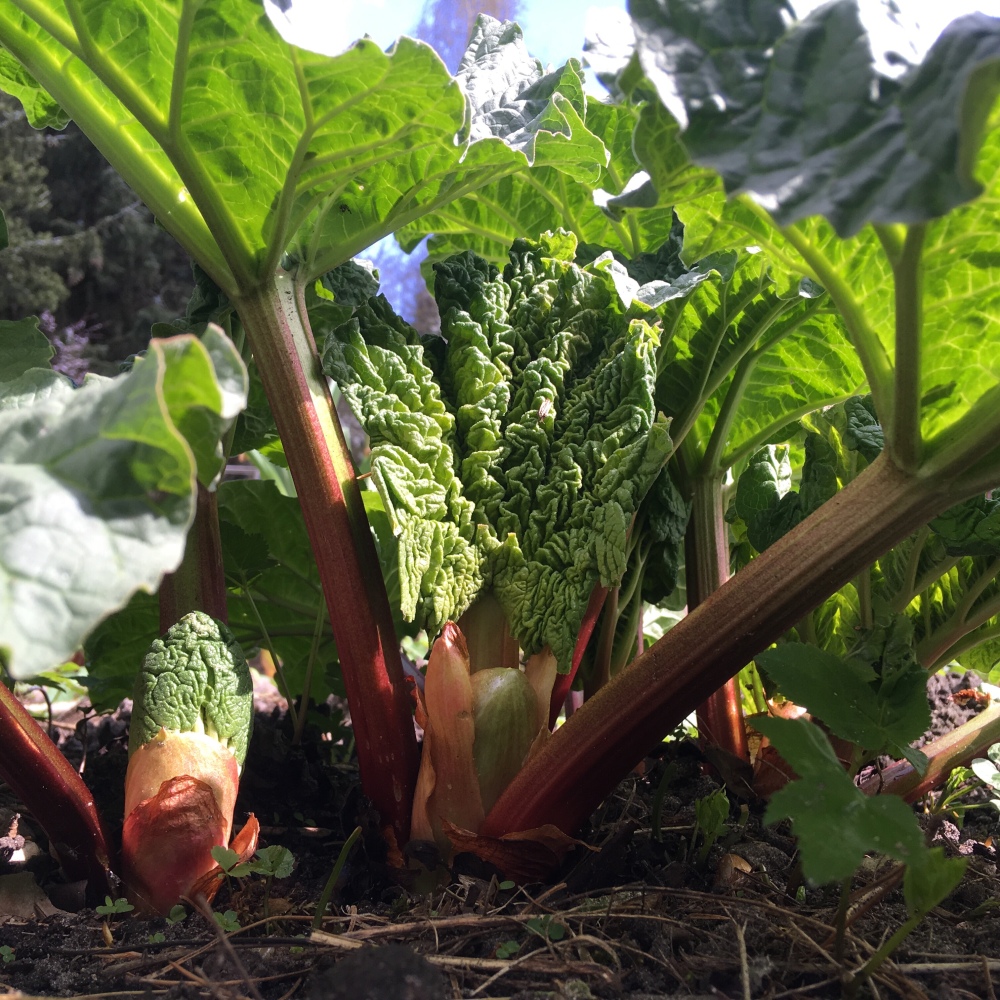 April 29th: Think they’re ready to take a few stalks yet? Lovely tip from a friend, @chrisxpear on instagram, if you have to pull so hard that you fall over they’re not ready! 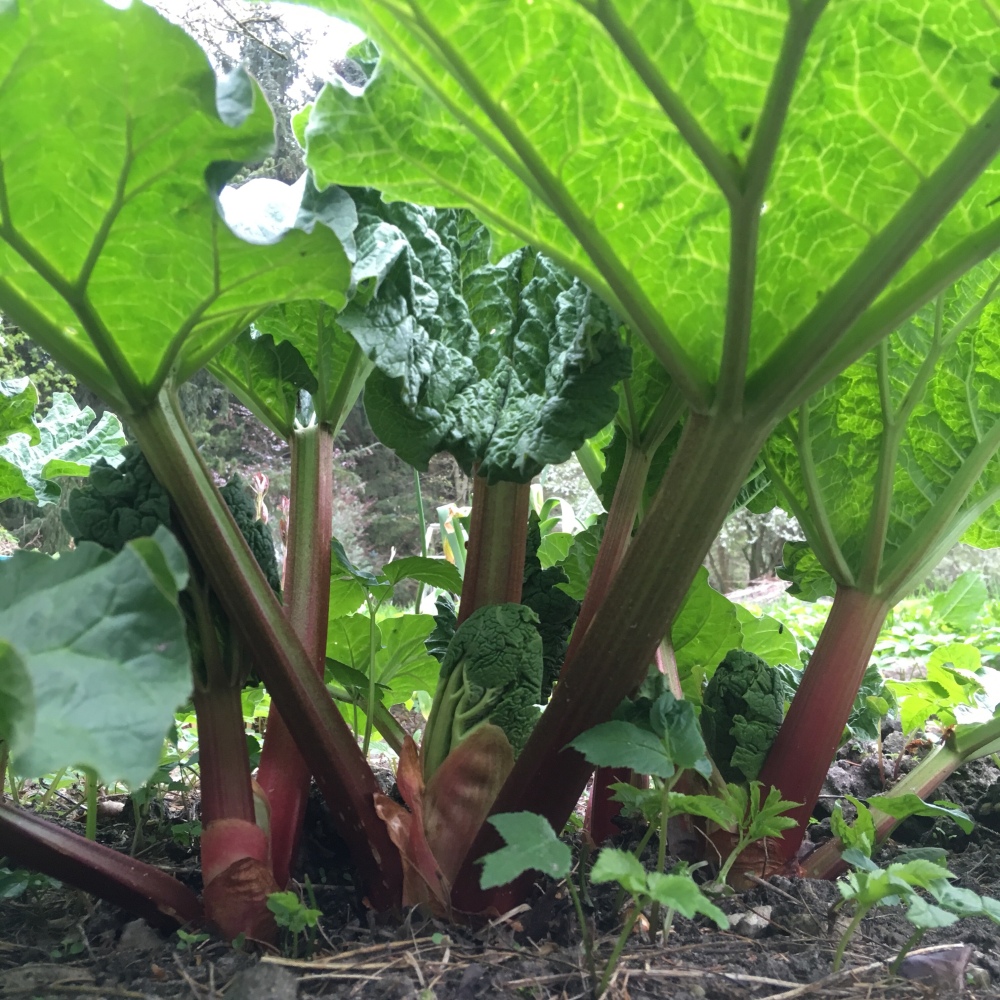 May 1st: Went out picking greens – wild garlic from a patch near us, anemones for the windowsill, and the first stick of rhubarb from our garden! 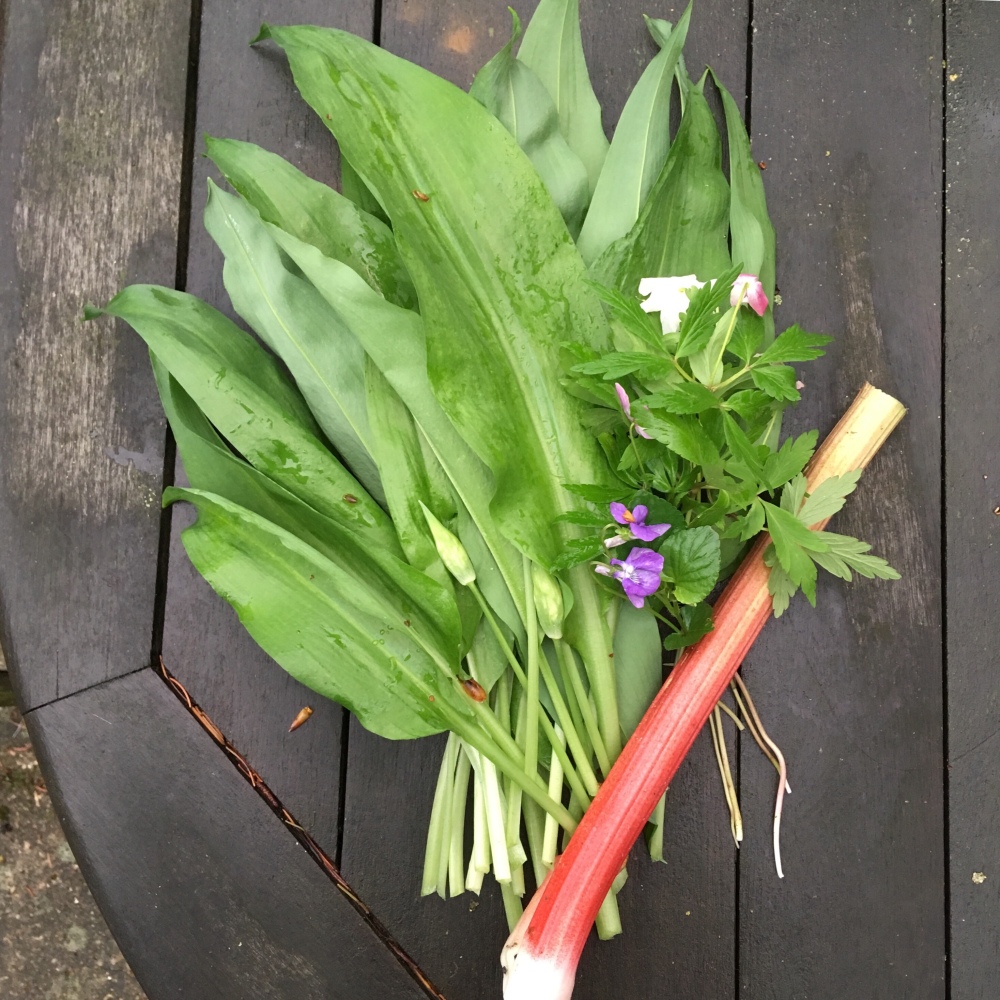 May 2nd: The rhubarb went into rhubarb scones! 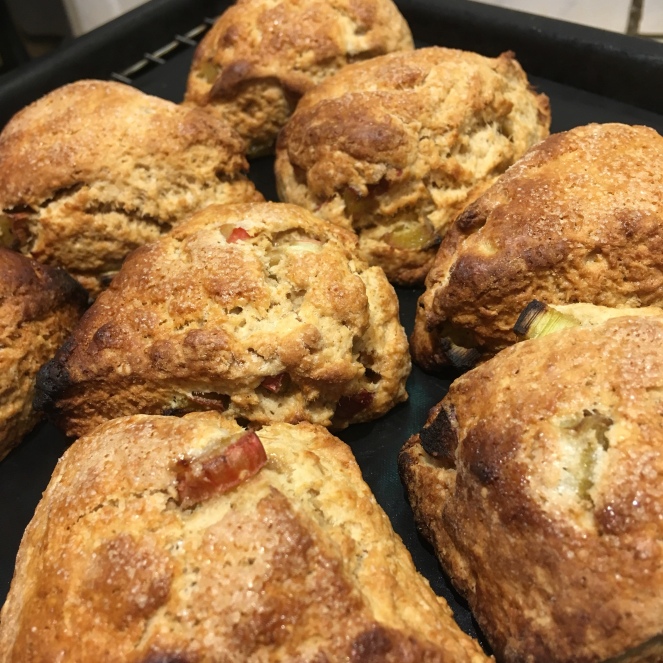 Stir the rhubarb and 1/4cup brown sugar together in a bowl and leave while you make the scones.

Add the salt to the flour and rub in the cold butter until it resembles coarse breadcrumbs. 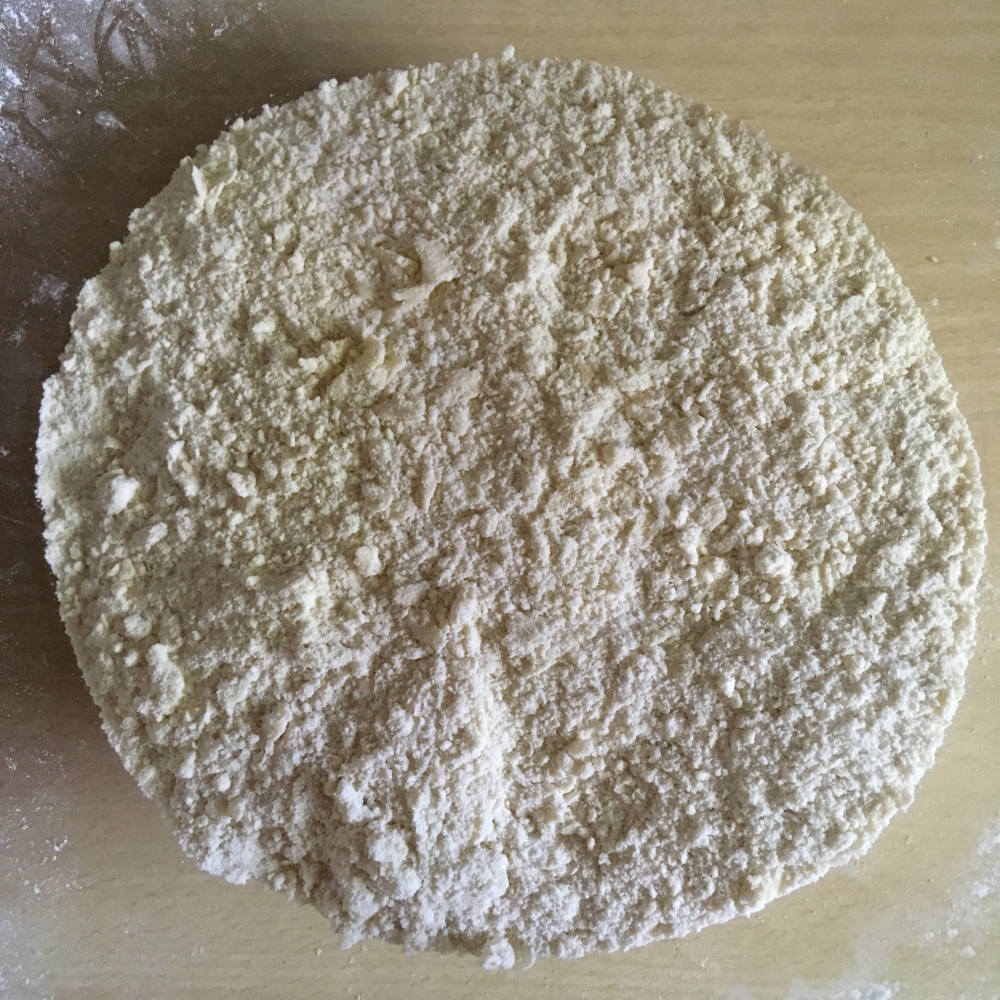 Give the rhubarb and (now gloopy) sugar another mix, and add to the flour and butter, mixing well to distribute the rhubarb. Add the extra brown sugar and mix to combine.

Add the milk and mix using a knife cutting through to bring all the wet and dry ingredients together to a soft dough.

Sprinkle with flour, use a spatula to scrape down the sides of the bowl, and tip out onto a clean surface.

Pat into a round maybe an inch or so thick, sprinkling with a little more flour if needed to stop it sticking to your hands.

Cut into 8 wedges. Brush the tops with milk, and sprinkle with sugar.

Place on a non-stick sheet to go into a hot oven, and bake for about 12-15 minutes depending on your oven.

Cool on a wire rack until cool enough to touch! 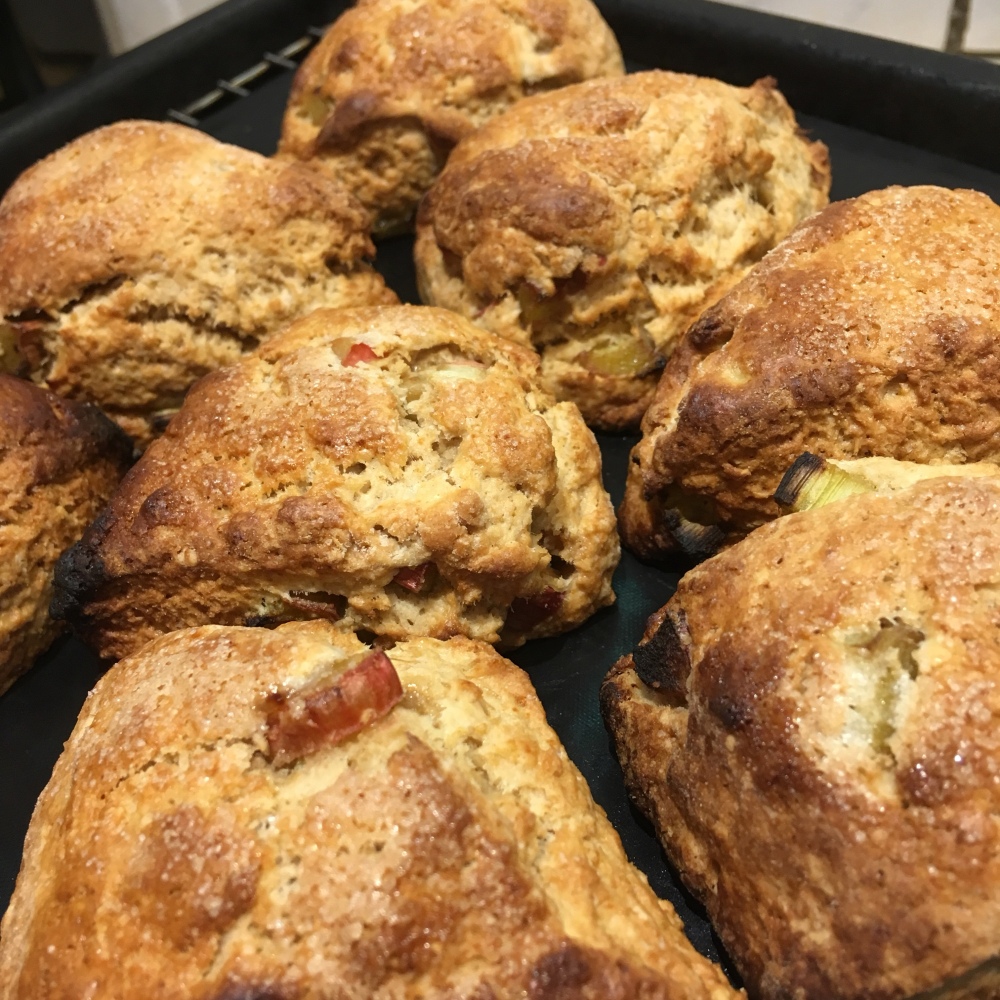 Charley says they are deLIcious with butter, and rhubarb and strawberry jam!