On average, I think you could say it’s been an average weekend. In reality it’s been down and up and down and round and all over the place. Life is never dull. Tiger demanded to be allowed to stay indoors from Friday, she spent the day stalking around checking out every nook and cranny, always going back to my armchair to pant and contract. She followed me every time I got up for something, eyes imploring me not to leave her. 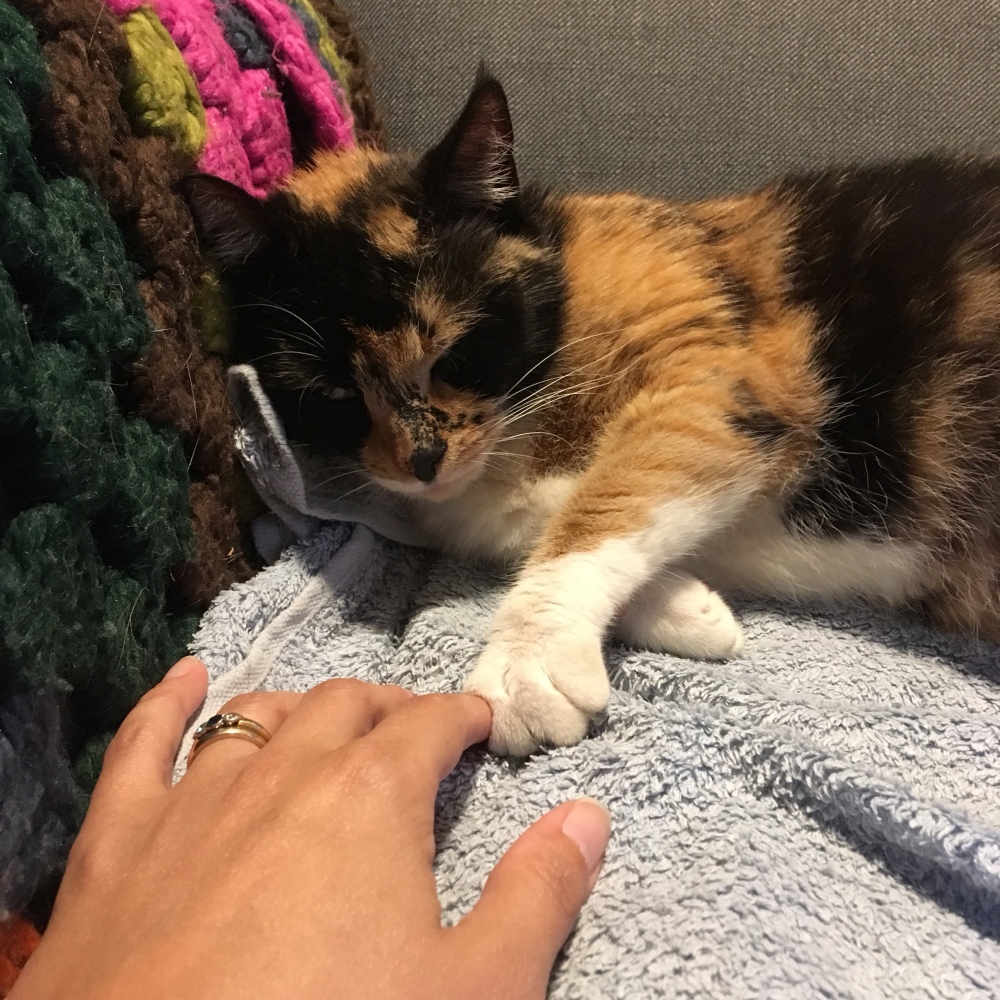 After Steve and the boys had gone to bed, and I was left trying to get Erika back to sleep, she delivered her first kitten – stillborn. She was distressed and took herself off to what she had deemed as a safe place to deliver a dead kitten, out of sight and cleanable. By the time I’d cleaned up the sofa and got Erika asleep again Tiger had cleaned up extremely (and distressingly) thoroughly too and needed company and cuddles. She came and mewed sadly outside the bedroom door when I went to bed the first time, so I got back up and sat and snuggled with her for a couple of hours, dozing off now and then, before realising it was suddenly lighter than it had been. I took my cup back to the kitchen and was momentarily utterly confused wondering why the neighbours had all their floodlights on (they don’t have floodlights) until I realised it was actually the sunrise. 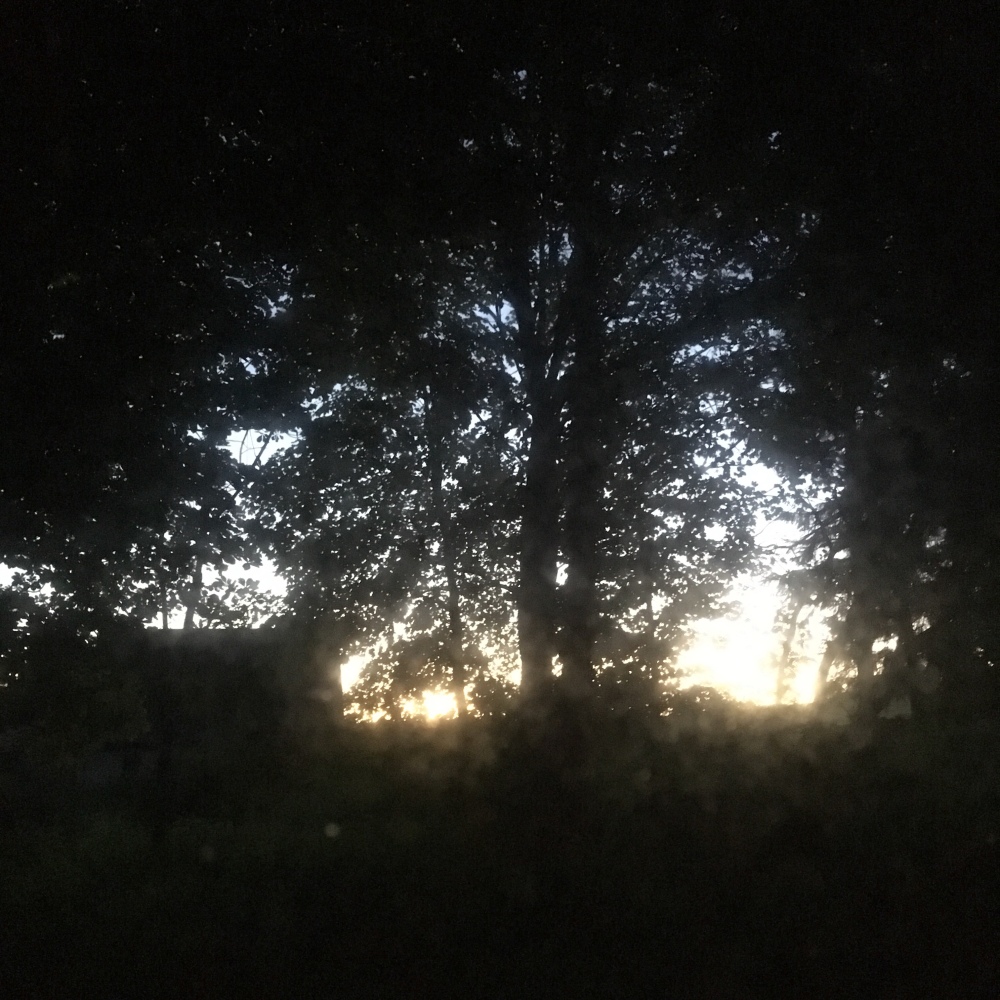 She was okay enough to let me go to bed by then, but my heart was broken for her, and I was more than a little traumatised.

Saturday morning Steve took over doula duties as she delivered a second kitten. Alive! Closely followed by a third – another stillborn. We tried to revive it, tried and tried. It had a black stripe down the middle of its head and we called it Punk. She’s buried in one of the flowerbeds. All delivery activity stopped again and Tiger and Grylls (as the kitten has been called, our tiny survivor) got to know each other. I was broken from lack of sleep and still traumatised from the night’s events and was next to useless staying home (I simply could not function) so we sent me off into town to hopefully be a bit less useless there. I could barely even cope with shopping by myself though, nothing was making sense and decision making was just not happening, but I got most of what was on my list and didn’t miss any buses so there’s that. 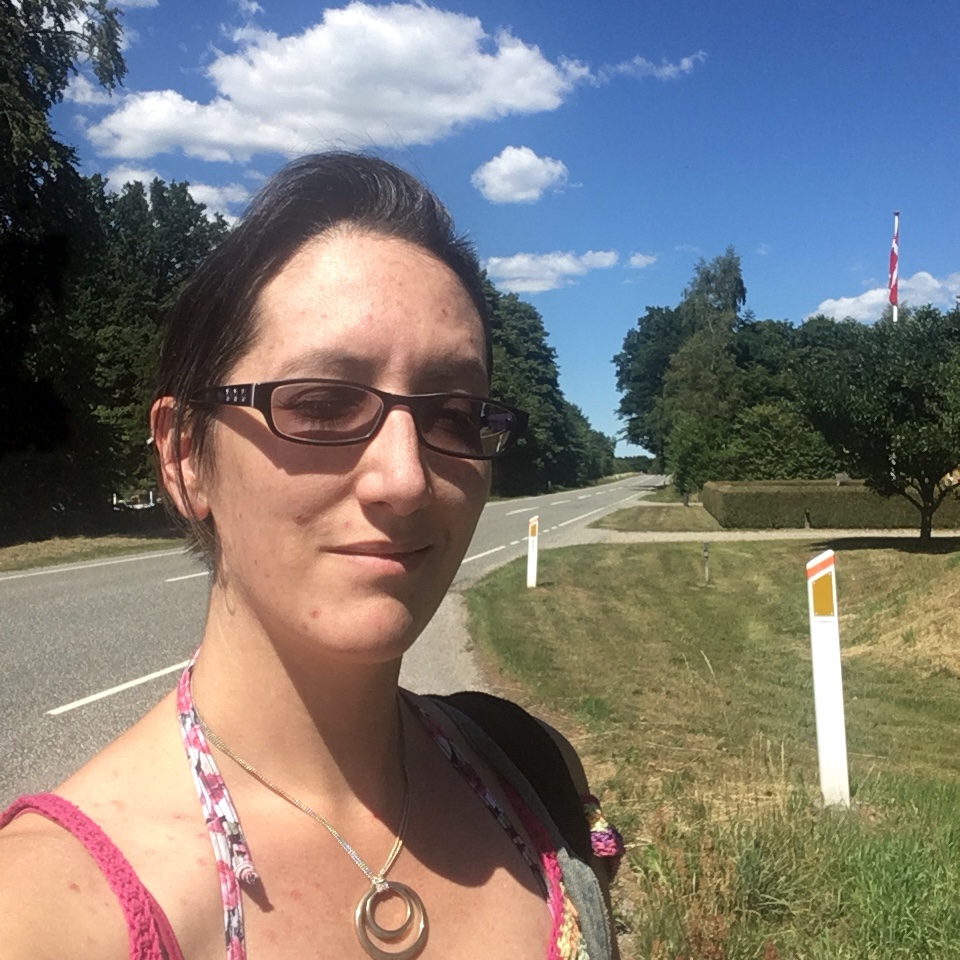 I stayed in the garden as much as possible when I got home, although it was with sadness because we buried Punk. Ben drew a picture to remember her by. He felt it quite deeply. 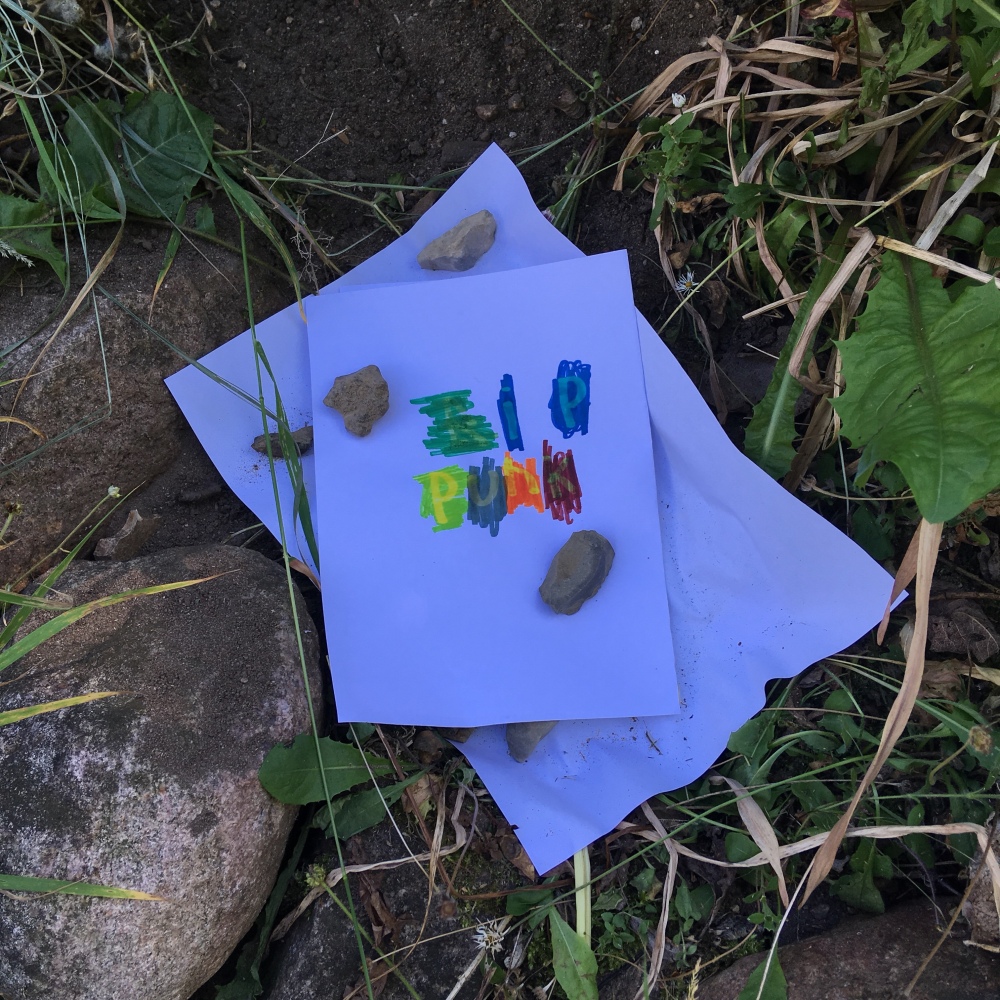 There was some happiness to be found when I went to pick strawberries though, my rucola and carrot seeds have actually sprouted! 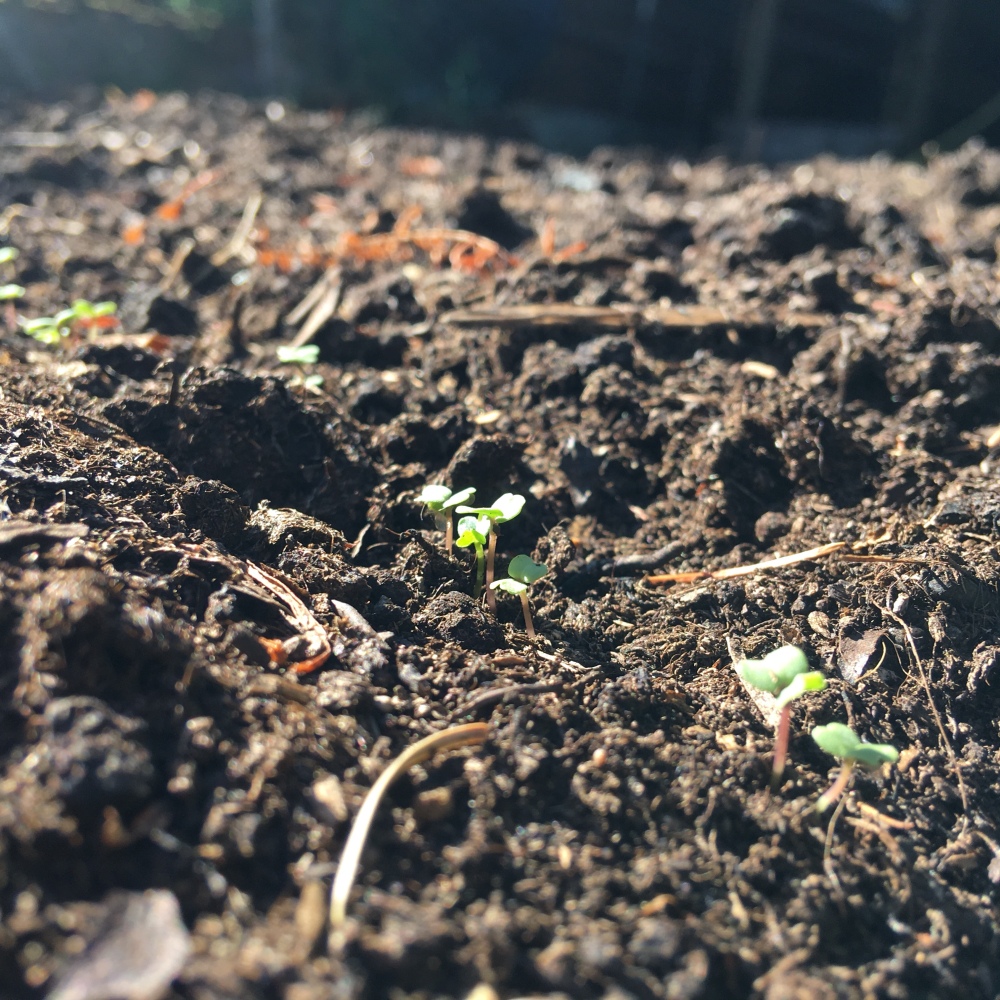 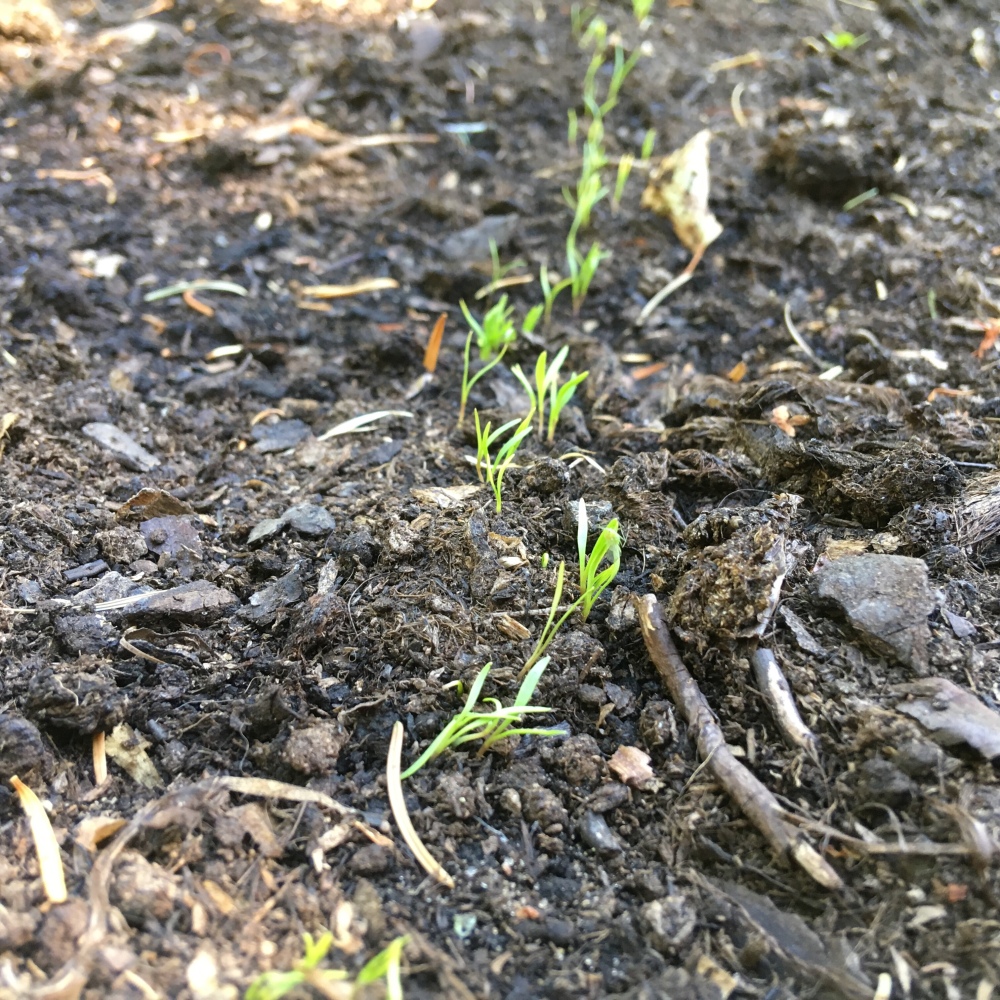 Sunday morning and Ben was up before anyone else. Tiger seems to have waited for human company before delivering, but too much company would pause things. She delivered a fourth kitten. We didn’t realise until Steve got up a little later and found it cold and unmoving. For such tiny things they hit you really hard when they don’t make it. Shadow will be buried with his sister. We struggled all day, heartbroken for Tiger’s losses, mixed with delight for her tiny survivor and at how beautifully they were becoming a mother-baby dyad.

I tried to make strawberry syrup with the berries I’d picked but something triggered another bunch of memories – painful ones – and I was too upset to safely carry on with syrup making. Steve sent me off out for a walk around the garden. I checked on my vegetables and discovered a mole had found its way into the vegetable garden and had made a mess of my carrot and rucola rows. That made me a bit angry. I guess I’m more precious about my seedlings than I thought. I suppose it is the most watered place in the garden at the moment though – it’s dry dusty earth to at least a foot depth in the main part of the garden. But I picked the three pea pods that were ready. They are quite quite beautiful things. 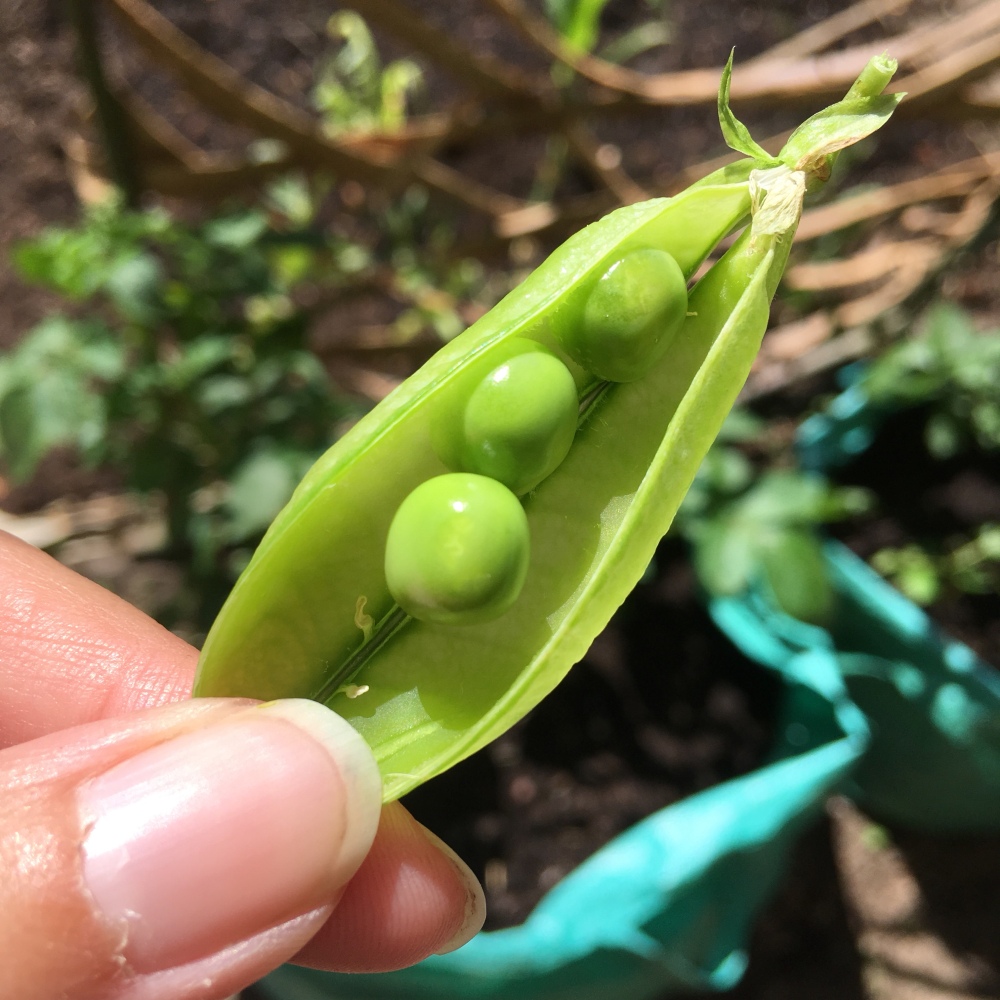 After a reprimand from Steve (I was meant to be out walking and observing and being, rather than Doing after all) I went and wandered.

The plum-things on the big tree are slightly pointy, and in this drought they are colouring and dropping at the slightest touch but I still have no idea what they are, or what they’re meant to look like when ripe, or how big, or when, or anything. 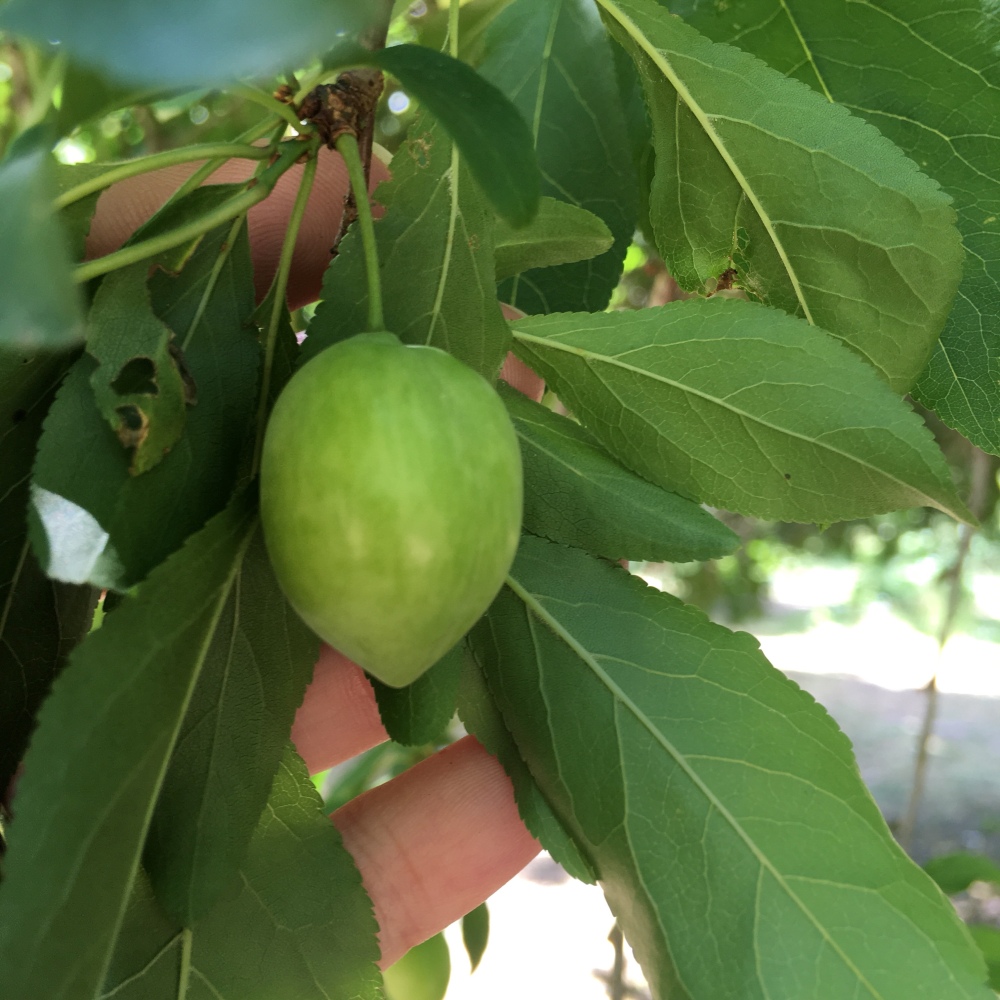 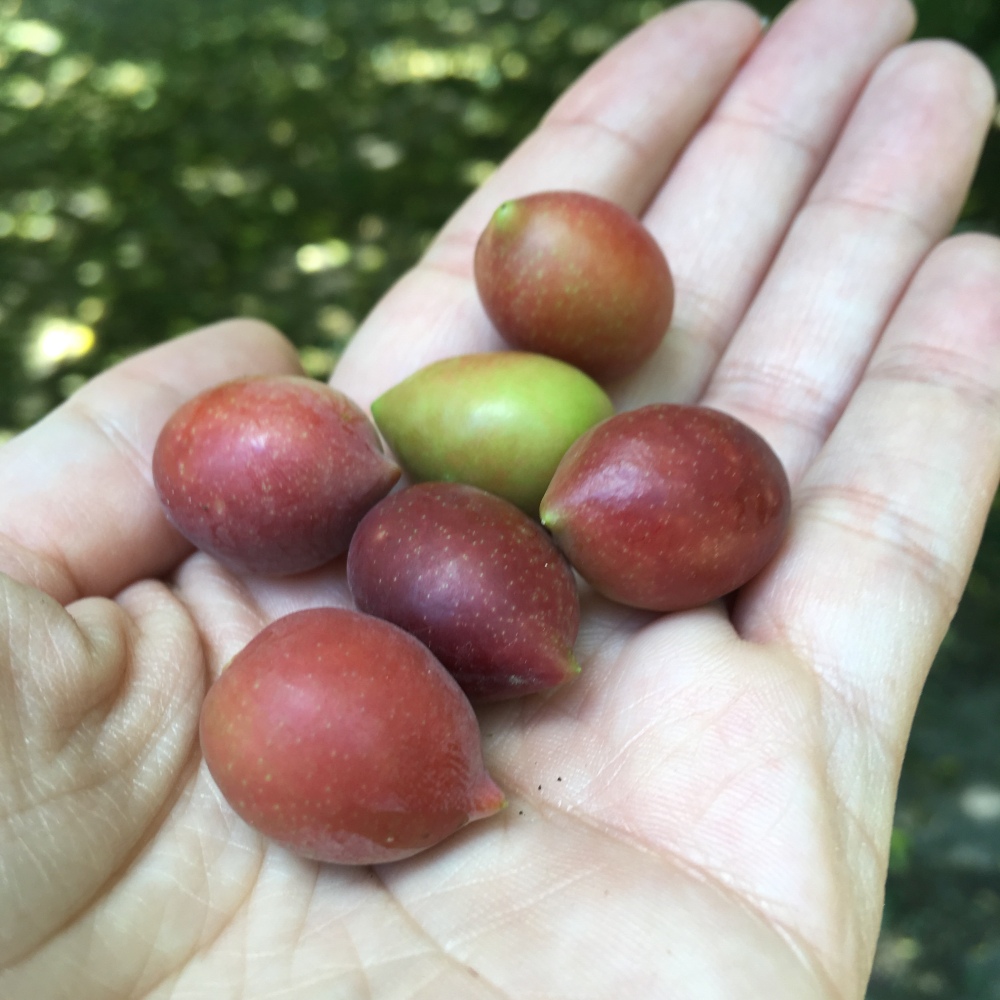 I got back to the house and Steve had finished making the strawberry syrup for me! Bottled and everything. He’s wonderful. Despite being utterly heartbroken for that bothersome cat, he still goes out of his way to care for me. 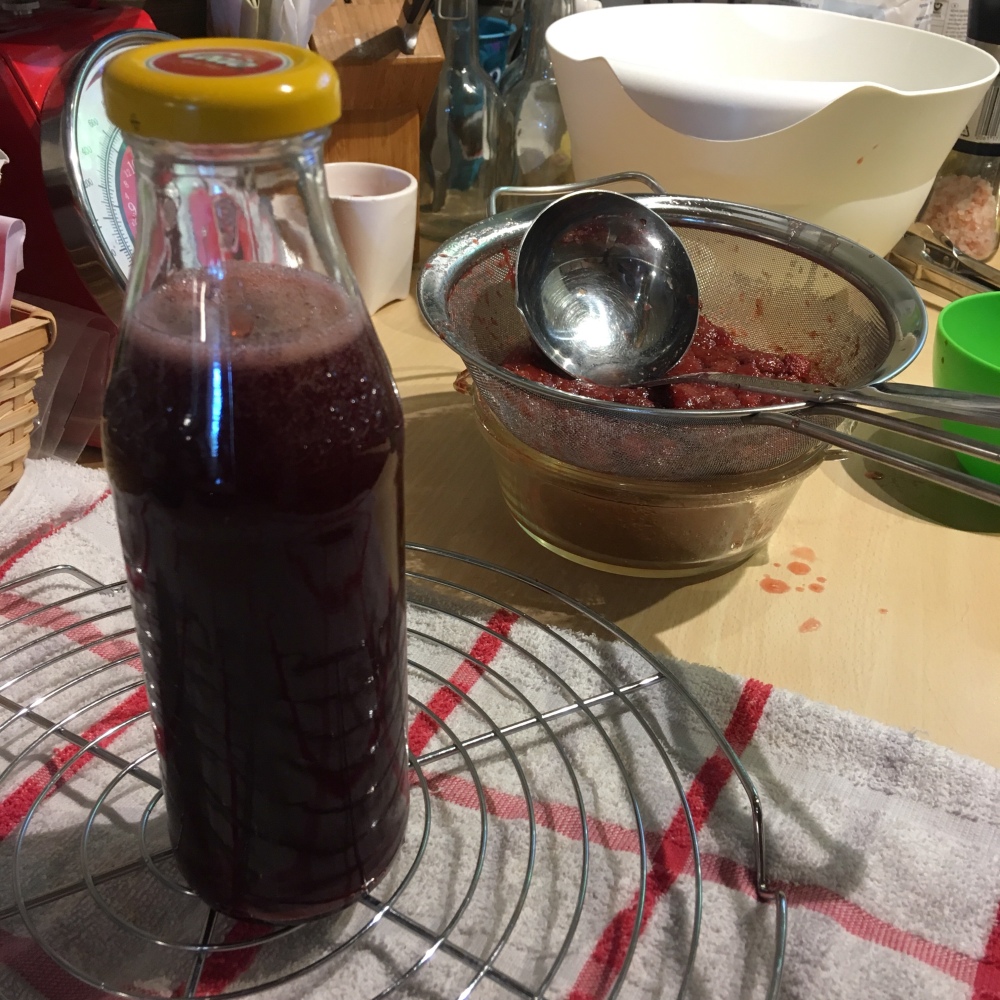 He cut the grass in the afternoon, Ben helped, and I stripped leaves off the cut branches so Steve could chop them up with the lawnmower to add to the compost.

Eventually I realised Erika was missing and I discovered her in the hall trying to get dry after playing in the paddling pool. Dried her off and re-dressed her and she fell asleep within minutes. I couldn’t get going again after that, I tried to carry on where I’d left off but realised I was actually broken-exhausted and ended up curling up on the sofa next to a sick bowl and falling asleep. I never nap during the day, it usually makes me feel dreadful. But after hauling myself off to the bed when I heard the boys wanting to come in, I slept another couple of hours next to Erika as she napped. When I did manage to get up, I was just dysfunctional, and grateful that Steve only chuckled a little bit as he cleaned up my chaos in the kitchen after I tried (and failed) to make a hot chocolate. 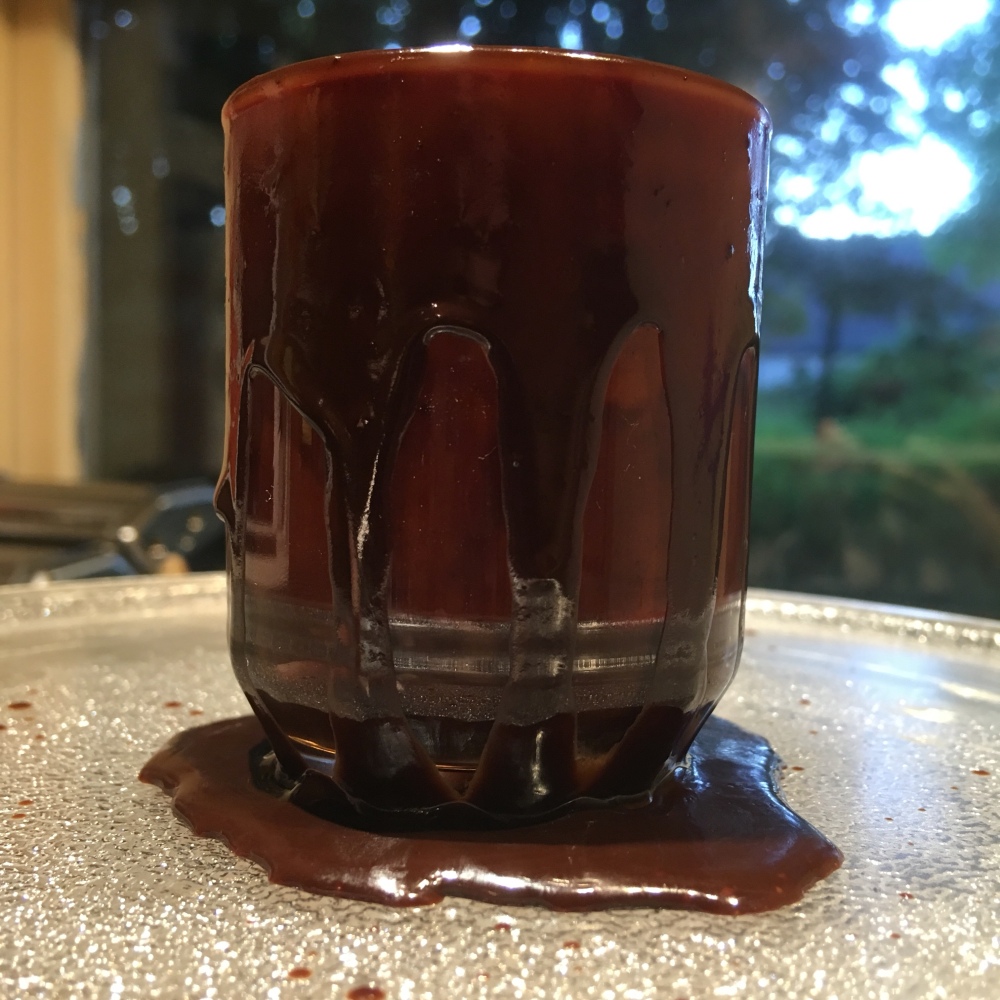 Today has been a bit better. Grylls is still alive and getting noisier and Tiger is such a proud mum. She seems genuinely content with the fact she has a baby, is sleeping in the house with her humans, has a family, has love. She pushed Grylls out from under her foot, to show him to me. That look on her face! 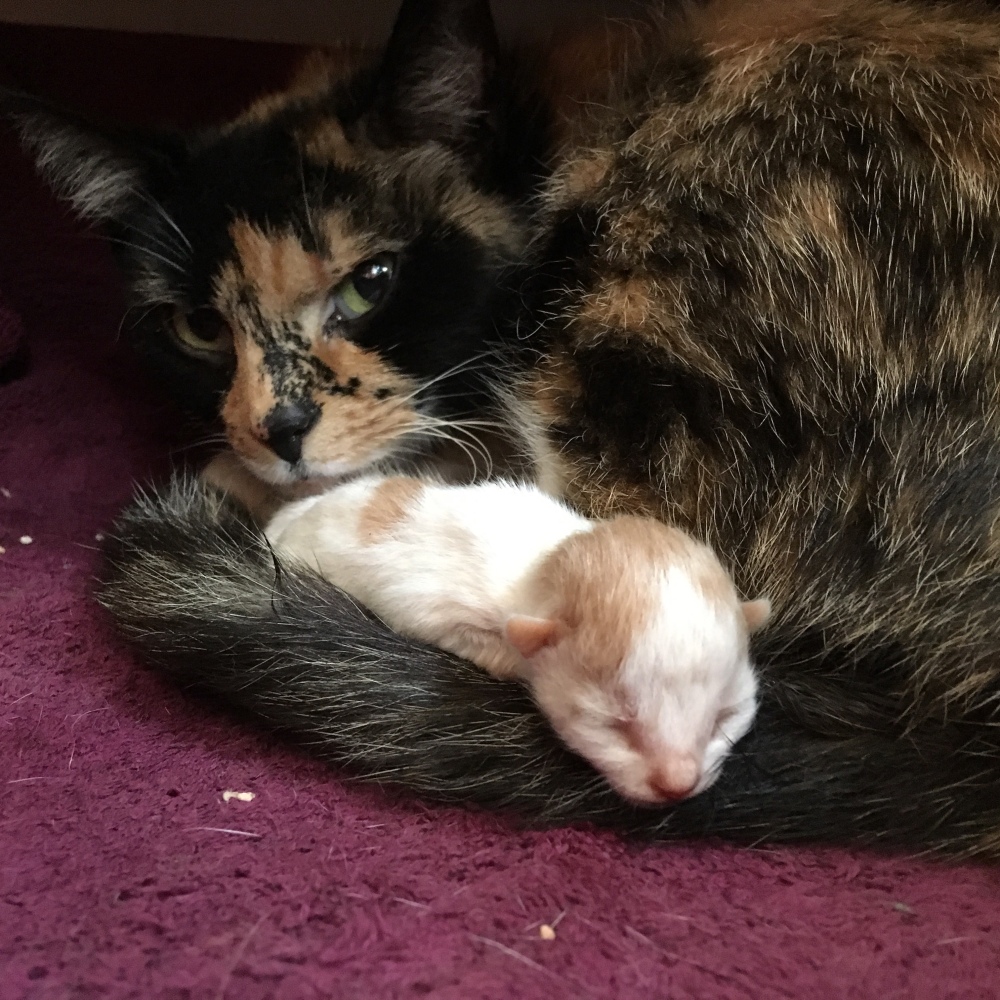 I broke down later on though with a sudden realisation that her first baby never even got a name, and wouldn’t get a burial. Steve named it Ghost, and hugged me.

But even Smudge still loves me. She saw me, did her usual tail up and trotting towards me happily before veering off just before reaching me, but stuck around as I chattered away to her. I fetched a treat stick for her and she came up happily and took pieces of it from my fingers, and then came up for a scritch and a rub. She does, despite what she would tell you, really like a good scritch. And humans aren’t so bad after all. I wonder if she even knows where Tiger is?

I picked some flowers, discovered garlic growing in a border by its scapes, watched the butterflies. The boys played together, Erika explored and watched tv and snuggled with me, I made banana cake, watched the dirt in the corner of my vegetable bed move as a mole tried to make its way up, stomped on where I thought the mole was (ordered a sonic mole repeller now), planted radish seeds, and sat with Tiger for a bit. 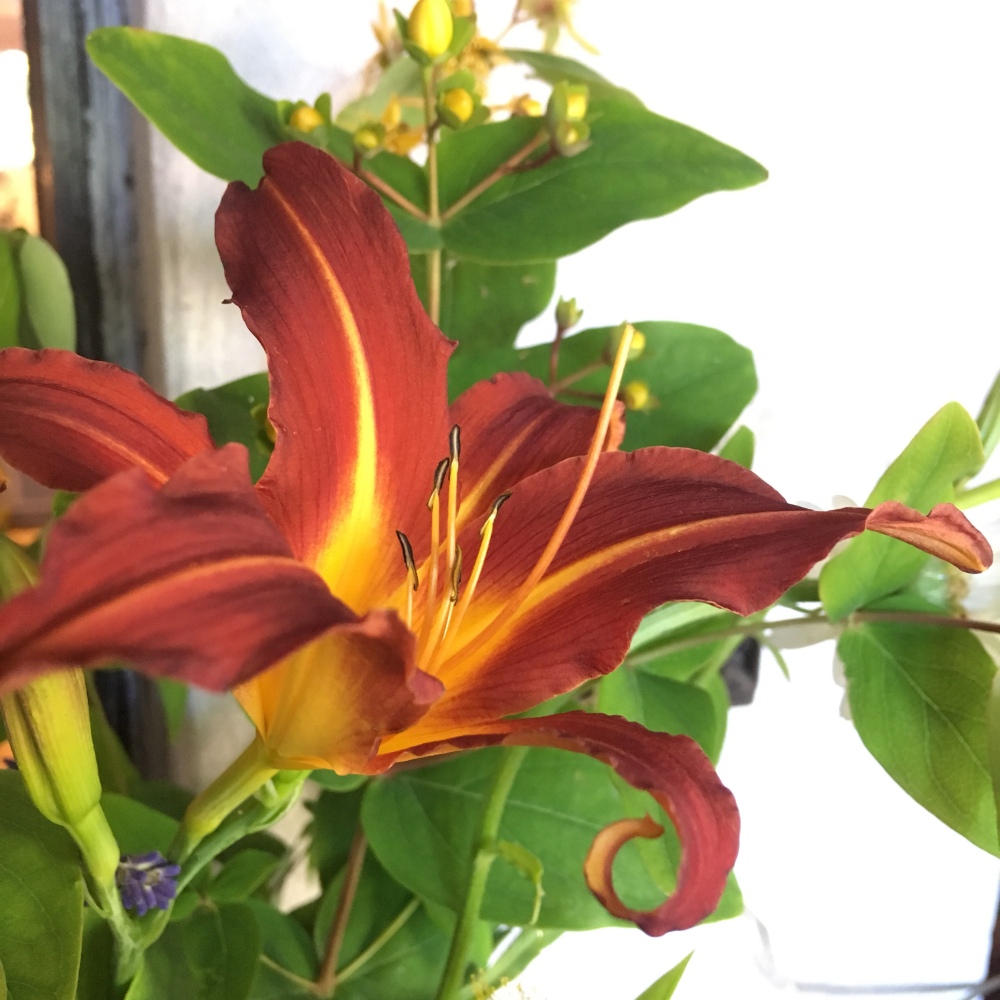 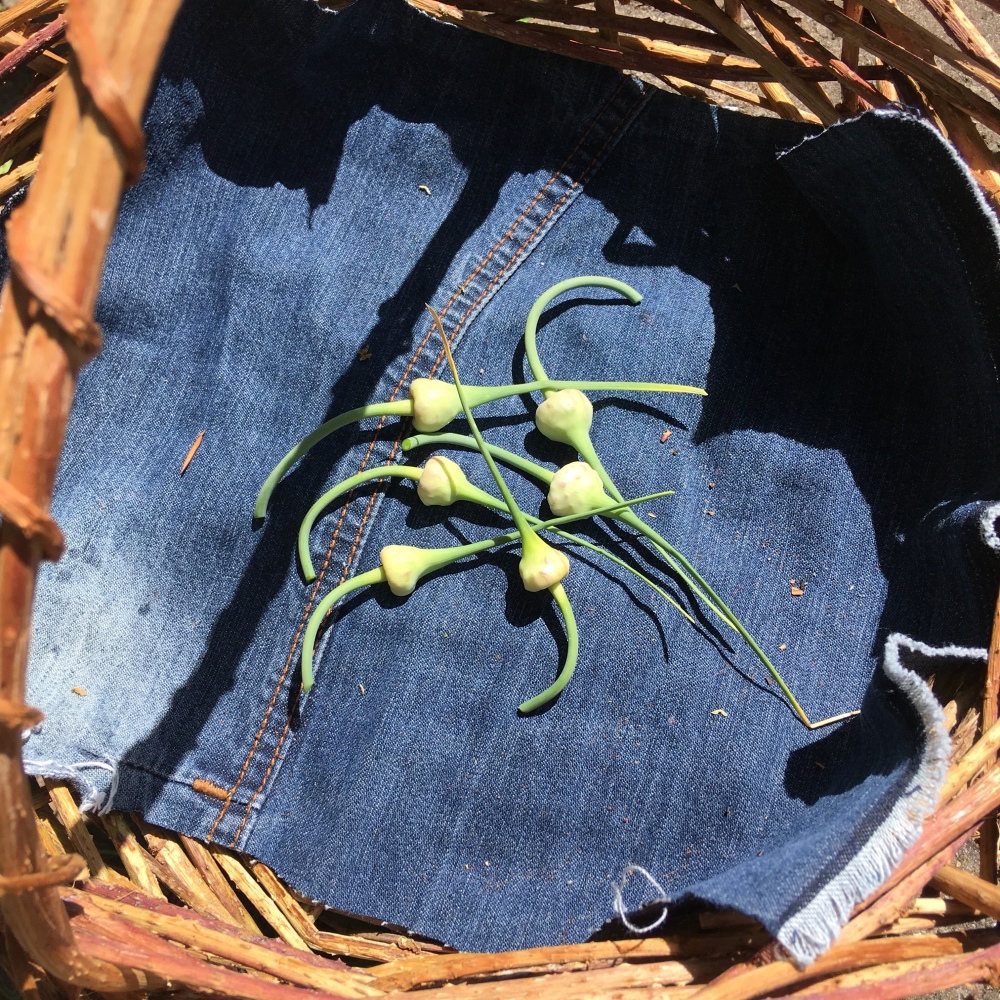 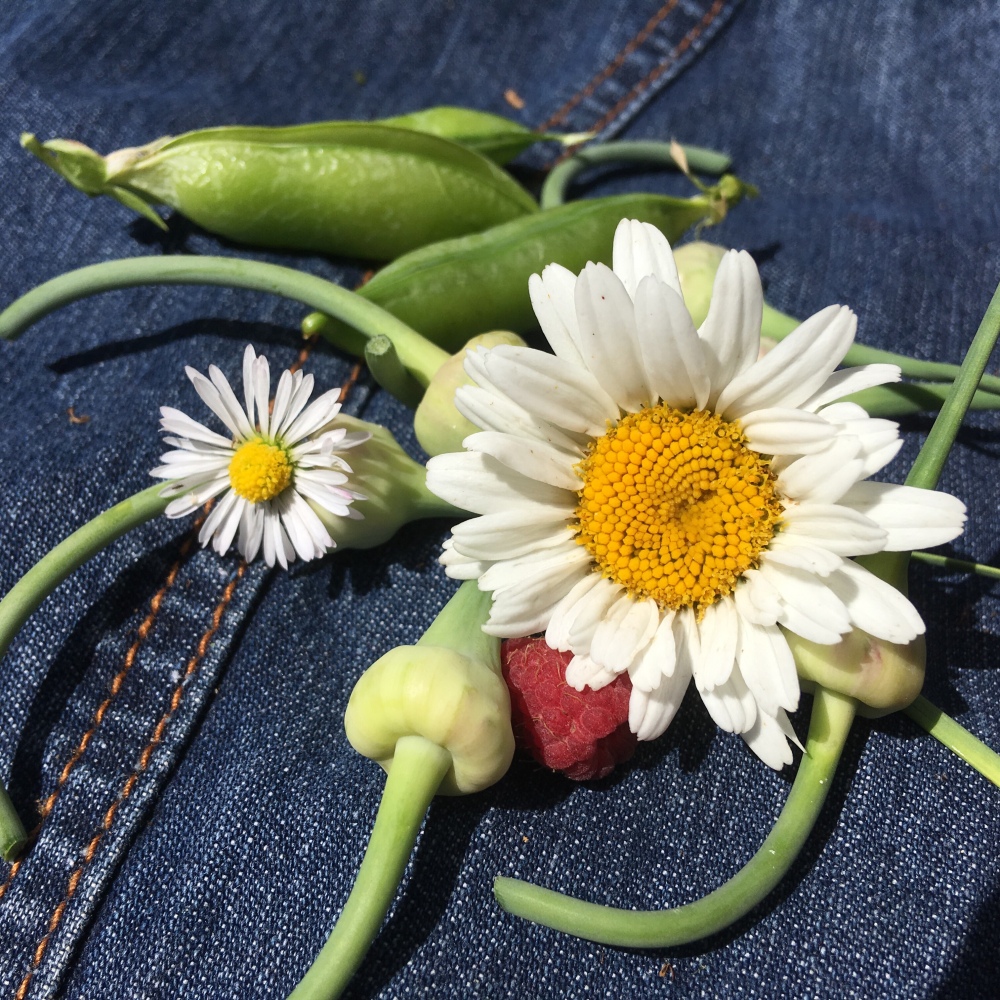 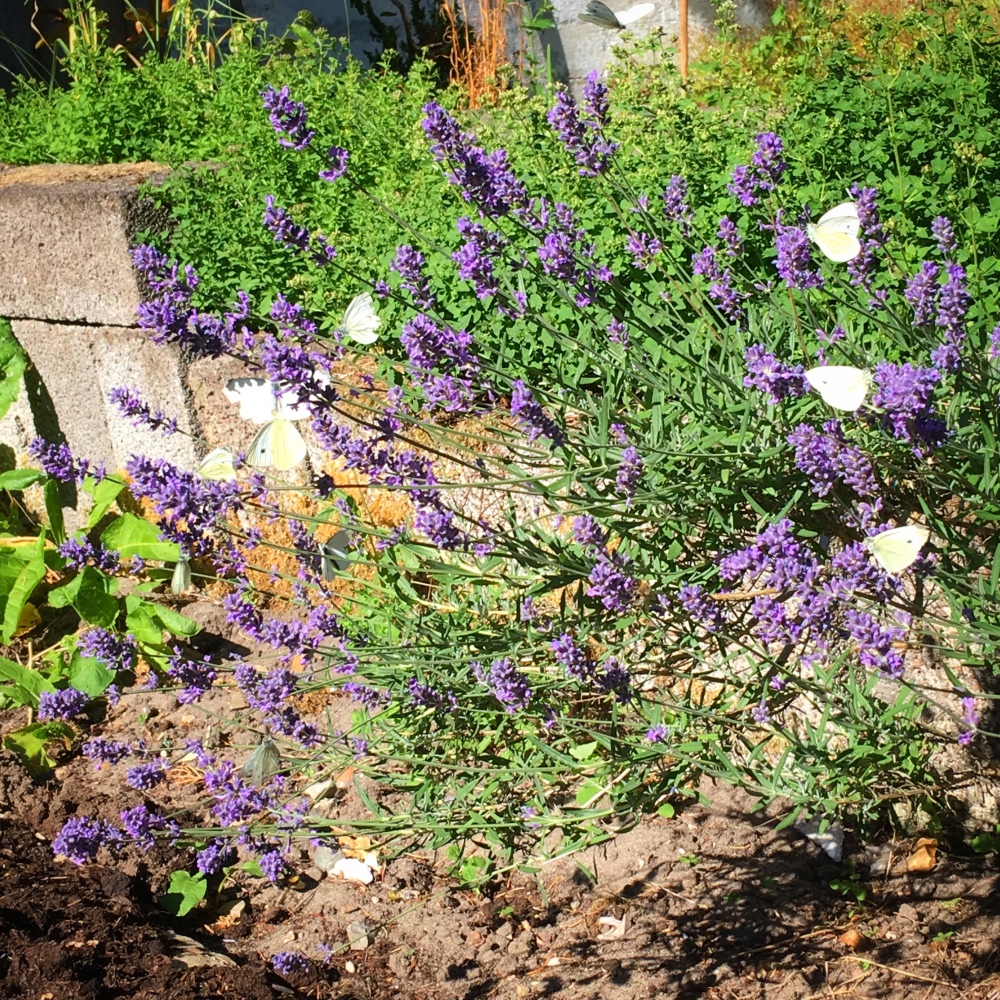 This evening after Steve got home (with icecreams! ohhh the kids cheered!) we cleared all the twig detritus away from where we wanted to set up the tent for my brother and his kids when they visit next week, and dug out the still bubble-wrapped removals package that was labelled “tent”. Two and a half years it’s been stuck in that bubblewrap: it needed airing and putting up so we could check it over and hope it was still serviceable. 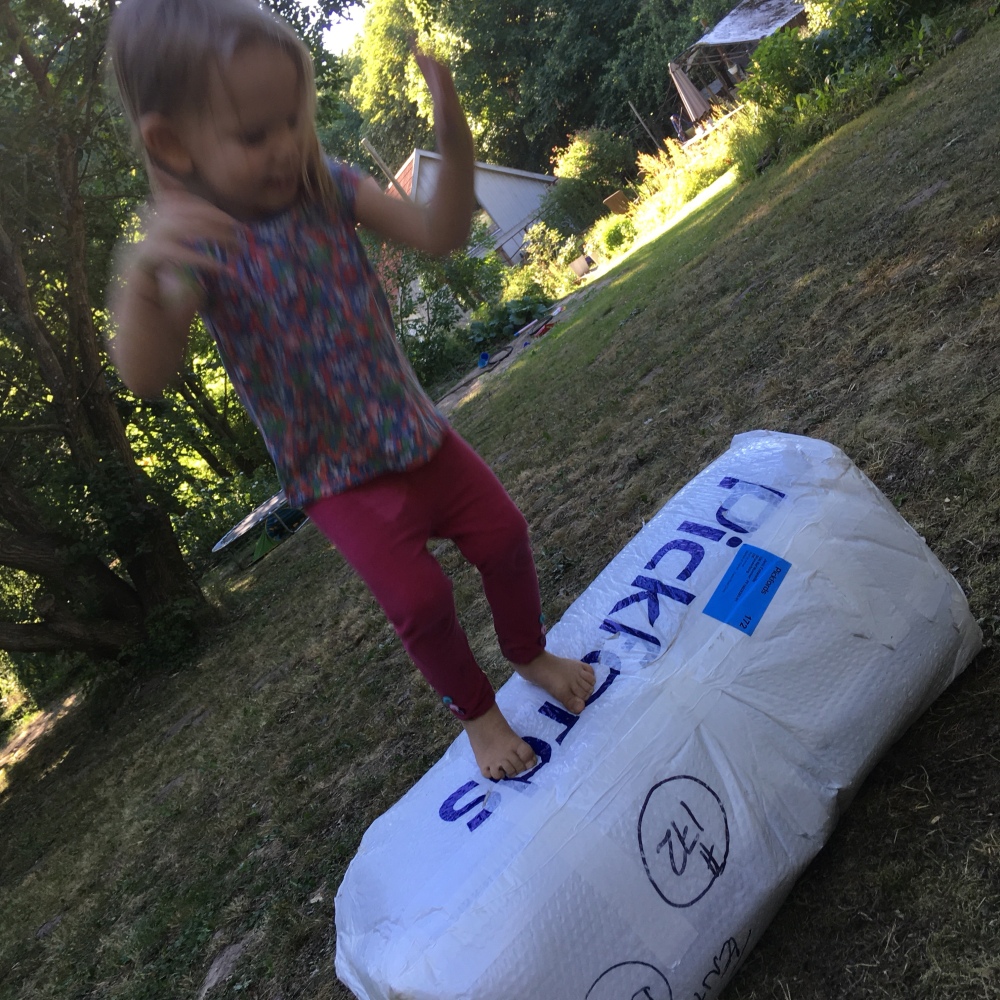 It even smells of happiness.

It’s helped keep us sane through some seriously trying years, yet it has nothing but happy memories in it. It was a joy to put it up, with all the feelings and emotions it evoked. 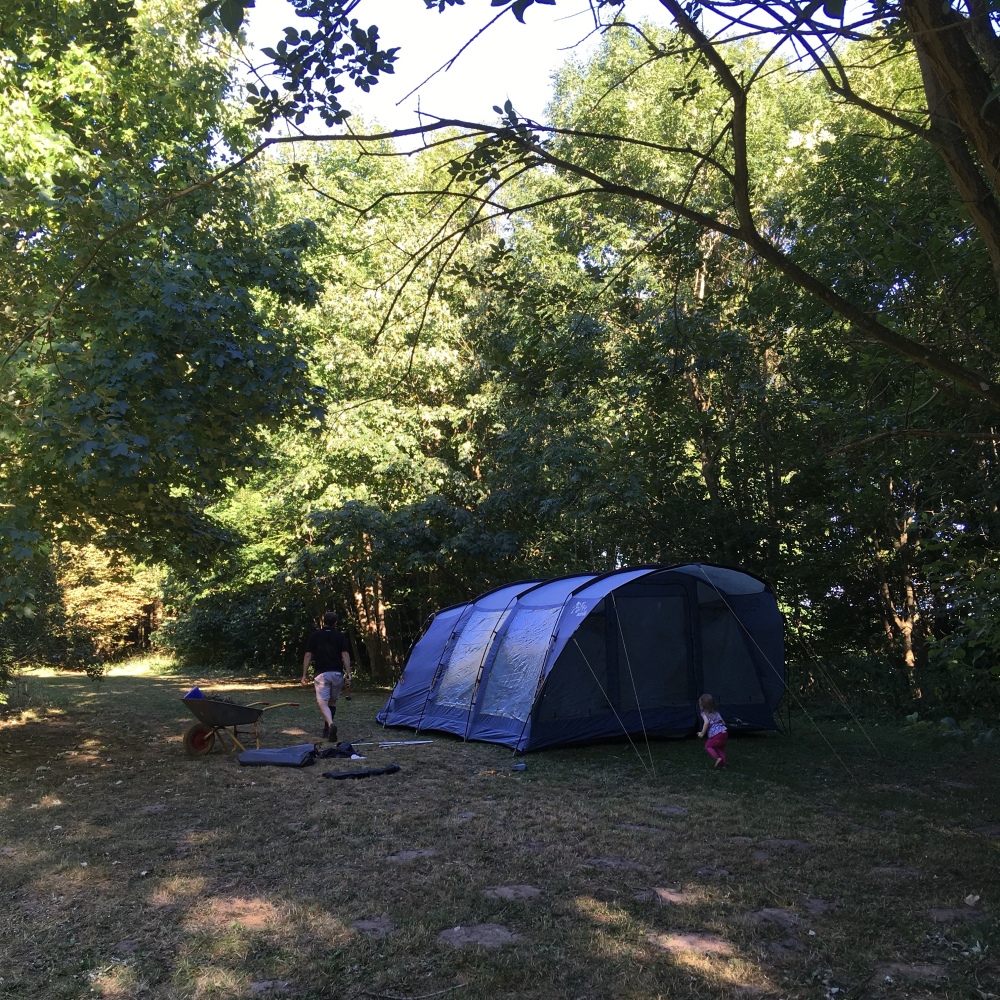