Funny old day. Got up earlyish and started making a loaf of bread. Had to go into the stable for chocolate milk, and discovered that the hosepipe taking water outside had sprung a leak, soaking a whole load of our still in storage stuff. No flooding as there’s a drainage channel, but constant a spray of water over a day and a half gets things pretty soggy. 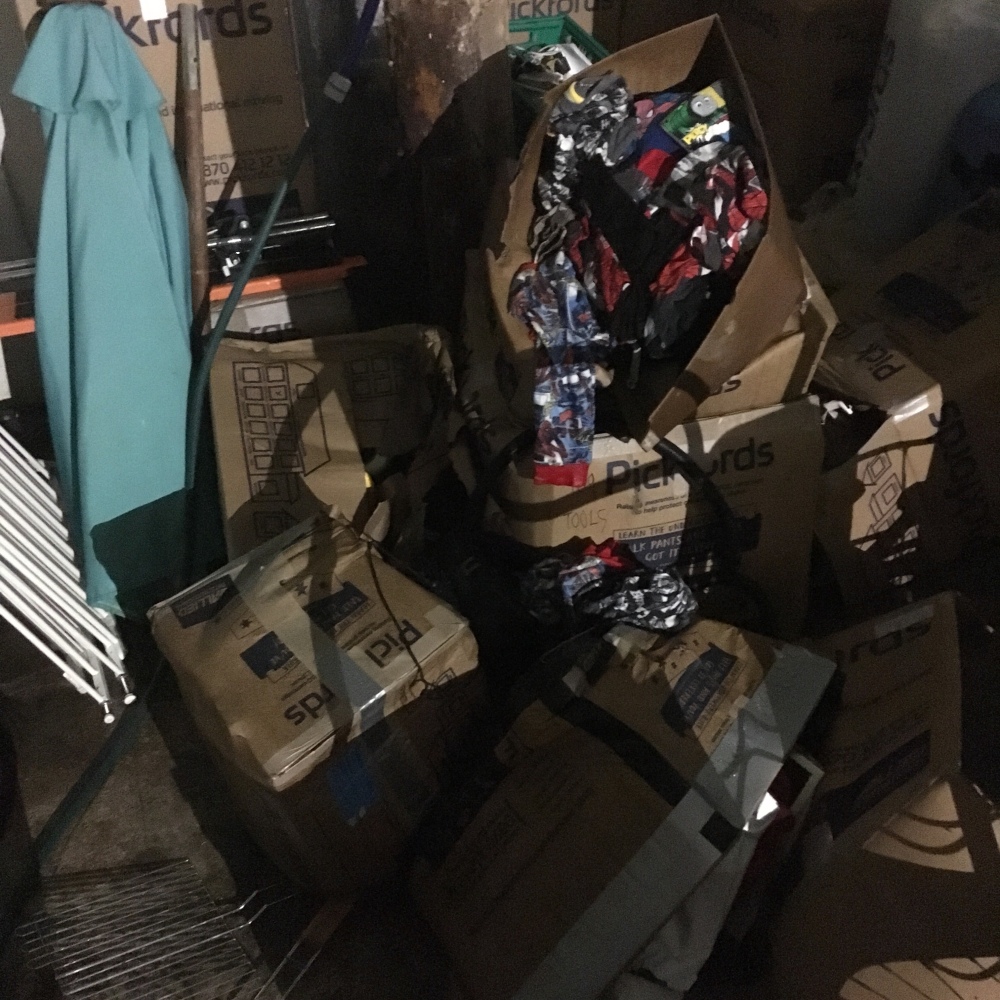 It was painful. At least the very first box was just old clothes being saved for making into quilts and blanket backs, so they could go straight into the washing machine. But the next was a box of memories. Paper memories. It was so so painful spreading them all out in the sun to dry. They need going through separately from today when the water damage trauma is not present to assess which to actually keep and which can be recycled into paper making and which are beyond salvaging. 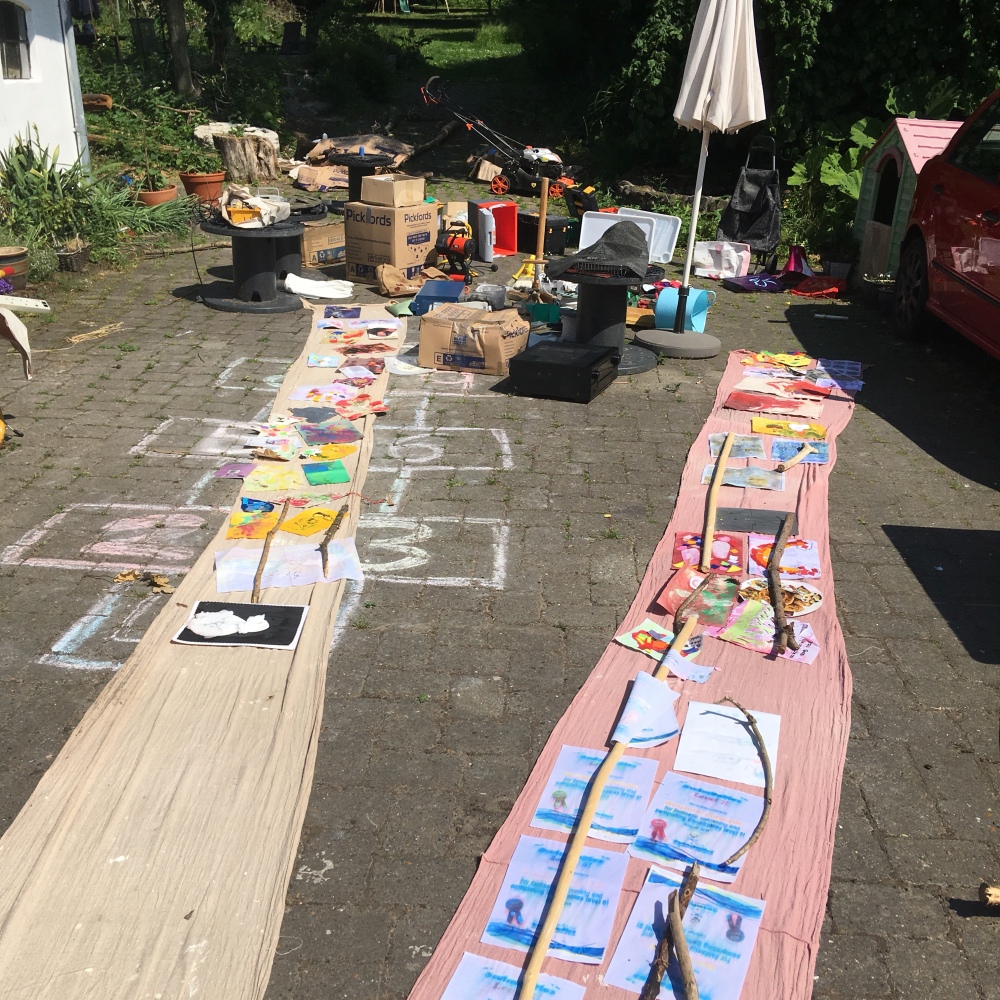 There were a lot of tools soaked through as well but the sun dried pretty much everything off, it was the sorting and putting things away that was the difficult bit, trying not to just dump everything back into a box again.

We did find a bunch of my paintings too, which had been unlisted on the packing list, and one box didn’t have them mentioned on the box either – I’ve been trying to find those paintings for over two years, so that’s one good thing I suppose. And thanks to mum’s (and my) obsessive wrapping them in clingfilm before the removal people did their bit, they are unscathed! Need to put them up somewhere now 😍 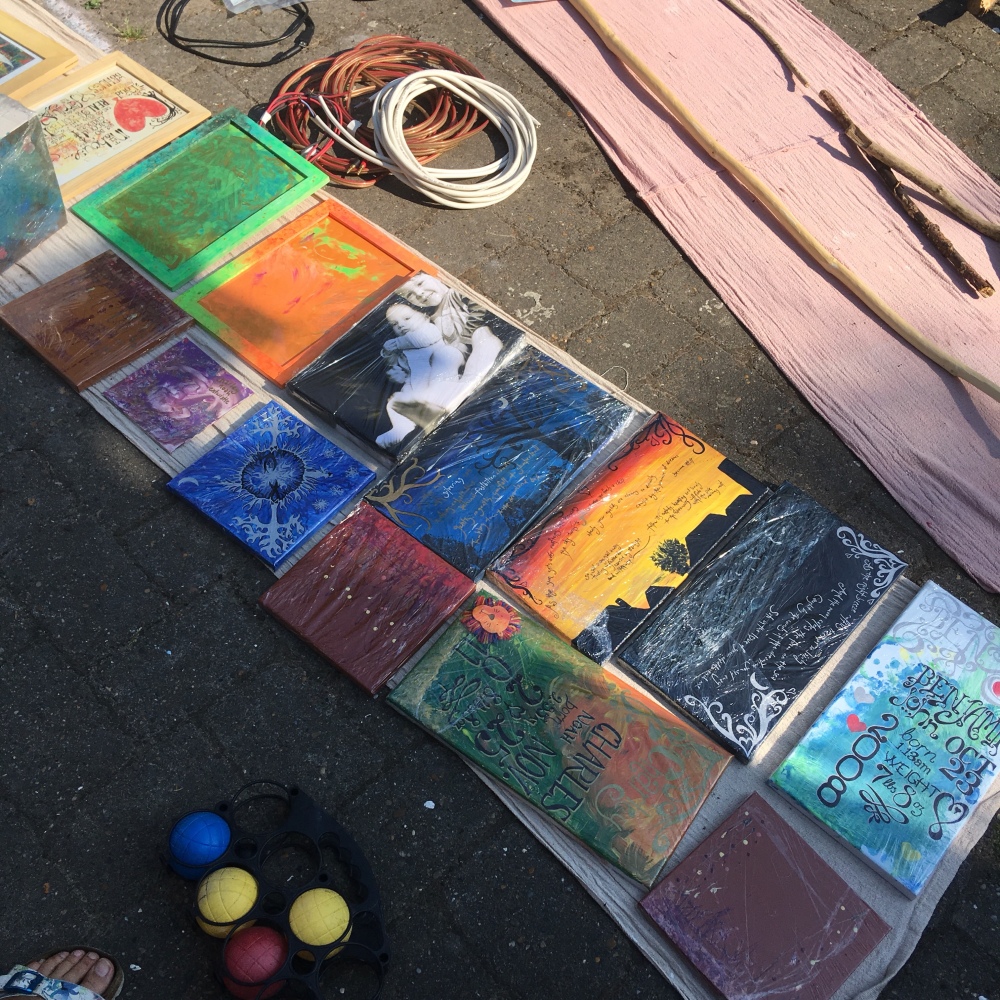 And you know that twitter thread, things you should have achieved by age 35? Yeah well we might not have twice Steve’s annual salary in savings (what are savings?! We’ve never been able to have savings!) but we certainly have more than a couple of boxes full of random cables saved “just in case” although half of one box is at least now minus all its potentially useful connectors (at least they take up less space than entire cables I suppose)… 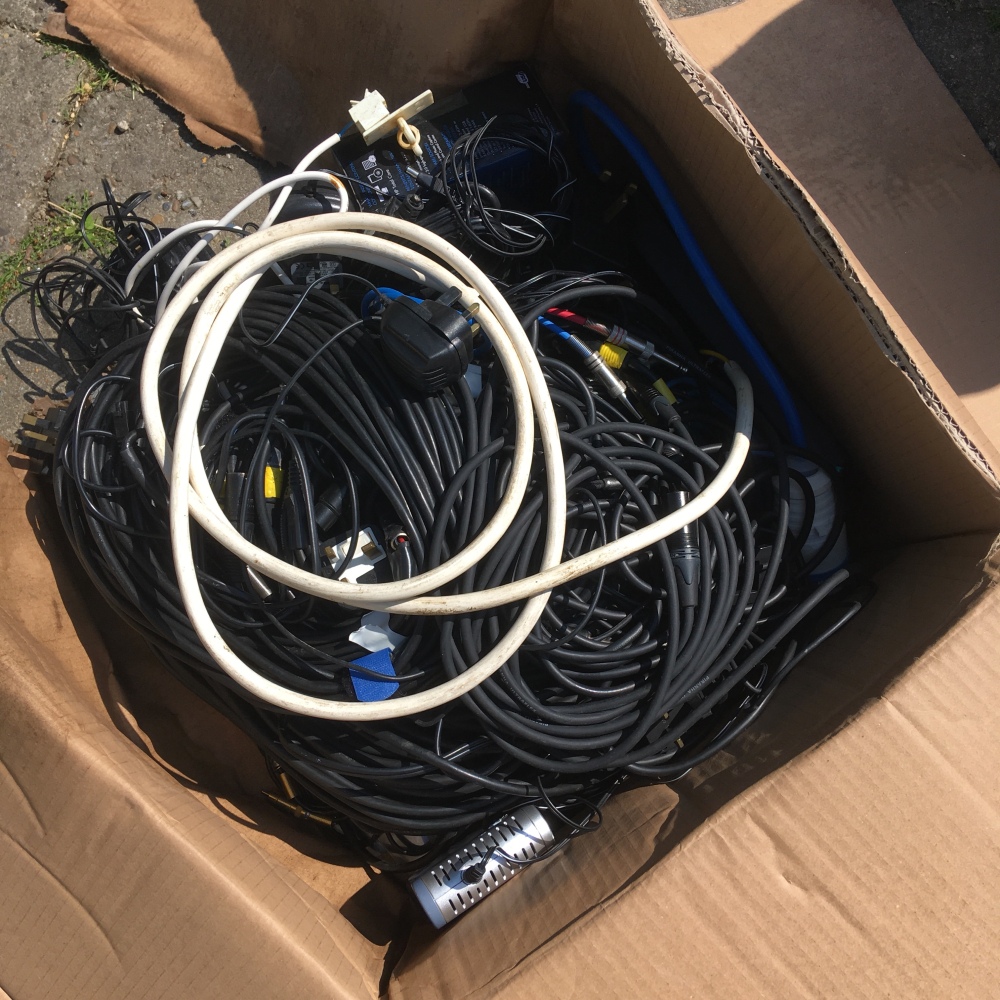 It took all day with many breaks for mopping up tears (from me) and another “I need cheering up” break where I went for a quick scout around to find a few flowers to cut to bring indoors, 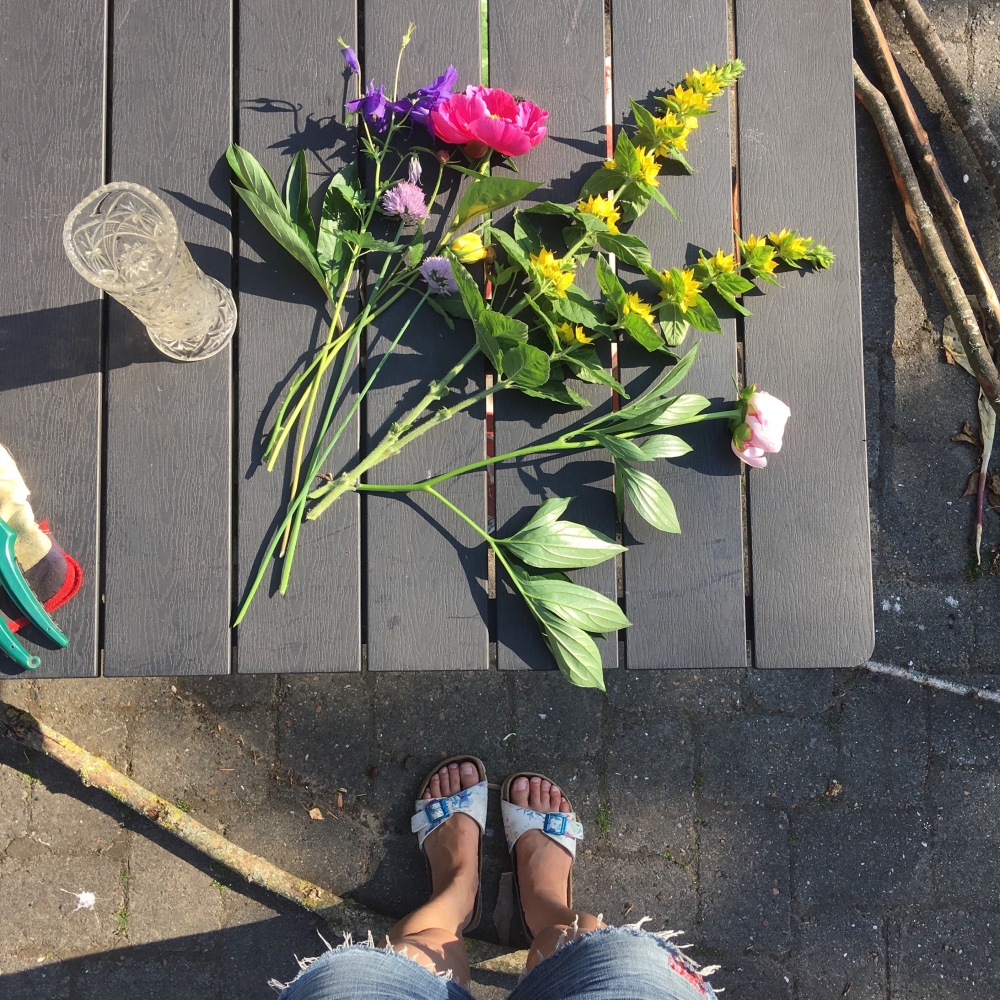 It provoked a lot of thought and reflection. It always seems to take a crisis to force us to deal with stuff. There’s always so much stuff needs dealing with all the time anyway, we don’t really have regular days where we can slack off and relax which we could otherwise sacrifice to deal with boxes and storage. Nasty colds are enough to put us behind on regular work.

Aside from that, these bits of paper, these paintings and cut-and-stick activities that Ben did when he was under 3 years old, they are bittersweet emotional memories from a time when we thought things were going to be a lot simpler than they turned out to be. I miss the ease of taking one child to a playgroup. I miss the friends we’d started to make from our first big relocation. I miss singing, playing bass guitar, being in a band. I miss a lot of people and stuff and it hurts when I think about it. When I spend too much time thinking about what I miss, I forget to see what I have. I need to let the past be the past, I need to take all these papers and breathe them in, then let the pain go so it doesn’t hold me hostage any more. Then the memories can be just that. Memories.

After we’d got the final child into bed (very late, we were still getting the last bits away in the dark at 10.30pm) we decided to actually sit and watch tv together for a bit despite being shattered. Lights dimmed, front door open, fly netting in operation, letting the house cool down a bit. Smudge came skittering in. Kept an eye on us as she quickly and thoroughly investigated every inch of the living room (and kitchen I imagine) like the cat ninja she is and then off she scarpered. She is a funny bean. I wonder if TigerMochi has been telling her how lovely it is in here and she had to come and check it out for herself! We were so surprised by her appearance that we totally forgot to say thankyou for the mouse-gift that had been left near the garage. She has the look of a cold-hearted killer. I would not be surprised if when we finally get cat flaps etc sorted out that we start finding gifts brought inside. At least we’re unlikely to have to catch those gifts ourselves though. She’s a good mouser. Still not had any more signs of mice or shrews in the house since they got into the eaves that time!!