So… half an hour to write up the day? Ok, so I finished off the rhubarb and ginger bread and bitter pudding for breakfast (how silly of me to think it would last three servings!) while the others had pancakes. Steve had already been out cutting the grass by the time I surfaced, and headed back out after they’d finished. Hot hot hot again, 25C today.

I got the laundry done and out, had to put the airer in the shade to make it bearable to work, then shifted it over to the sunshine to dry; then headed up to the strawberries to try and get some more weeding done while they were in the shade.

Struggling with “work” again. I’ve been through this struggle time and time again, and every time it’s hard, and every time I know the truth but struggle with validation. As part of my language course I decided that in order to learn enough vocabulary and talk coherently enough about my daily life and my “job” as two separate topics, I’d actually separate them and figure out what it is that I actually do here which is separate from raising the children and taking care of the home.

I did it so successfully that now I’m having a really hard time recombining them in my head because actually although they are different, they’re one and the same life and so intertwined that they’re not really separable. I couldn’t focus on weeding the strawberry patch because it felt such a frivolous waste of time. Nothing that I do in our garden this year – or even next year, in all likelihood – will bring in any revenue. And therefore, in my head, it’s frivolous. Nothing more than a hobby. Not “proper” work.

Even though I KNOW that what I am doing is investing: investing in my mental and physical health and in that of the children and Steve too, investing in the garden so that we can look forward to growing our own food and work towards an ultimate dream of being largely self-sufficient, investing in learning new skills and experimenting to see what skills could be viable for use around the smallholding and what could potentially also in the future generate some revenue; I still struggle with it.

So. Hugs and chats and validation from Steve, and maybe also writing it here will help to validate it in my own head as well.

Steve has spent all day cutting the grass. The lawn, the patches by the side and in front of the house, and the roadside as well- and discovered the neighbours who we hadn’t met yet were moving out having had their house up for sale for a while (since before we moved in, so we’ve not scared them off!). Then he spent the evening turning and watering the compost, and finished by fixing up a reel to keep the hosepipe on. All while suffering the onset of a cold and hayfever. He is my superman! 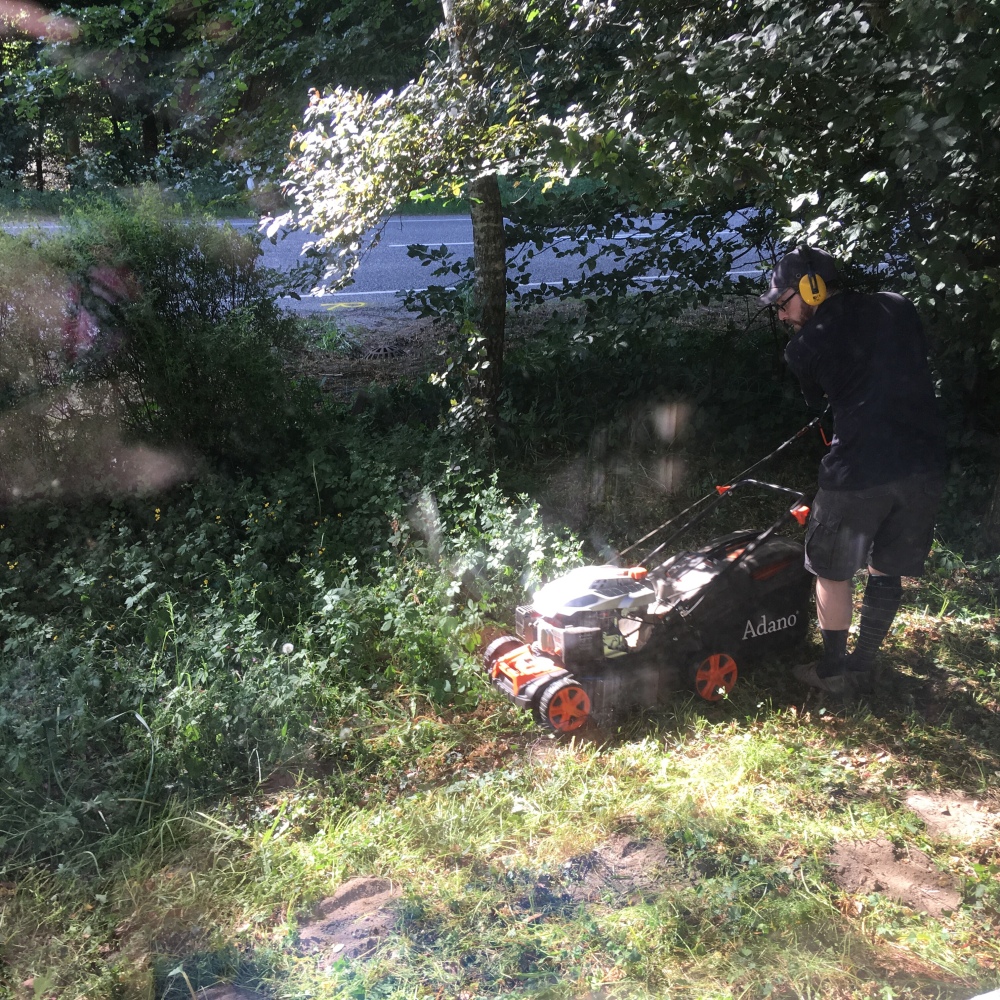 So I then struggled with the fact he has been a trooper all day and I’ve done…. nothing?!

I plugged myself into some music (Foo Fighters / The Sky Is A Neighbourhood, and Fall Out Boy / Expensive Mistake) when my brain wouldn’t shut up and danced out in the garden with my poi for half an hour. The boys saw me from the living room, came running out in total awe, and when I sent them away (‘cause I’m not yet at that place where I can dance like nobody’s watching when I know people are watching!) they ran and yelled at Steve “dad you HAVE to come see this, mum is AMAZING!!”

I brought back two barrowfuls of leaves for the compost (three weekends of cutting the grass and the first bay is almost full!) to balance out the grass clippings

I pulled out yet more grass from the flowerbed and discovered pretty white flowers hiding in there, which I’ve got as far as wondering if they might be glory-in-the-snow but it’s completely the wrong time of year for them so I’m puzzled (there’s more in the front garden too)

And I stole Steve’s chance at having a shower…. 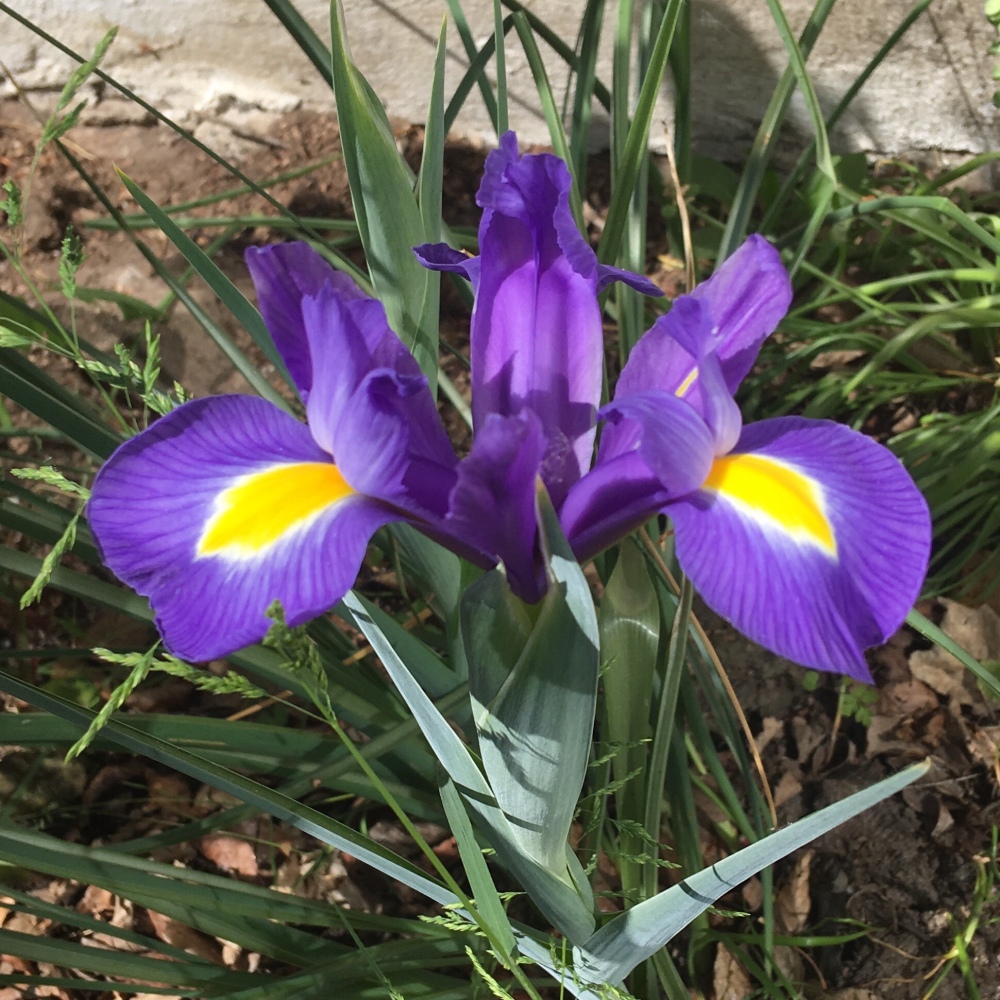 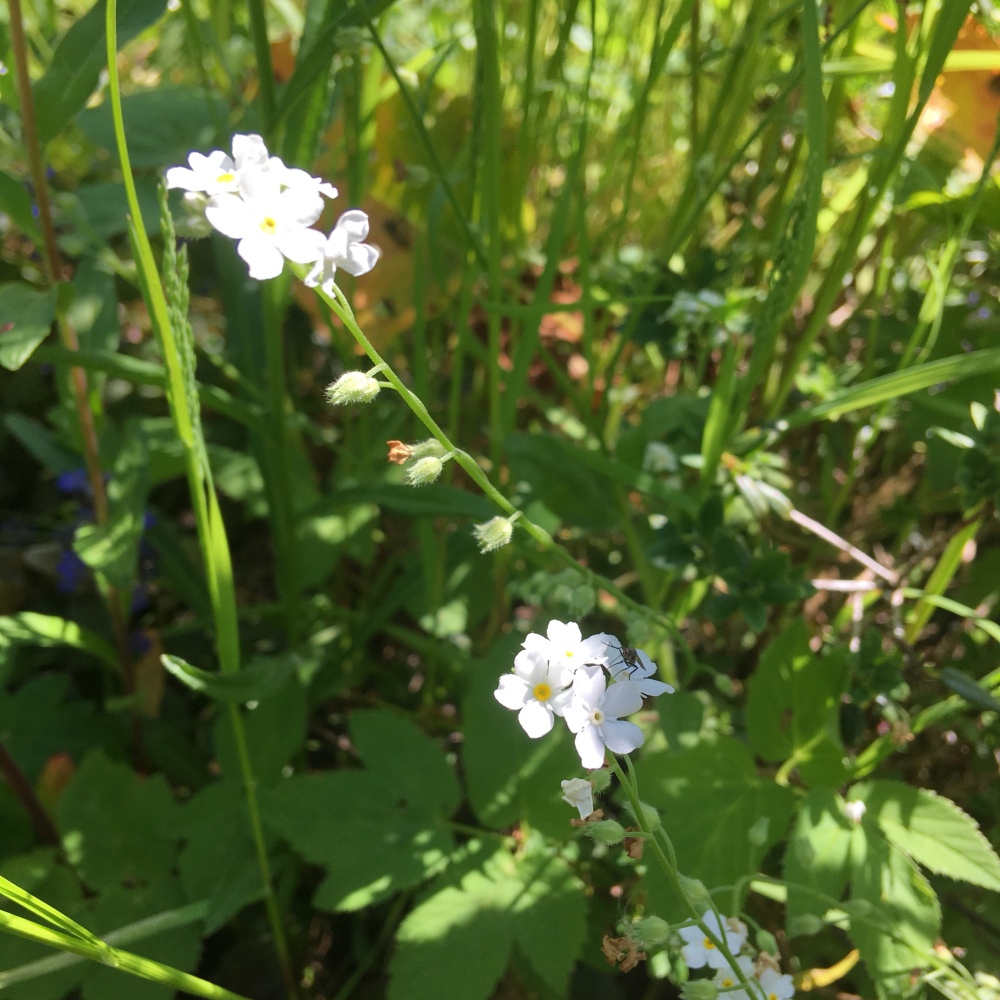 The huge “tree of life” as the boys have christened it is not an apple or pear tree, but very likely a cherry tree (they smell like cherries anyway)

And the smaller one near the lilacs is either a pear or apple tree.

My garden is incredible. 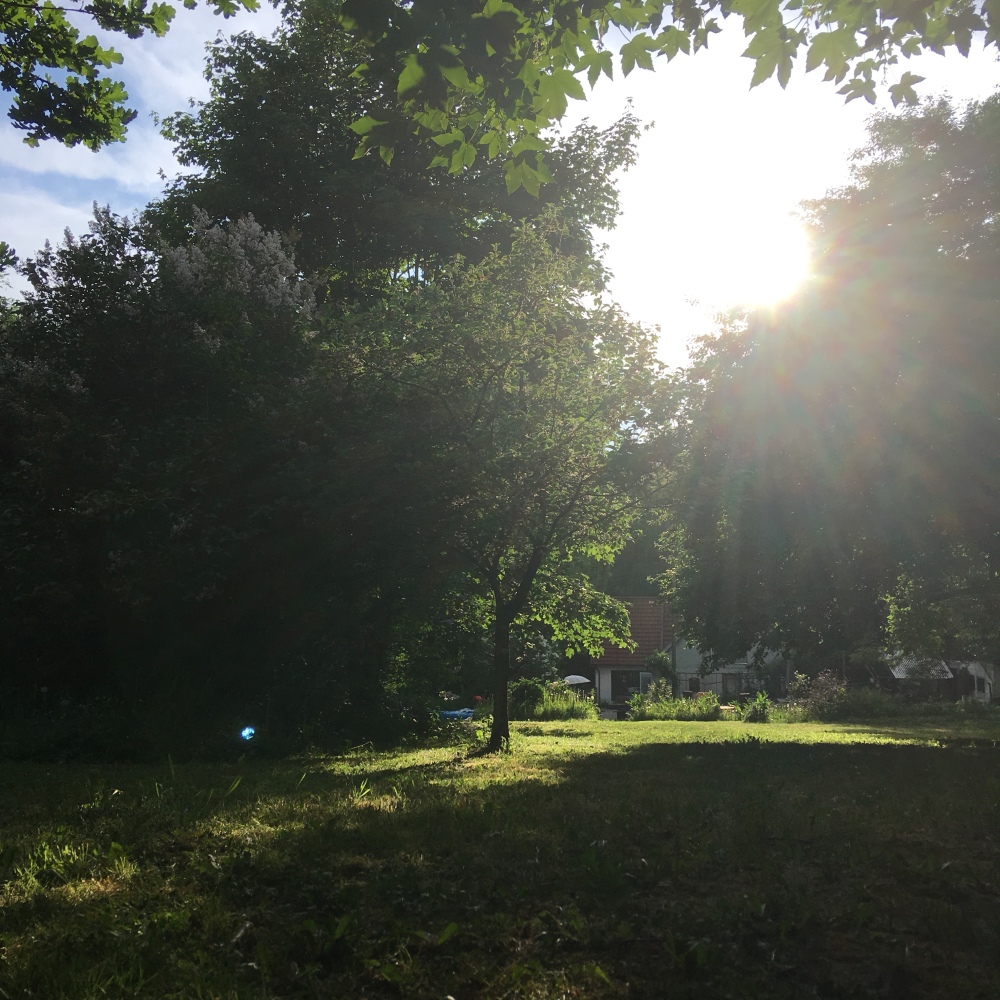