Sneaking 10 minutes to myself to have breakfast in the sunshine… I could hear the children from here, it’s always a fine line between them yelling as part of the Minecraft roleplay or yelling because they’re getting mad at each other…

And I deliberately only gave myself a really small to-do list today, as it was school this evening. Water the plants, put laundry away. Finish that line of stitching on my skirt so that if I get chance tonight to finish Charley’s spiderman pyjama pants I won’t get distracted by the skirt (like I did last night).

Erika’s sunflower seed has poked its head out of the ground to join Ben’s; and there are now three pea shoots from the peas Mette gave me! 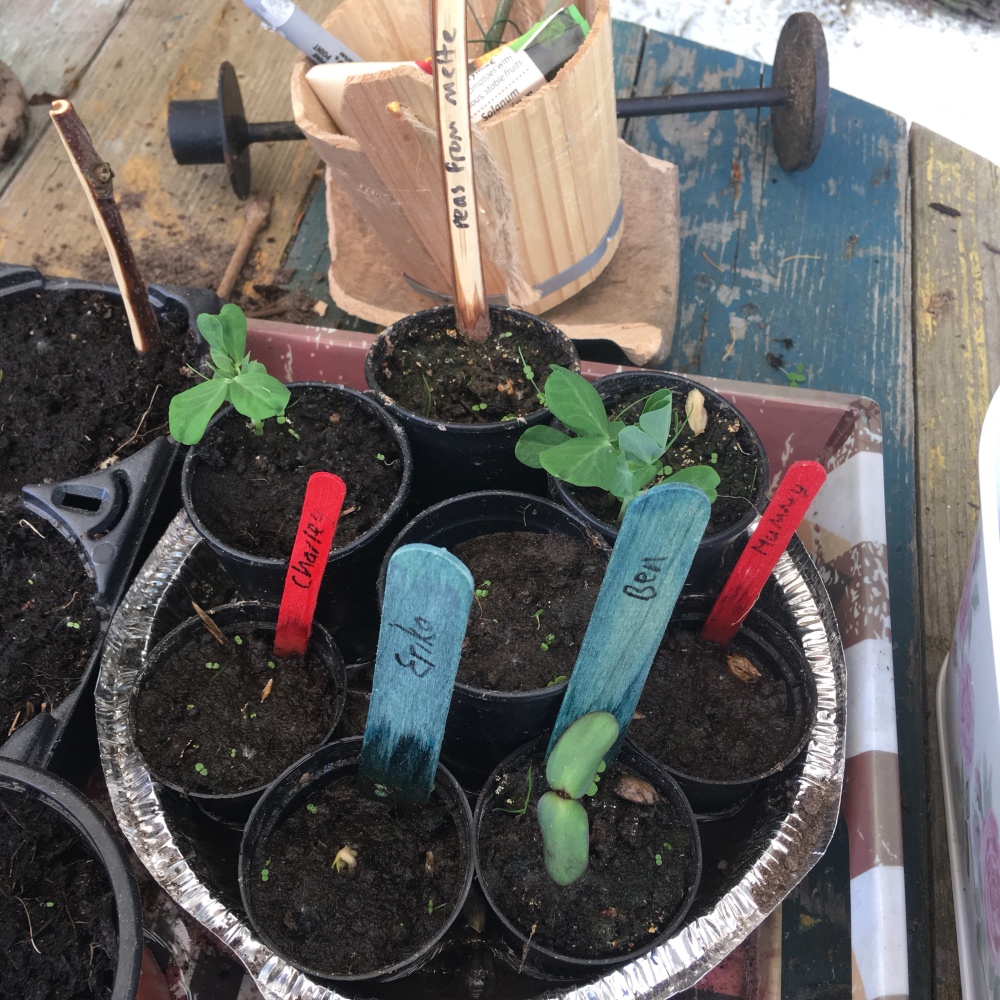 Spotted this small butterfly and managed to get just close enough to get a picture when it finally landed, I’ve not had a chance to ID it yet though 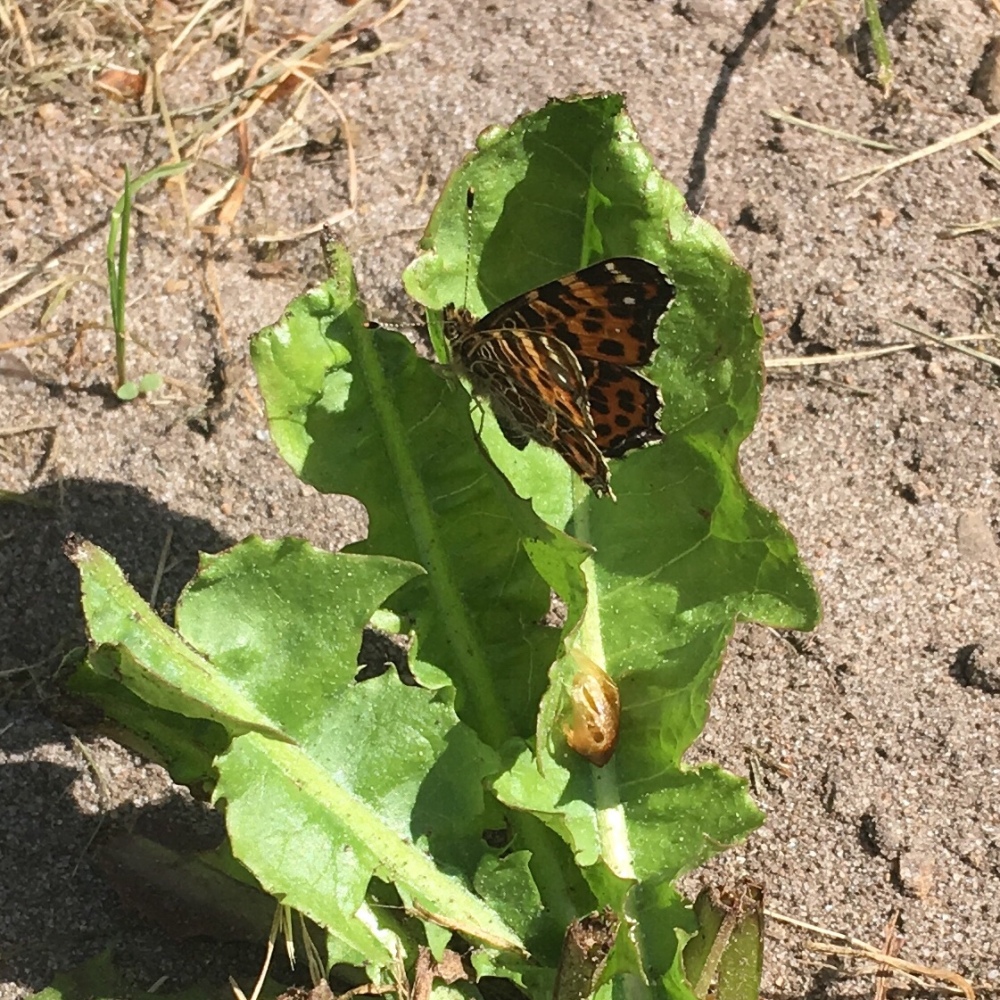 And I have this pot of saved saplings. Lots of discussion on the no-dig page for these little things. They’re popping up all over the old vegetable garden. They’re not ground elder (I know what ground elder looks like, we are overrun elsewhere), but it’s otherwise so generic that it’s impossible for my untrained eye to figure out what they are. The consensus was that they are ash saplings. So I am going to try to save as many as possible, and see if I can encourage an ash grove somewhere in the woodland. Definitely not ones to let live in the veg garden anyway!

I think I did alright! I even squeezed in (it wasn’t that hard) a wander around the garden, and discovered how quick ticks are when they’re running up your leg. Makes me shudder. They seem to like me. I think I might actually need to get some Deet and see if it works, especially as I’m going to be spending a lot of time in the garden over the summer. 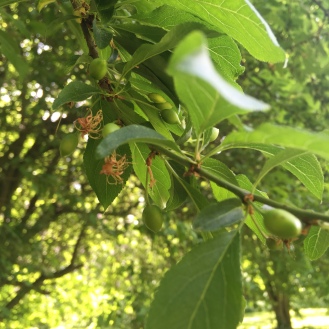 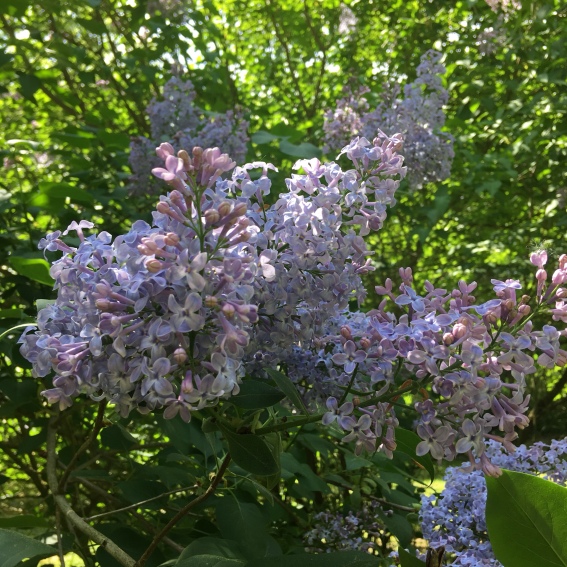 There are also three distinctly different types of conifer in the garden. I took some pictures of their young cones before discovering it’s the needles I need to pay attention to – so I will go out again tomorrow to check out the needles so I can learn to ID them too! 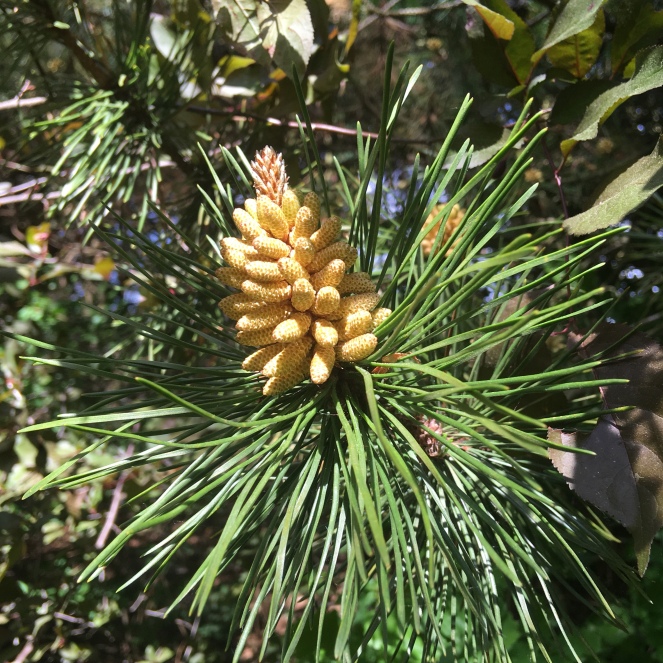 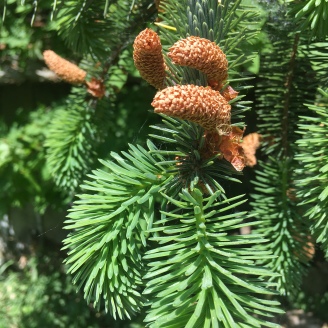 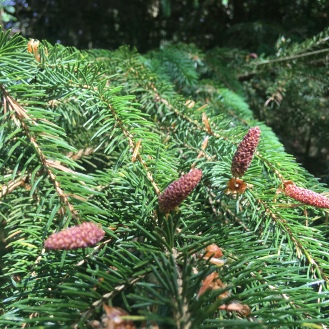 And the greenhouse. I think we’ve actually found the glass for this somewhere. The frame is in a really random place though, quite far away from the main working garden, so I think next year I might try and re-site it for seedlings. This summer it’s a frame for the raspberry canes but even those I don’t really think is necessary because there’s what looks like an entire raspberry thicket growing right next to it which if I leave it be ought to fruit next year! 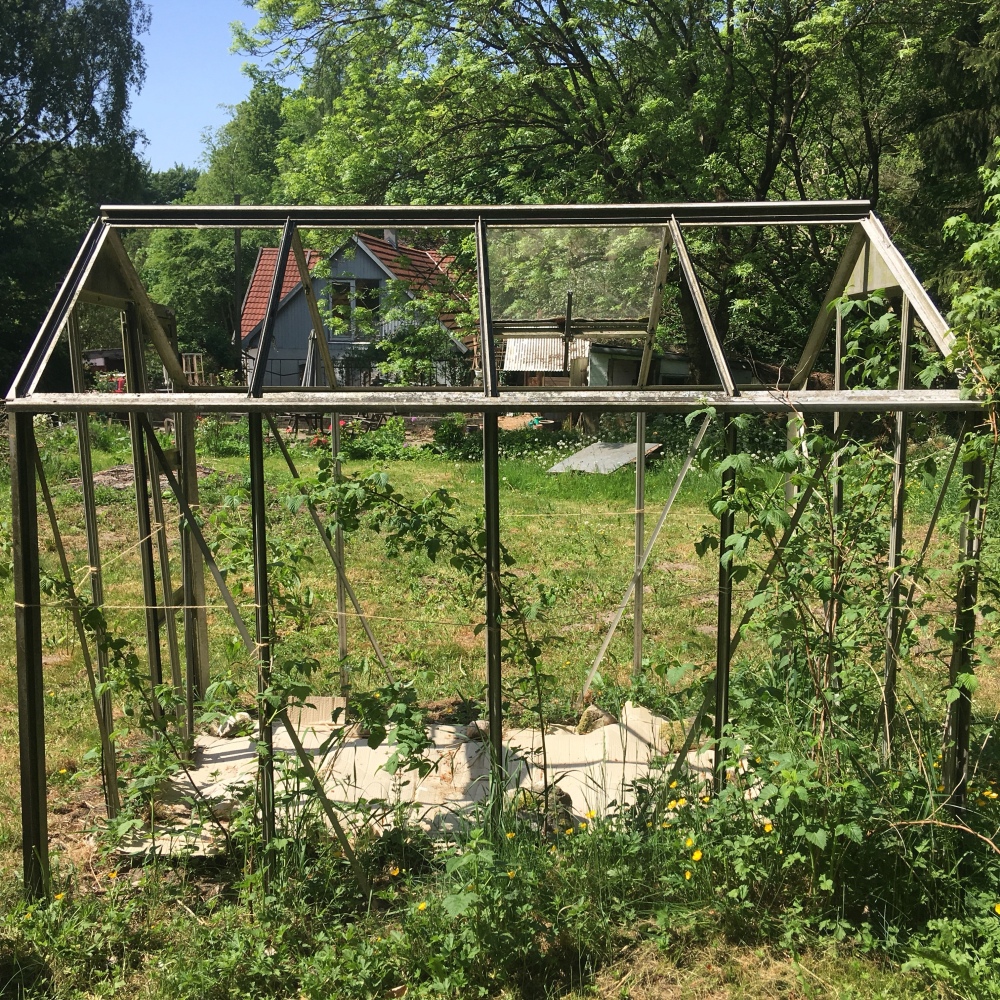 It’s pretty amazing seeing what’s growing here. Every week there’s some new discovery. But today was a school day so off to school I went, practising my language skills, and getting a chance to finally do some work on a sweater I promised myself over a year ago…! 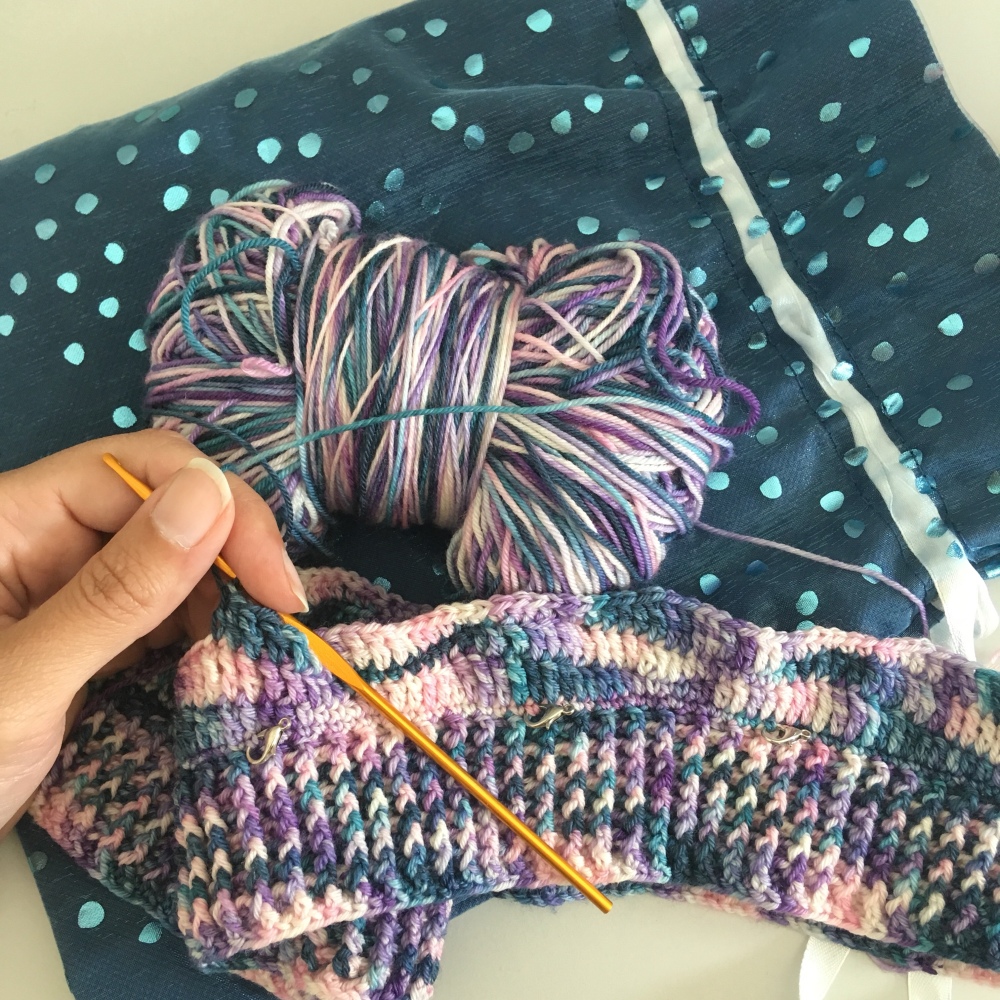