It’s been quite a difficult few weeks, mentally, lots of extra pressures and worries, some bigger than others, lots of little ones, and little control over most of them. Incrementally they just add up and you don’t realise quite how unbearable the weight is becoming until shark week comes along. We’re well past the hormonal imbalance week and I still end up crying because I can’t just run away to my garden (because kids etc) for some headspace recalibration.

Yesterday morning a lot of anxiety crap reared its head and although with it being Ascension Day and a national holiday here in Denmark Steve had the day off and was able to hold me through the anxiety, something’s still not right and today has been a struggle to manage the overwhelm enough to function and care for everyone else too. I can’t maintain focus, can’t remember where I’m up to, forget where I’m going or why I was going there, get distracted really easily, and then spend ages doing nothing until I remember what I was supposed to be doing at which point one of the children pops up with a need and throws my thought train out again.

But. While Steve was at work I took myself outside for breakfast even if it was a bit chilly (and the unrisen scones are indeed really quite yummy, especially with jam and a bit of cream!) 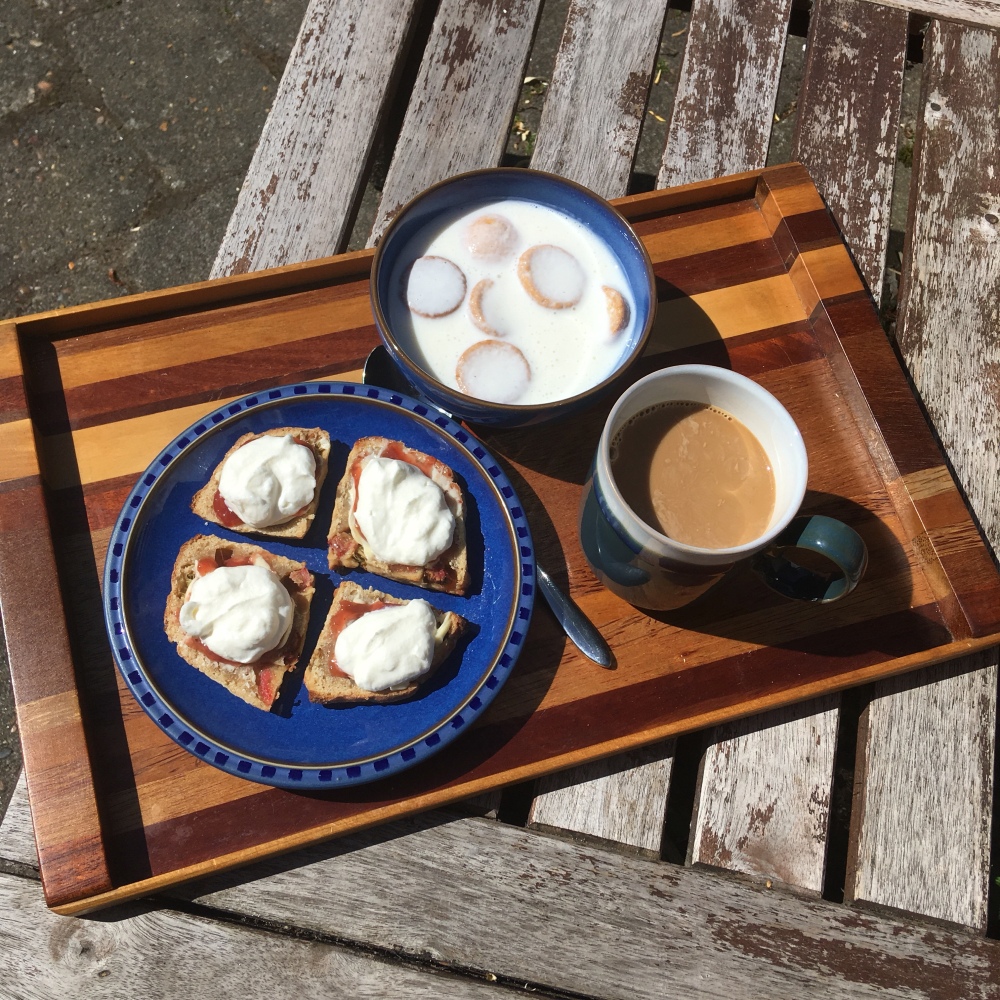 checked on and watered the seeds (one of Mette’s peas has sprouted!) 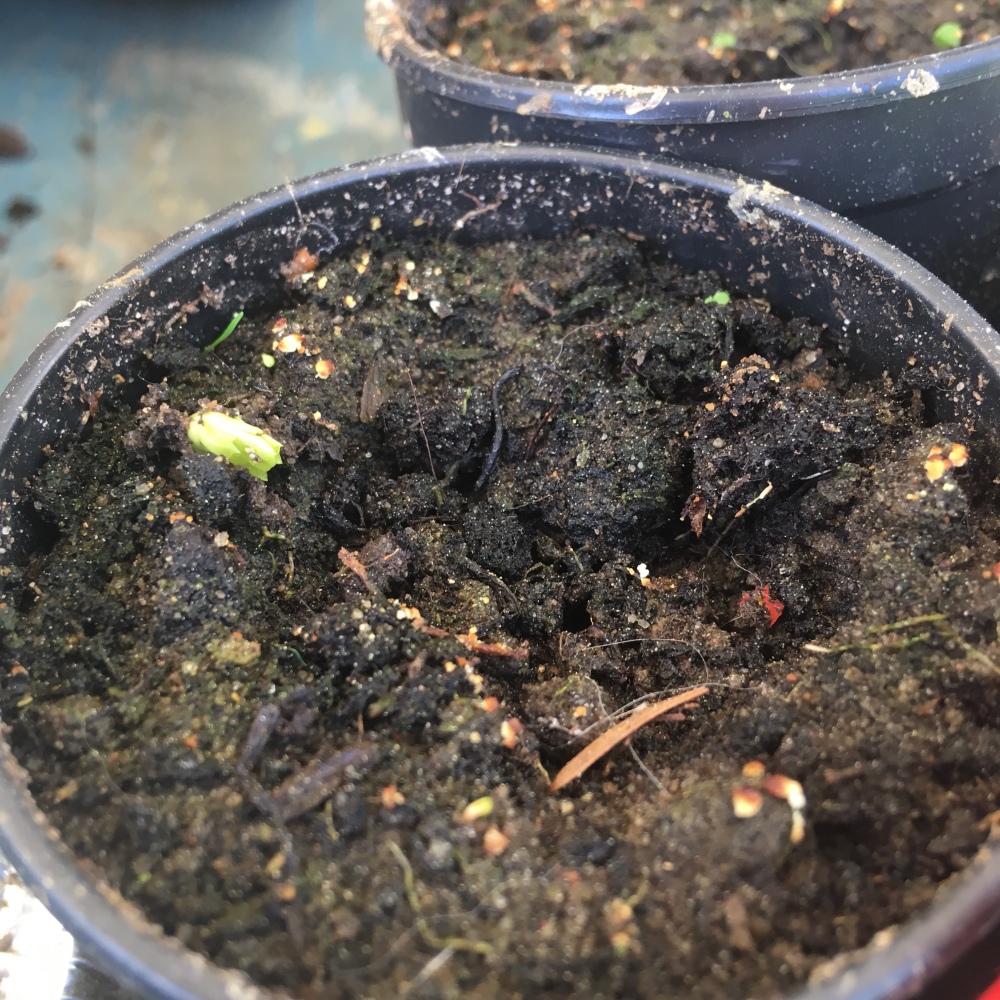 and (possibly) identified and re-potted a random plant I found in the ground while digging. Ladies Mantles / Alchemilla 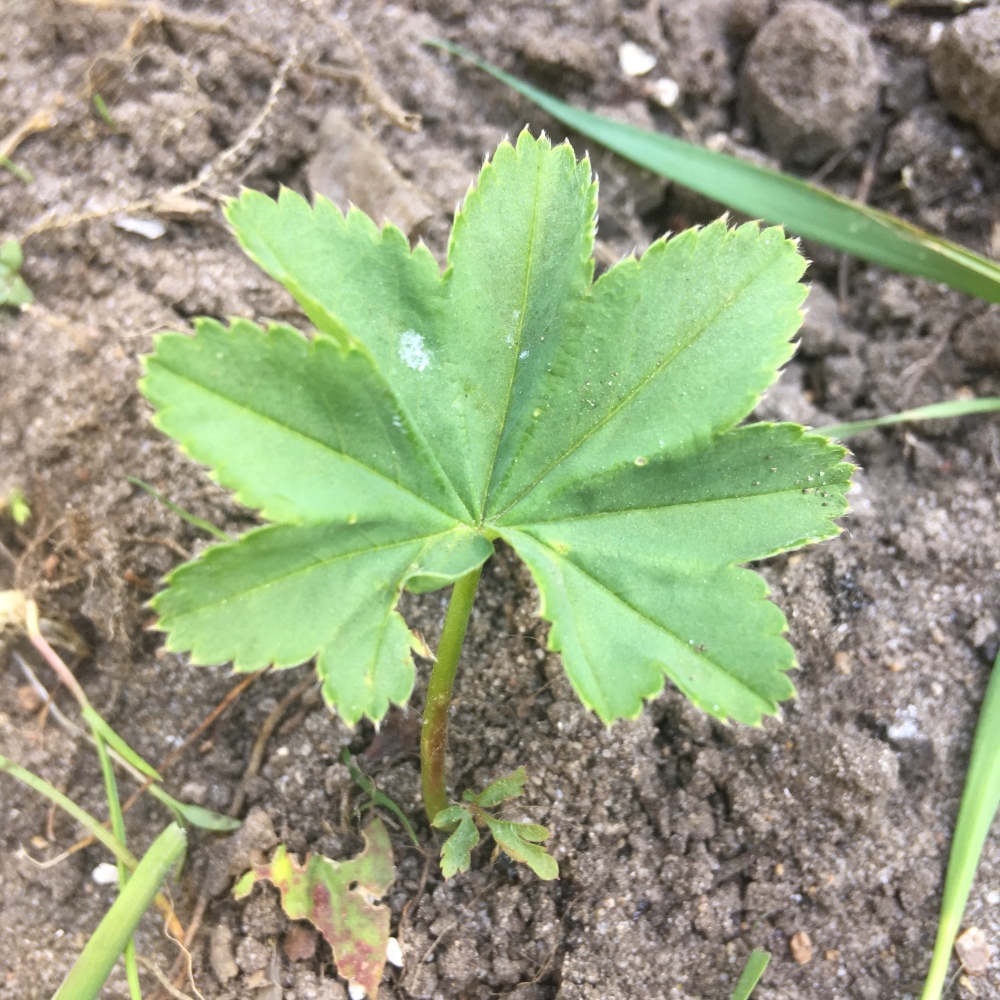 Also identified the cow parsley that’s growing all over the place!

Once Steve got home (with his bike laden with shopping hurrah) the pressure was off me to cope and I was able to relax a little and wander the garden with the kids.

and I remembered I’d found a pair of poi in one of the boxes. A friend in Worthing lent them to me many years ago and they subsequently got lost in the multitudinous house moves and this is the first place we’ve lived where there’s actually space enough to play with them, and they are found! I’m a very lucky girl right now because she’s letting me hold on to them 💛

Then we decided to start clearing the area at the back of the cold frame in readiness for building some compost bays. Have to get rid of the nettles first, so Steve took care of dinner (again – and it was so good, ribs and chicken) while I pulled up yet more nettles so we had non stingy access to the junk piled up there. Lots of junk, lots of rubbish, and a few pieces of treasure – lots of old ironwork, an intact small terracotta plant pot, and lots of plastic plant pots which will come in handy next year when hopefully planting will be a bit more serious.