Today we have spent time outside, 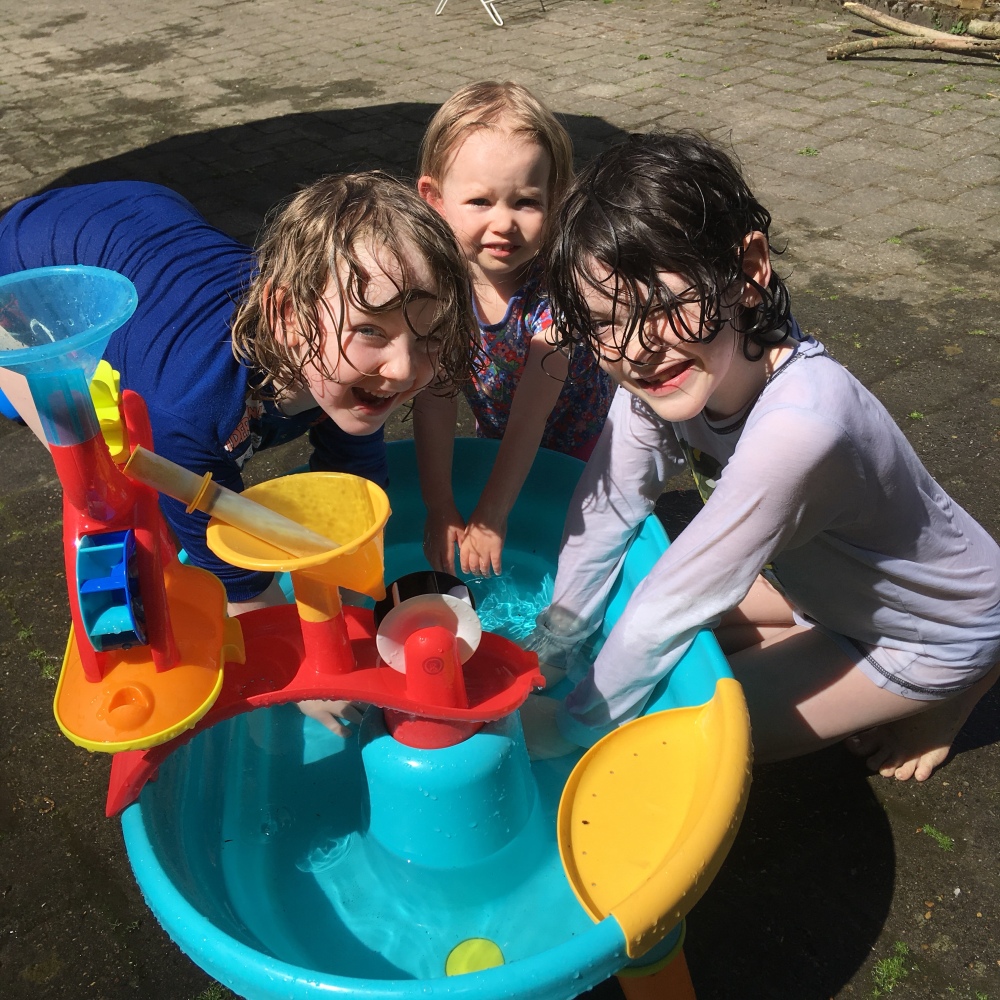 planted the tomato and sunflower seeds that I bought yesterday,

and not been caught by any ticks. And despite me having to take all the painkillers I could for the toothache and headache that I woke up with, it’s been a really lovely day.

I even got chance to just relax for a few minutes. Because sometimes you realise that life is too short not to. I’d already sent the kids indoors to dry off and cool down with drinks. They’d come and find me if needed. Which they did. But it was nice while it lasted!

Of course no day would be complete without some kind of creepy-crawly related episode would it, and today did not disappoint. The boys went running off down the path and came back yelling that there was half of a really BIG bug on the ground. Just half. And boy was it big.

I am not good with bugs and things. As much as I hated living anywhere remotely like a city because too many people and not enough trees, at least the bugs are normal sized and recognisable. Country living is great because I’m basically a wannabe hermit but oh my gosh the bugs… turns out it was a cockchafer, just minus its wing casings (and upper body). Cause of death, suspected, one of our awesome bats.

And then because toothache and headache and trying to gather water play stuff together and failing at connecting the hose Steve sorted yesterday while feeling very underprepared for a heatwave requiring water play stuff wasn’t enough, I went into the small shower room to fill the watering can to fill the water play table with and there was a huge beetle on its back next to the washing machine, waggling its legs half heartedly in the air. I put a glass over it so I wouldn’t have to go hunting for it and considered leaving it for Steve to relocate later on but felt sorry for it and managed to take it outside once the kids were happily playing. 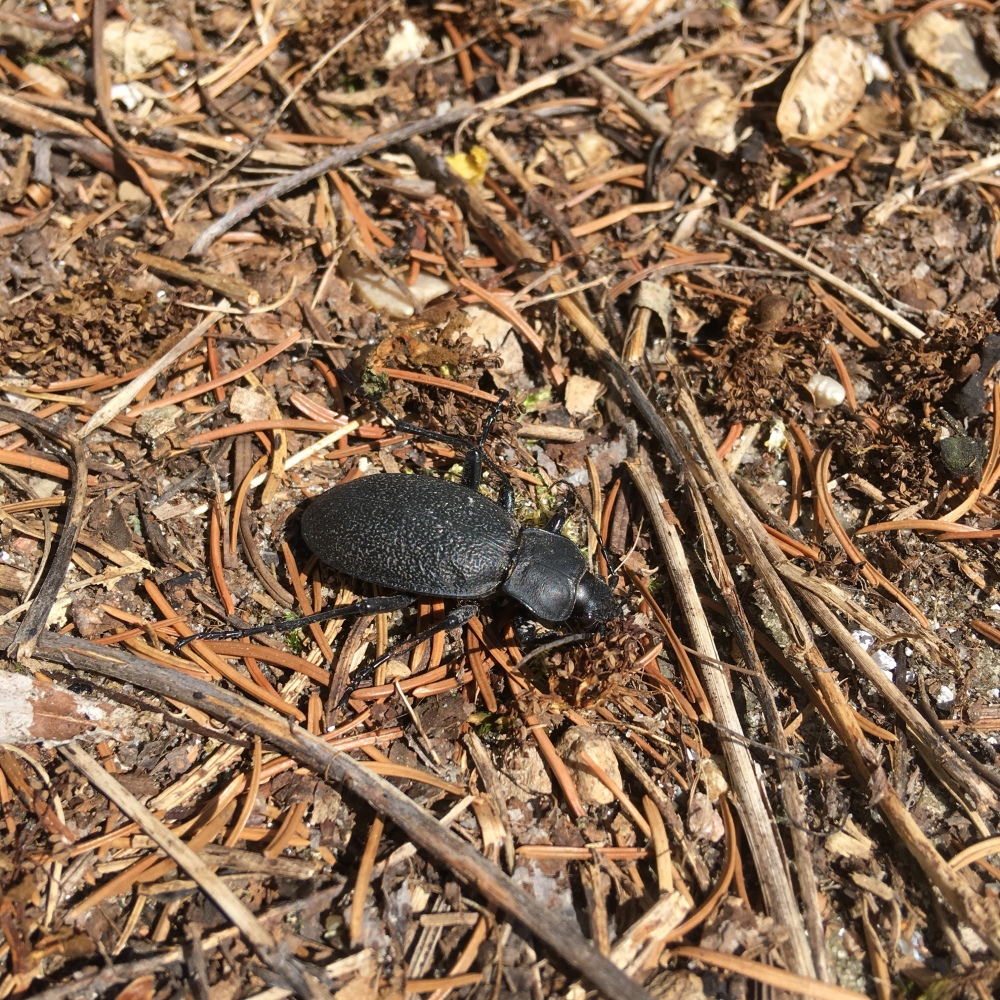 On my potting table at the moment, in various labelled pots, there are sweetcorn, peas, tomatoes, sunflowers, an acorn, a conker, a strawberry plant, some random onion type thing that was in one of the raised beds, and a thing that looked like a small red potato which I have no idea if it’ll grow or not but I’m curious to find out (it was also near one of the raised beds).

Under the potting table there’s some stinky nettle “tea” brewing. Next to it I have the newly potted-up broad beans, a horse chestnut sapling, an elm sapling (as ID’d by my mum who noticed its irregular leaves), and some random leafy probably flowering weed that one of the beds was full of and I’m curious to find out what it is. 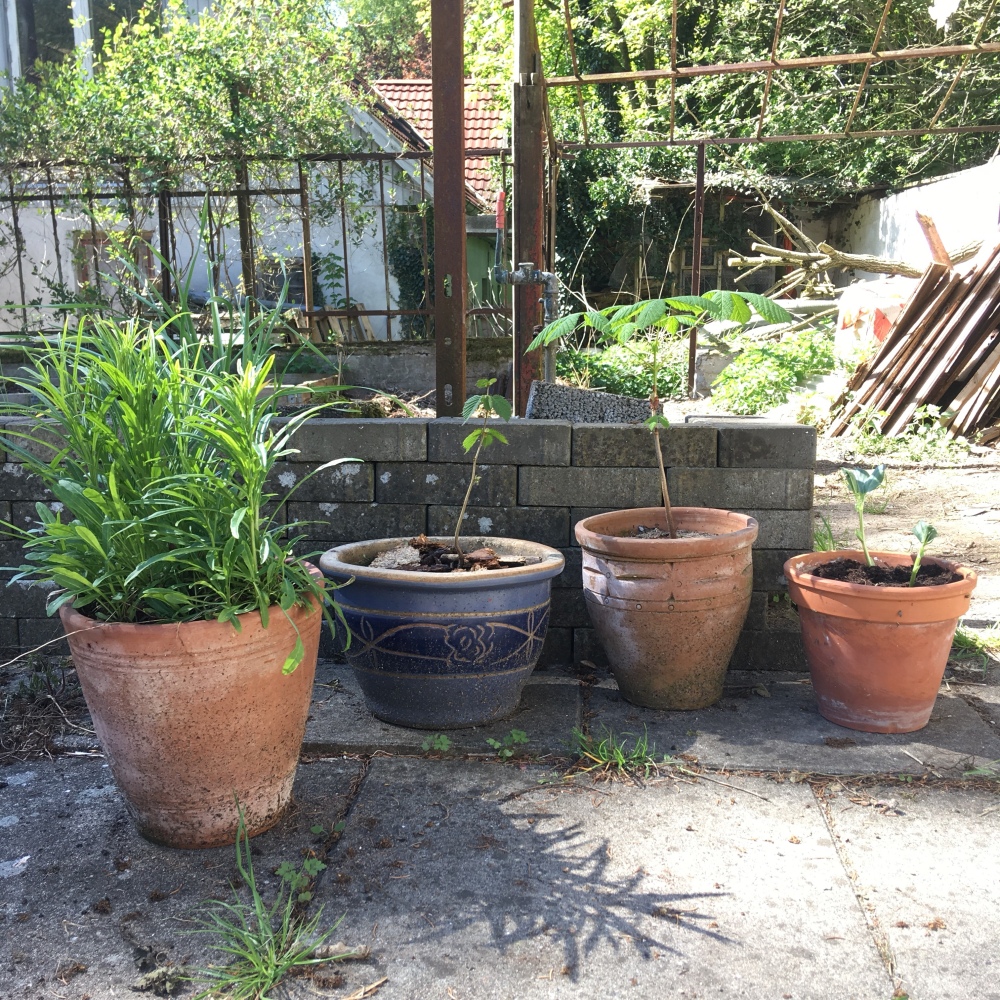 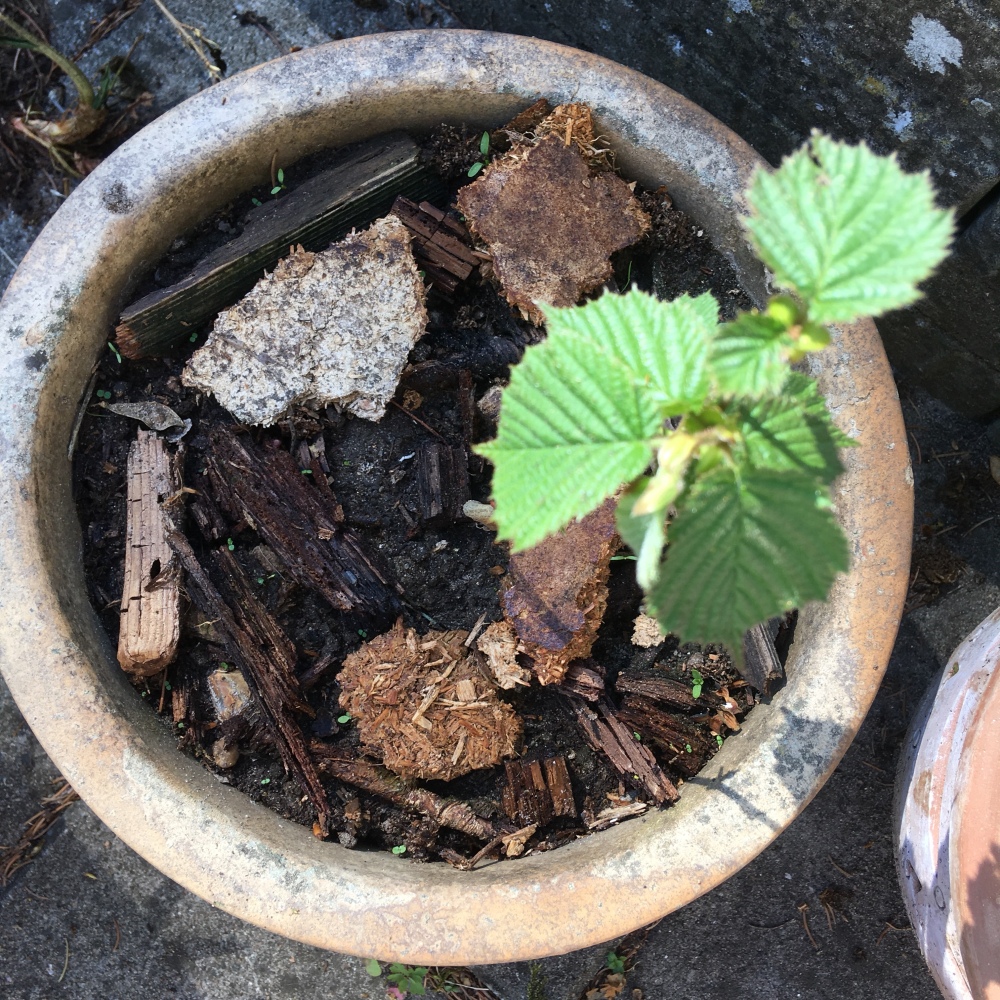 And the rhubarb is still giving! I picked another seven sticks tonight which I’ll cut up and add to the freezer stash tomorrow. 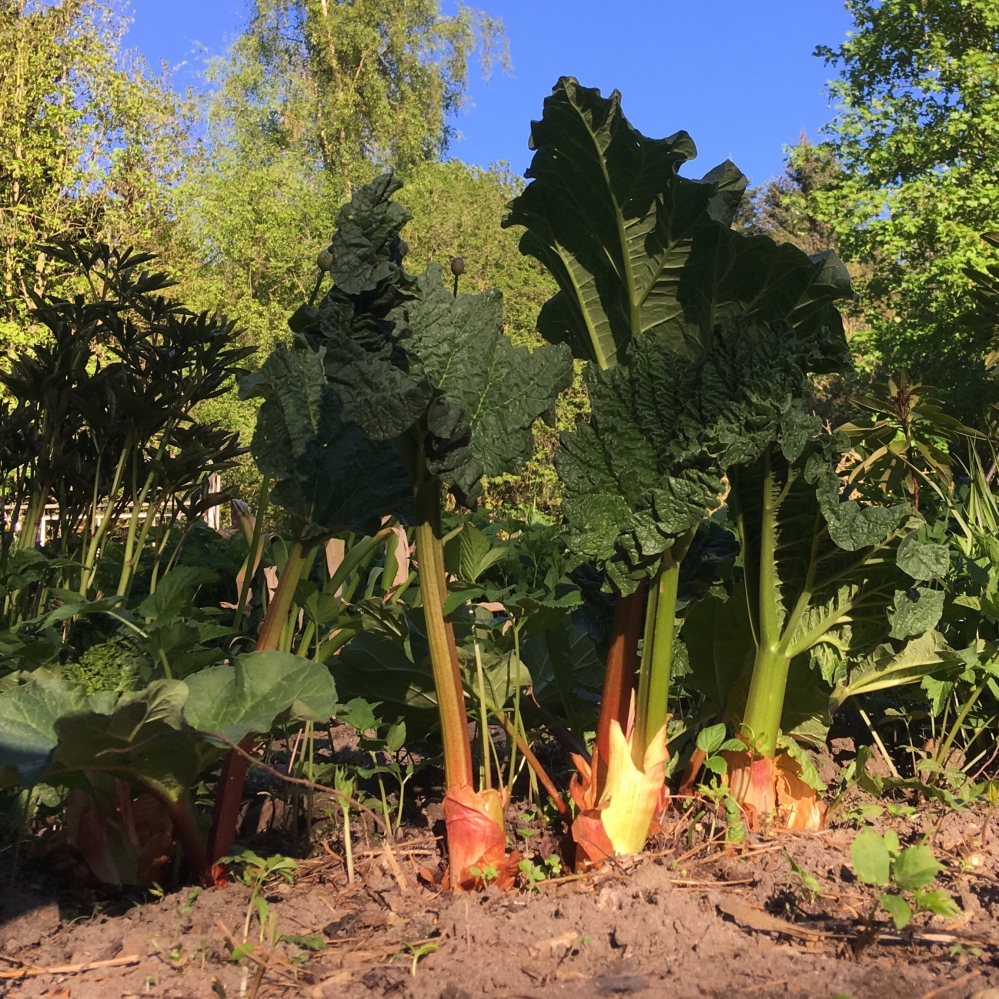 Everything is so beautiful in the sunshine! The tulips are still going,

and the daughter is delightful! 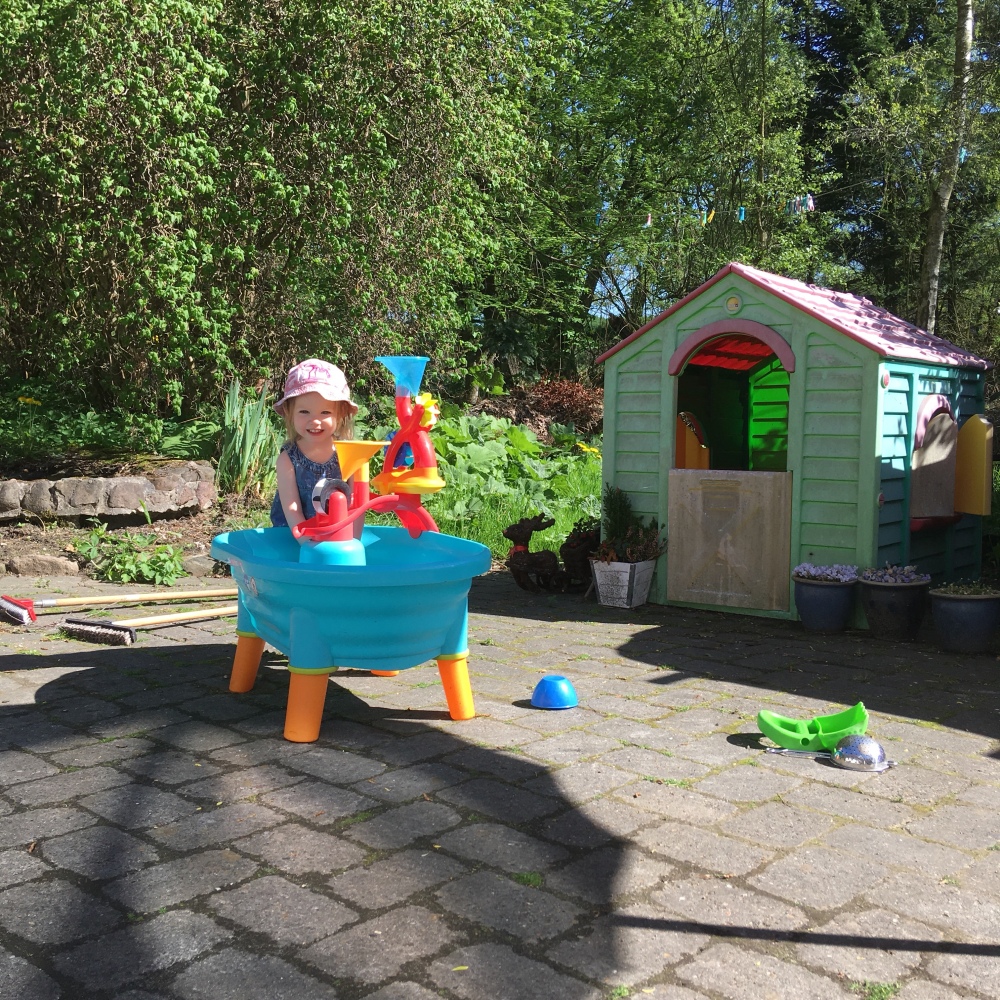 And because I feel like I need to be recording some household tasks as well, today we did a laundry load, of mine and Steve’s stuff.