Oh my word what a day. Steve caught another shrew that the boys spotted scurrying around the living room floor scavenging the remains of breakfast,

we made good use of the chainsaw and dealt with a few of the bigger logs that we’ve just not had the energy for and also cut up the rest of the sycamore that’s been lying in the vegetable garden for over two months, 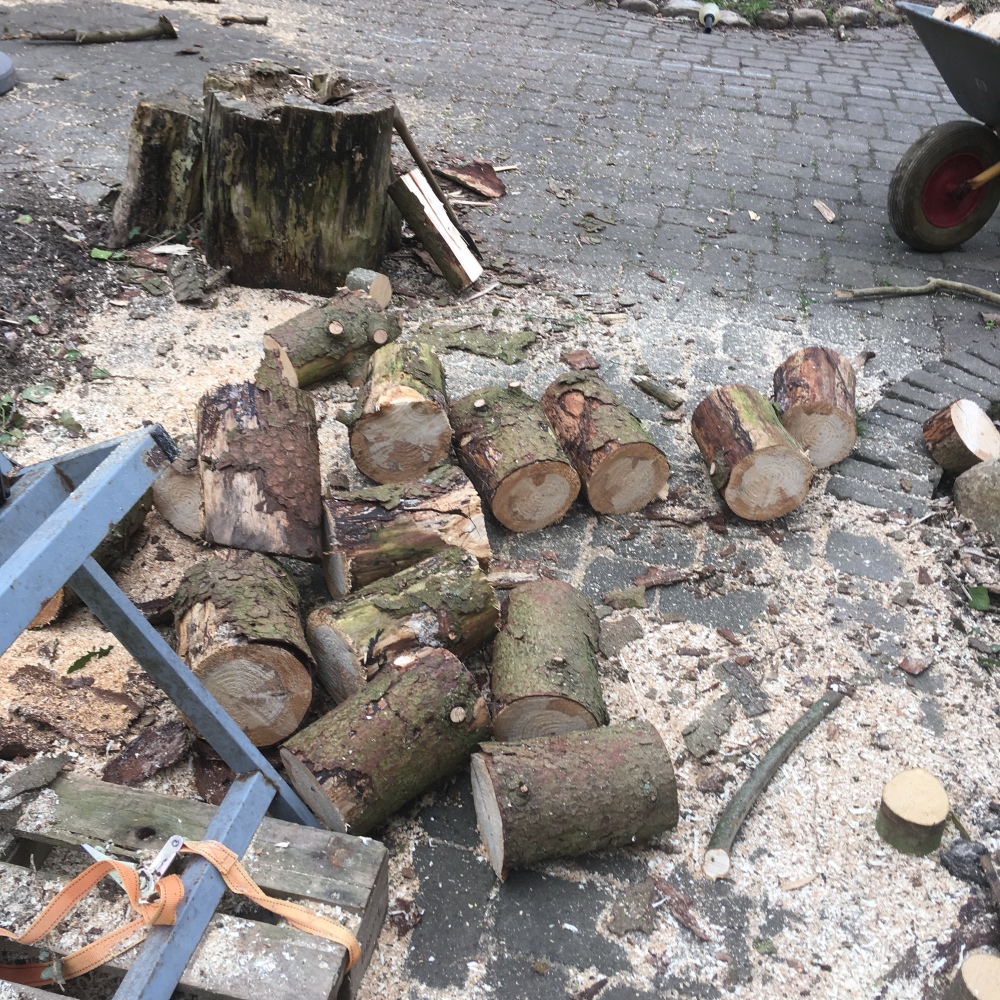 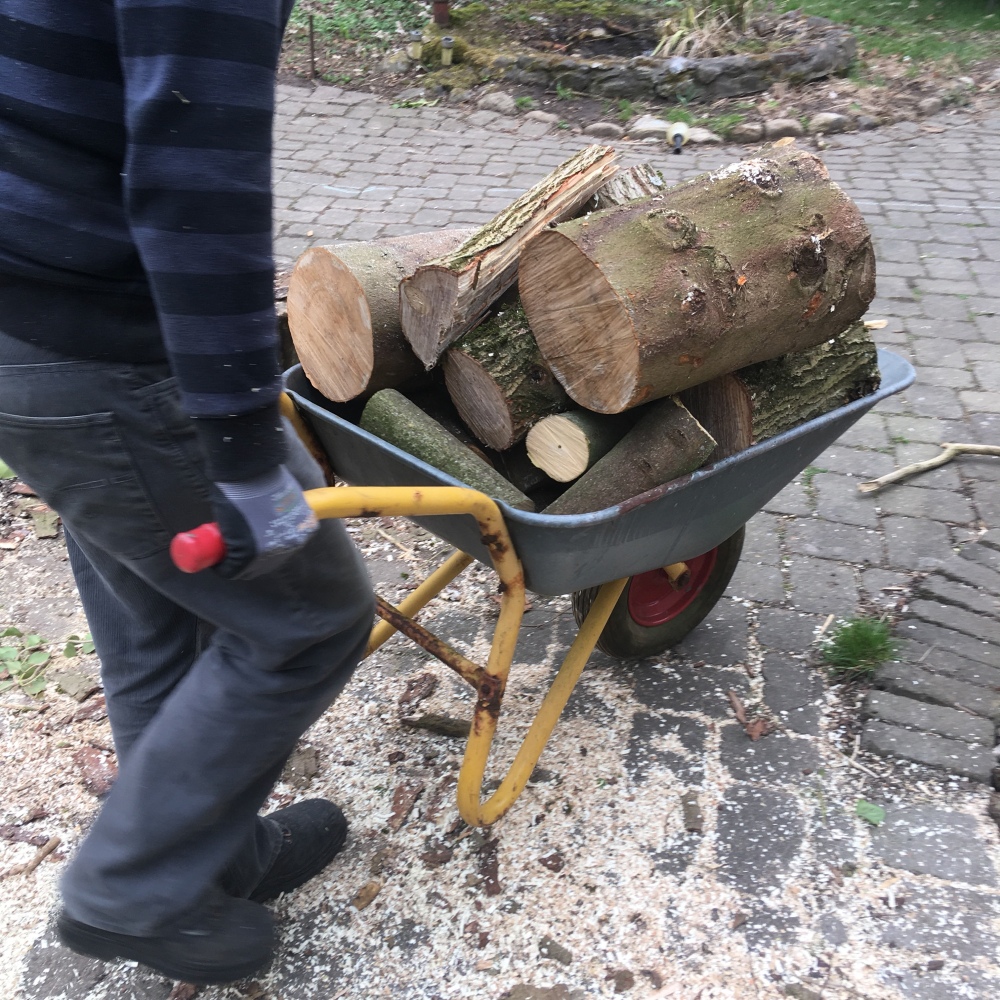 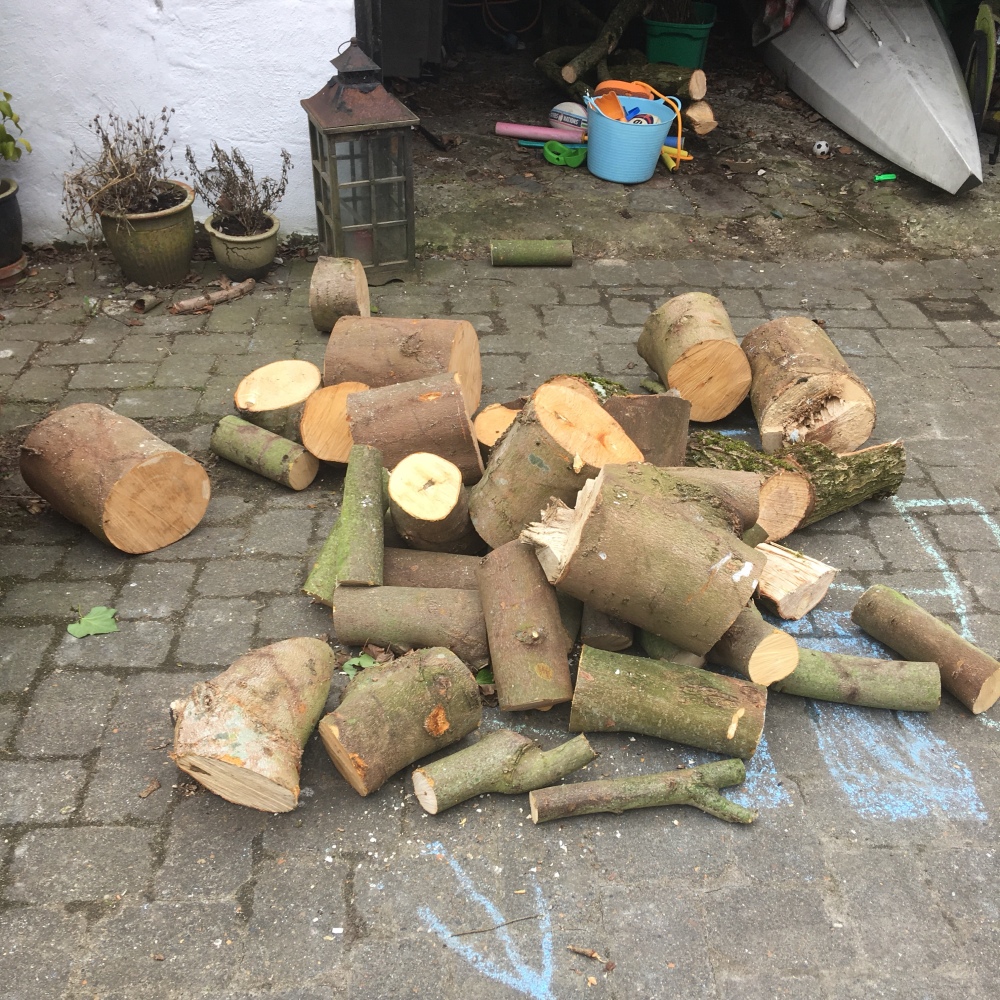 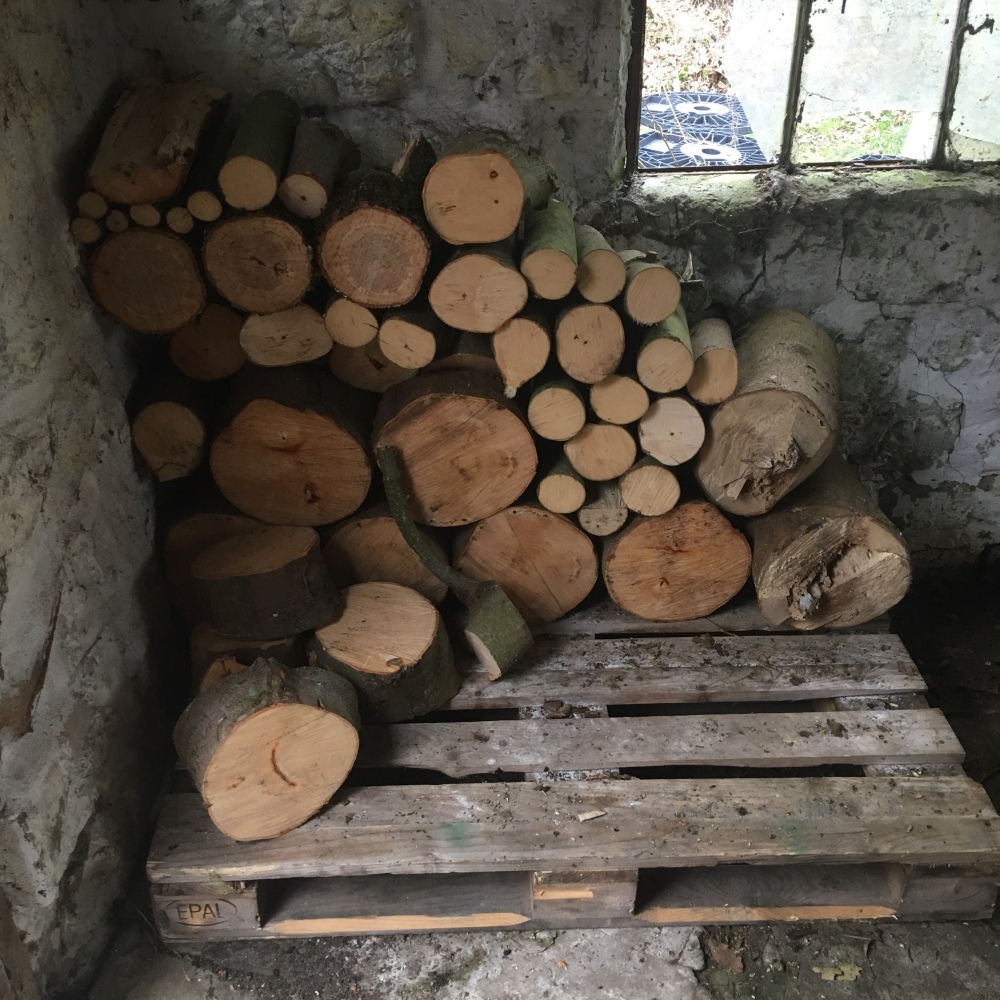 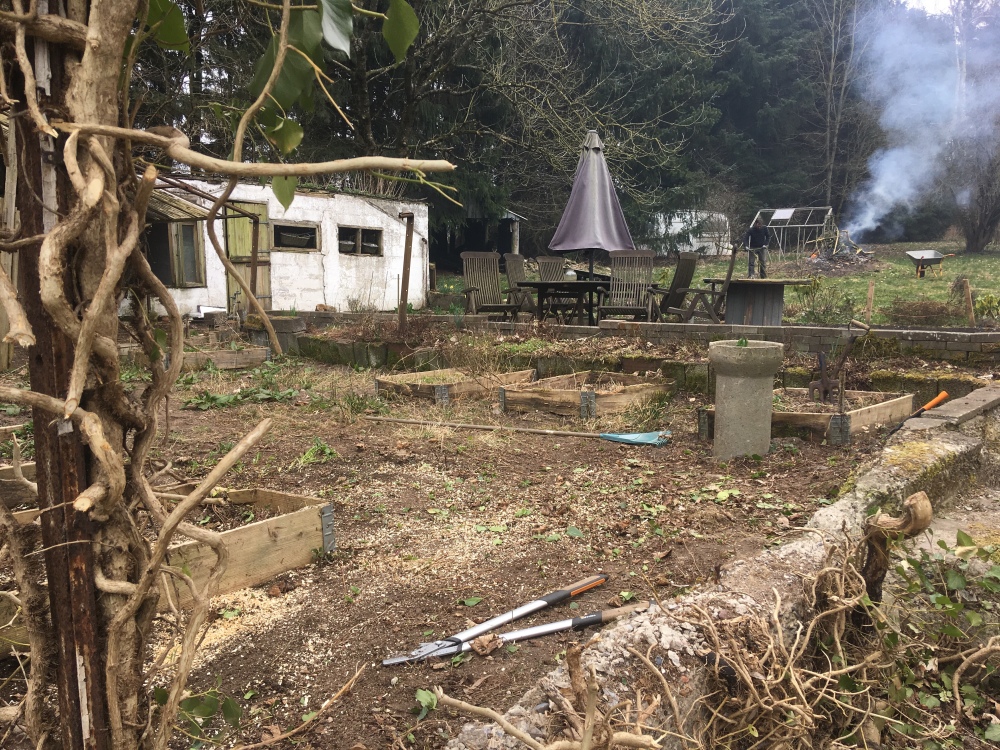 we had another bonfire to deal with the current load of nettle roots and ivy, 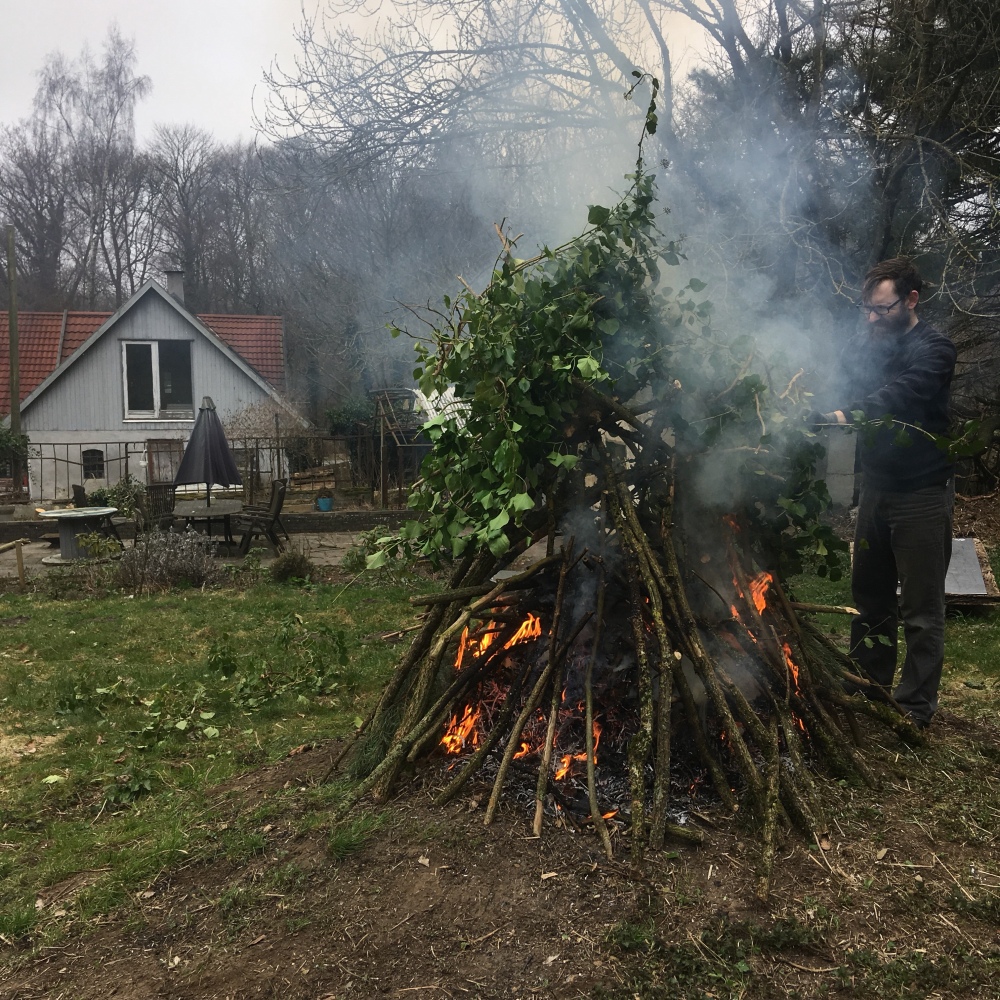 and we discovered the cats have a bolt-hole that they can only get to if the stable door is open.

Bother those cats. We thought we heard meowing coming from the attic door earlier this afternoon but Steve couldn’t find any cat when he looked up there. Then, in the stable later on, I saw Smudge bolt round some of our boxes into a corner. Fair enough, she’s in a corner, we can try and get her out. Steve went to try to get her out and she jumped up on a windowsil, onto a ledge, up the wall and into the sodding roof space. Where she stayed. 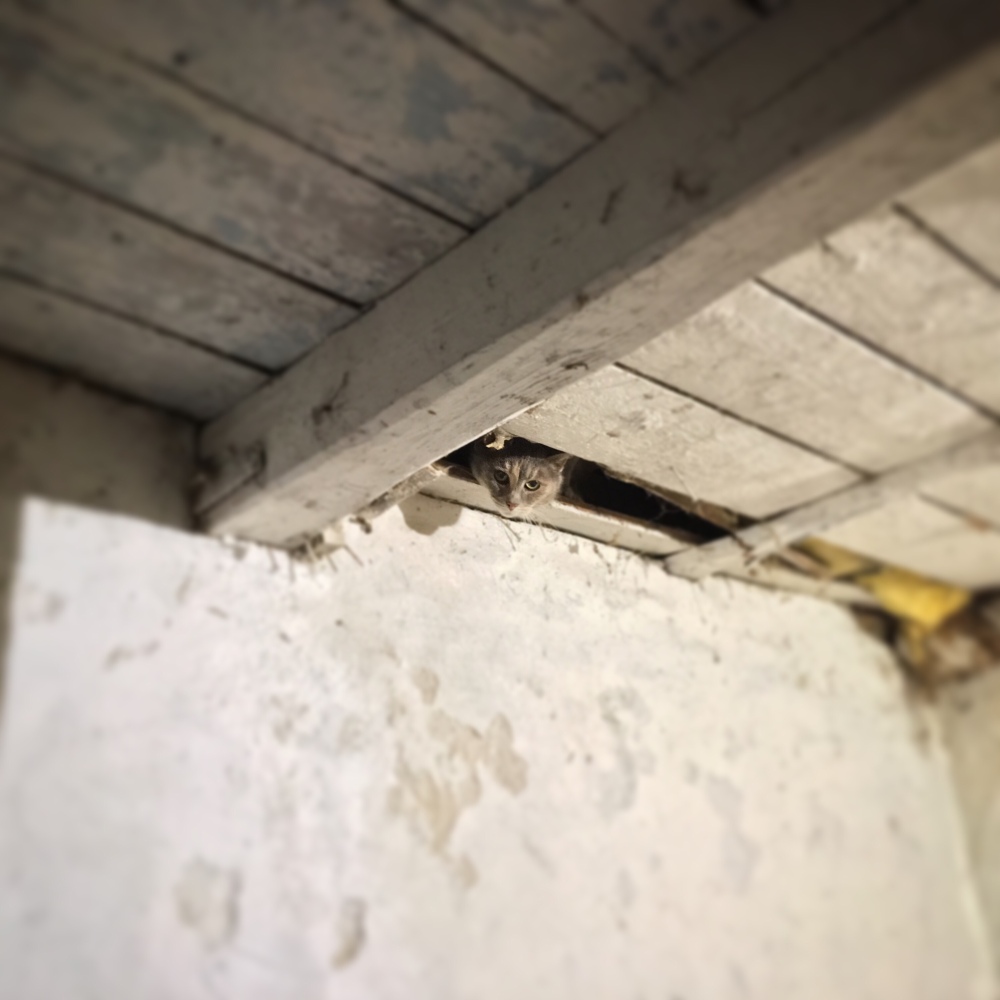 After much attempting to coax her down with food, Tiger appeared, stole a mouthful of food, bolted round me and went straight up into the roof space via the exact same route Smudge had taken.

No amount of coaxing, food-related bribery, or stomping has got them out. I’ve had the attic door open since putting Erika to bed, with food in the hall to entice them down: Smudge appeared, saw that I was around, and scarpered back upstairs where she casually lay down on the top step to observe me. 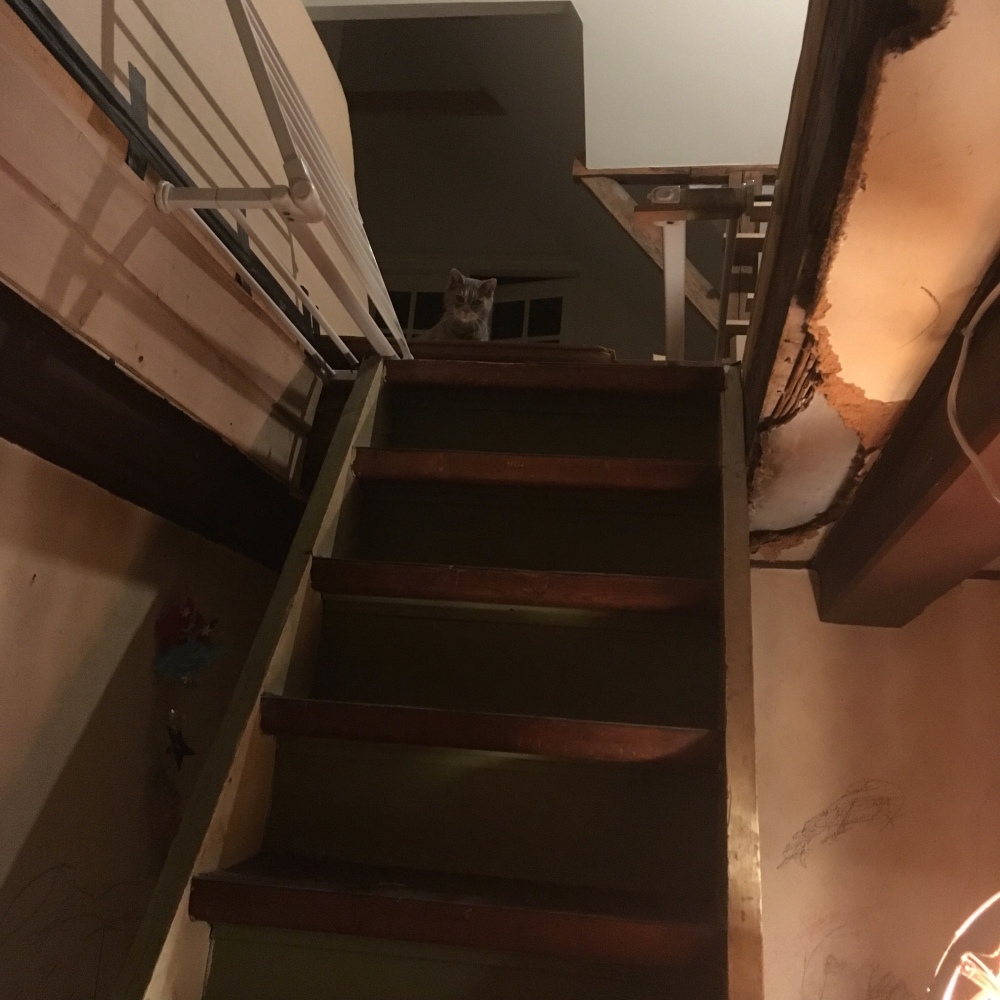 Hopefully Steve’ll have better luck tempting them out with breakfast in the morning – in the meantime, they’d better deal with some of the mice still up there!!

The evening was balmy and beautiful. Steve put lights on Erika’s trike and fixed up another couple of lights at the end of the workshop so evening wood processing isn’t so dimly lit any more, and the kids rode their bikes up and down in the dark while Steve fixed up the lights and I stripped a couple of pieces of sycamore, one of which I hope to turn into a curtain pole for our bedroom. I have curtains, but no pole… my next trick will be to craft some hooks to hold the pole in place!! 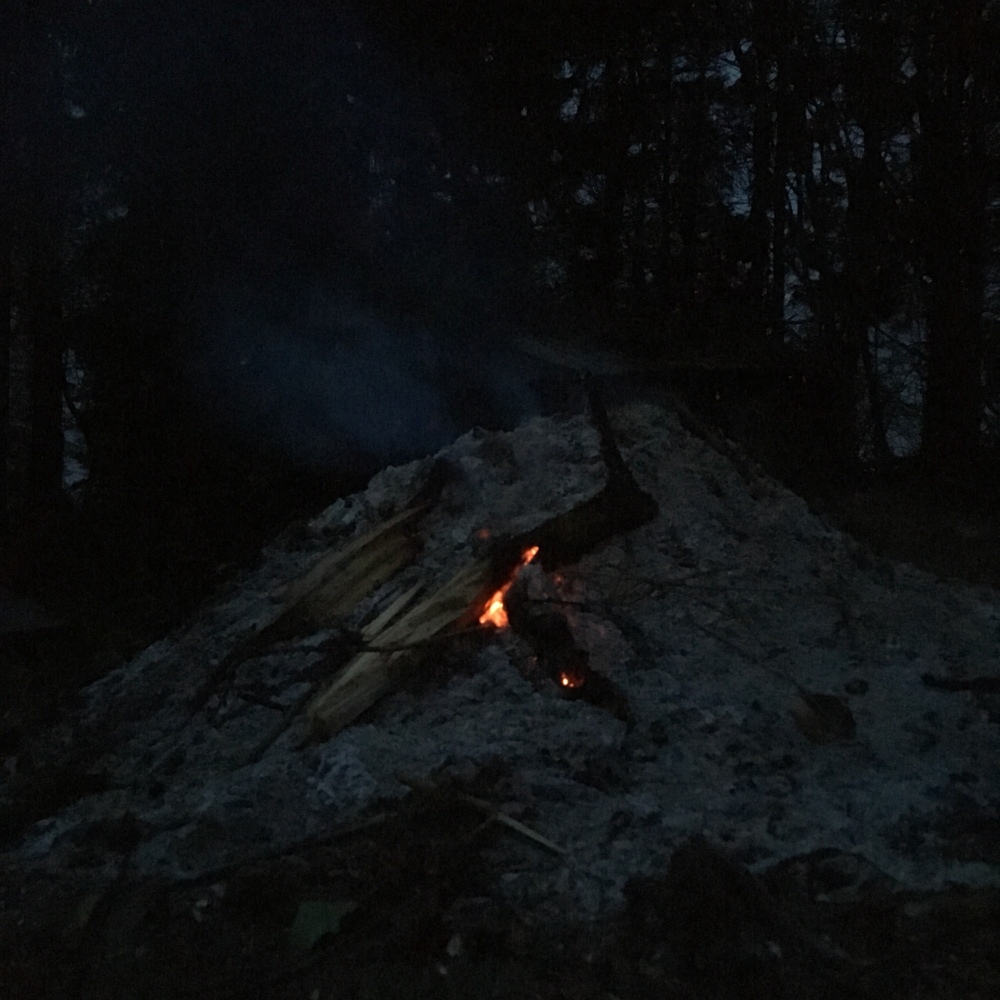 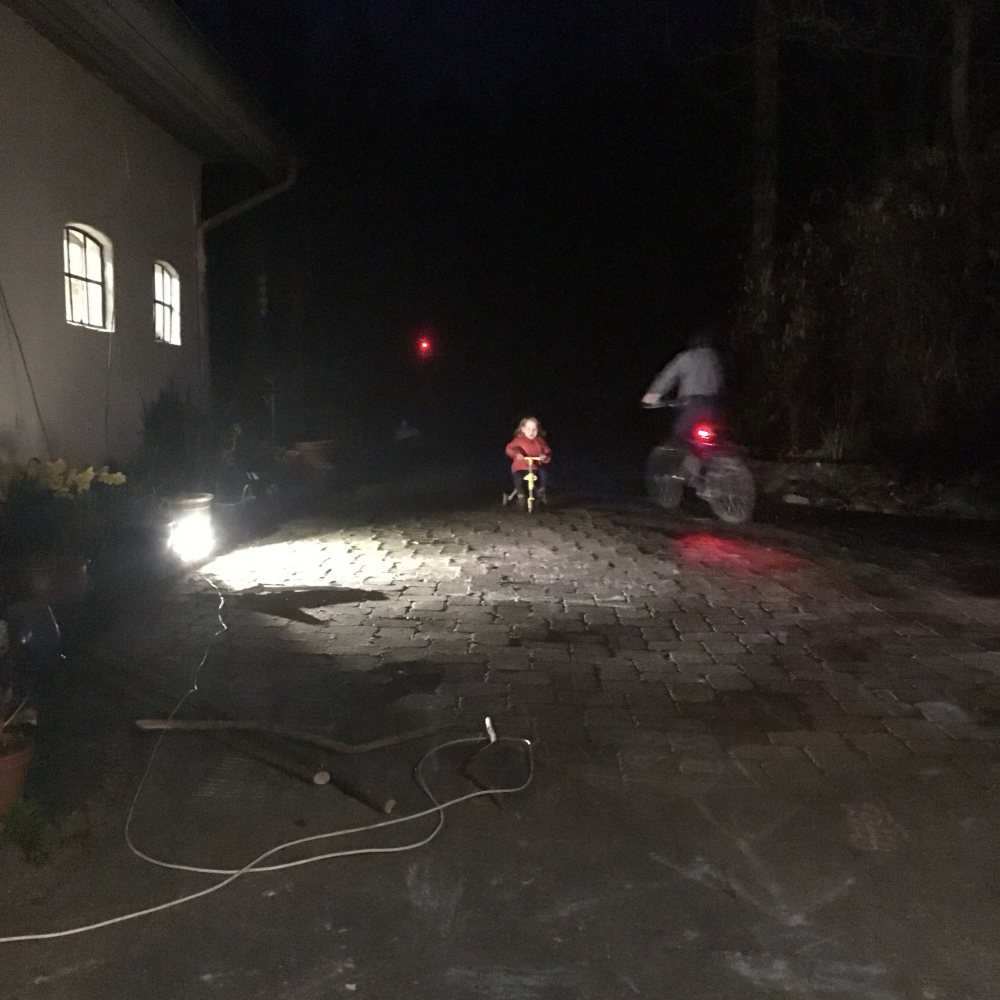 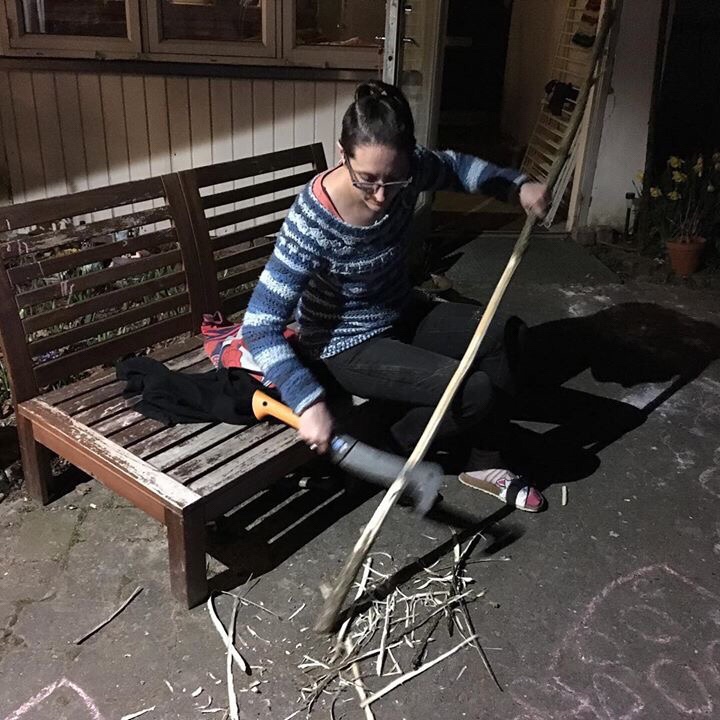 Along with the rhubarb in the big growing bed, there’s what appears to be ground elder and leeks both of which need proper investigating. There’s also a yellow version of three-cornered leek (a wild alium) growing in clumps all over the place, and apparently there’s wild garlic up in the woodland which I intend to hunt down its location tomorrow if I get chance. 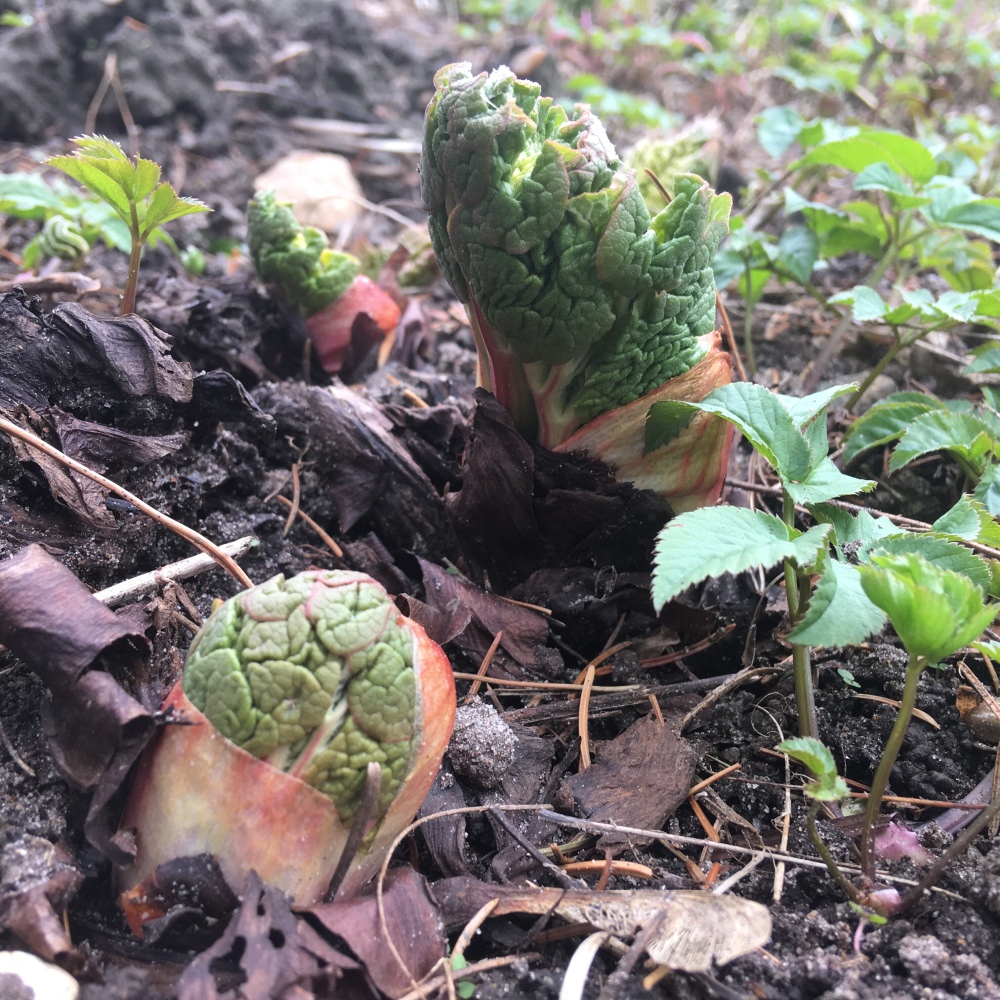 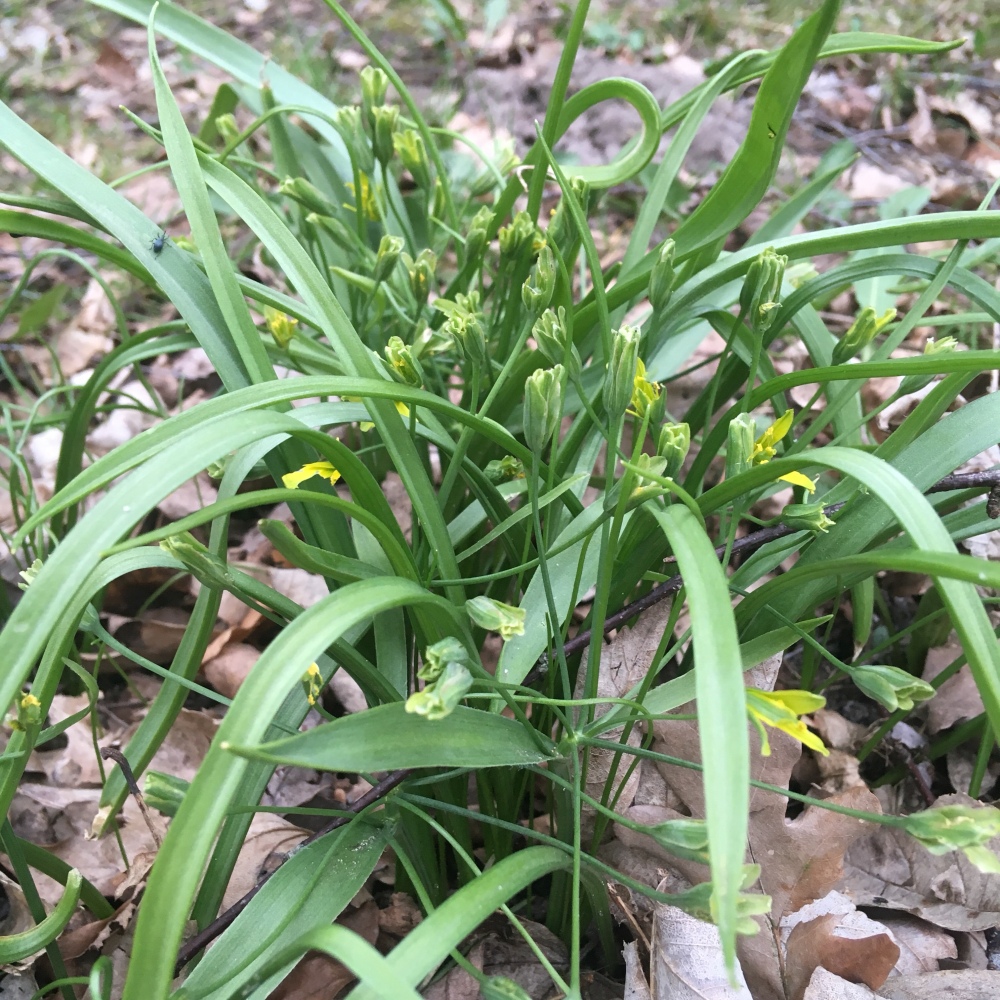 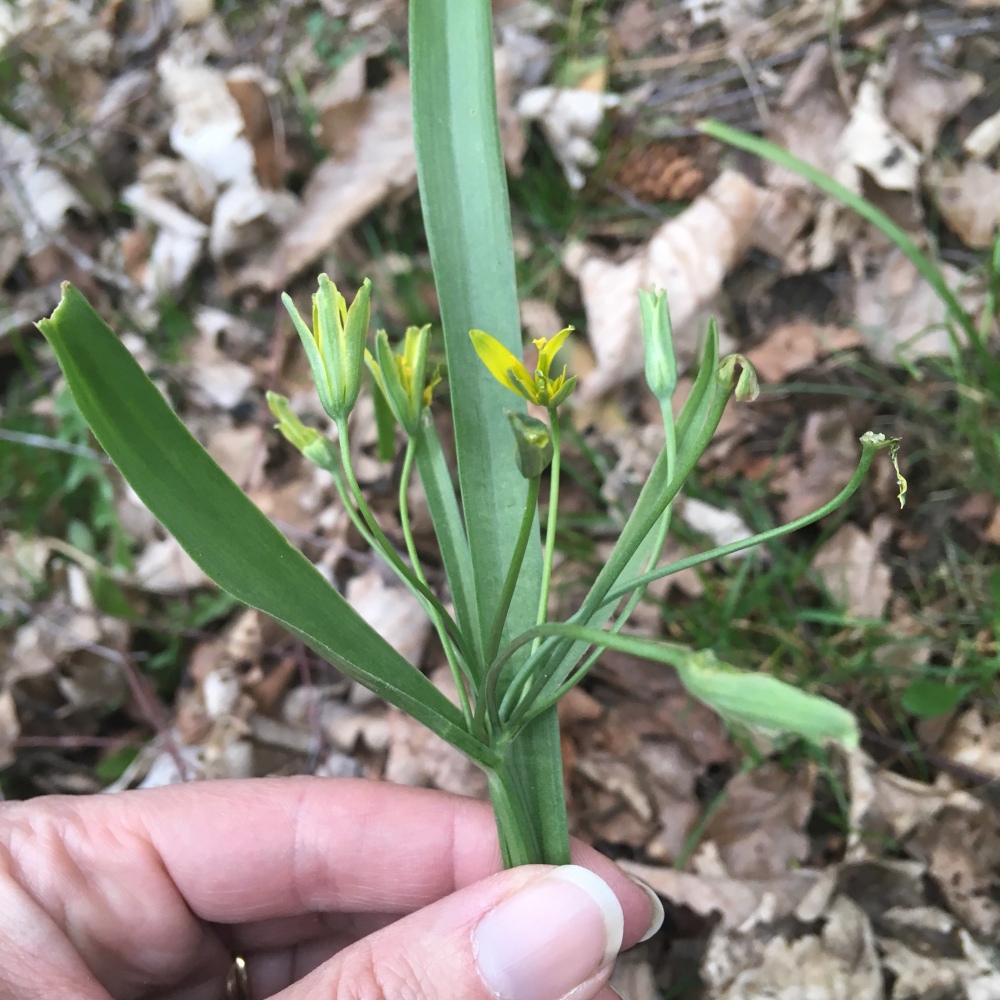 I have this probably rational fear of foraged foods, what if I get it wrong and I pick poisonous ones? What if they all just taste… green? It has spread, slightly irrationally, to homegrown vegetables, possibly stemming from finding maggots in a plum many many many years ago. But what if the leeks aren’t leeks? What else might they be? I still think my gardening knowledge levels are at the “just enough to be dangerous” level which produces an anxiety loving mixture of excitement and fear. Lots to learn still. But I definitely want to try and find the wild garlic tomorrow. 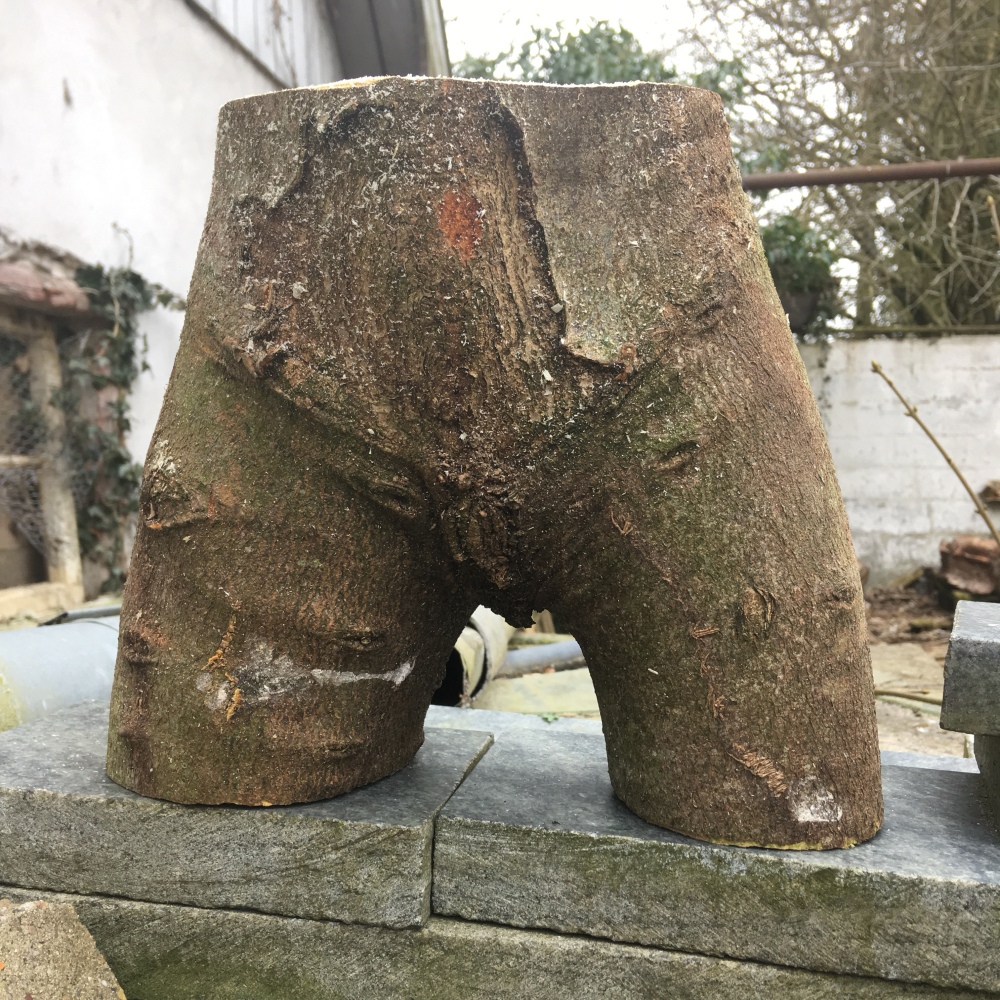 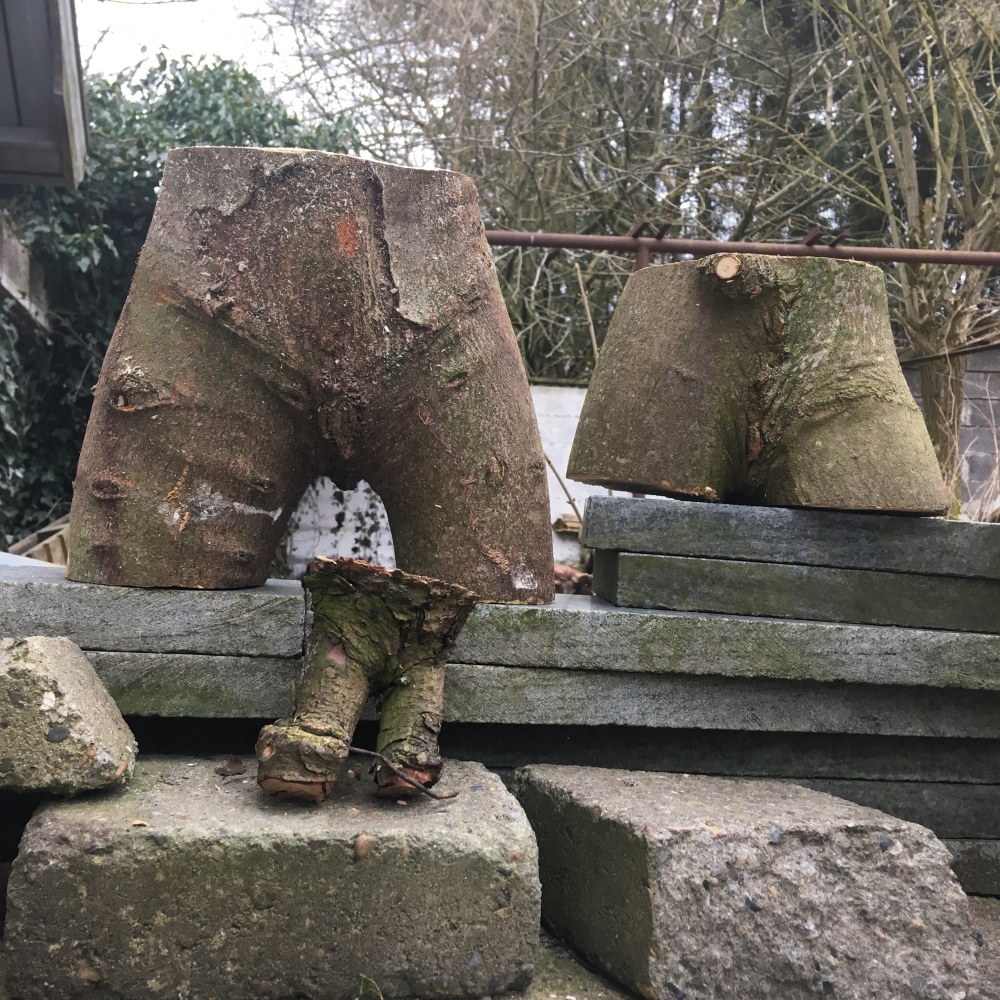 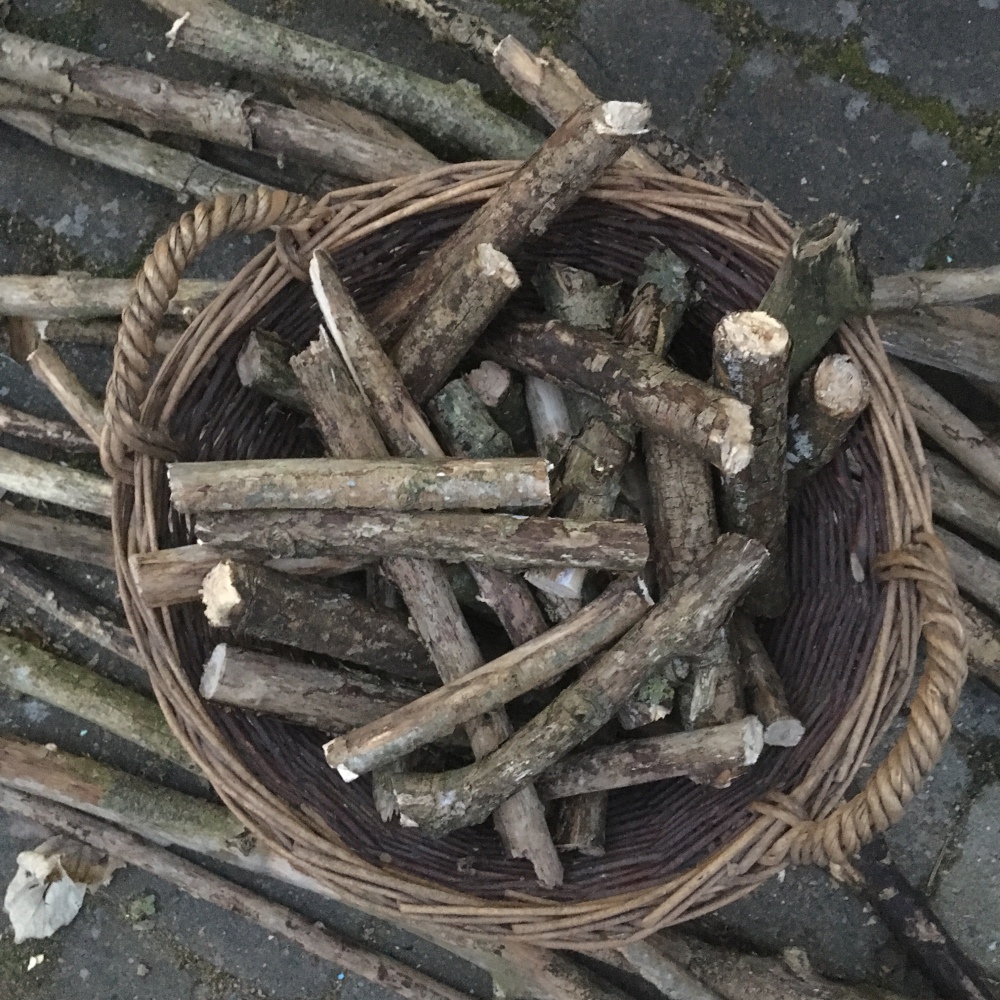 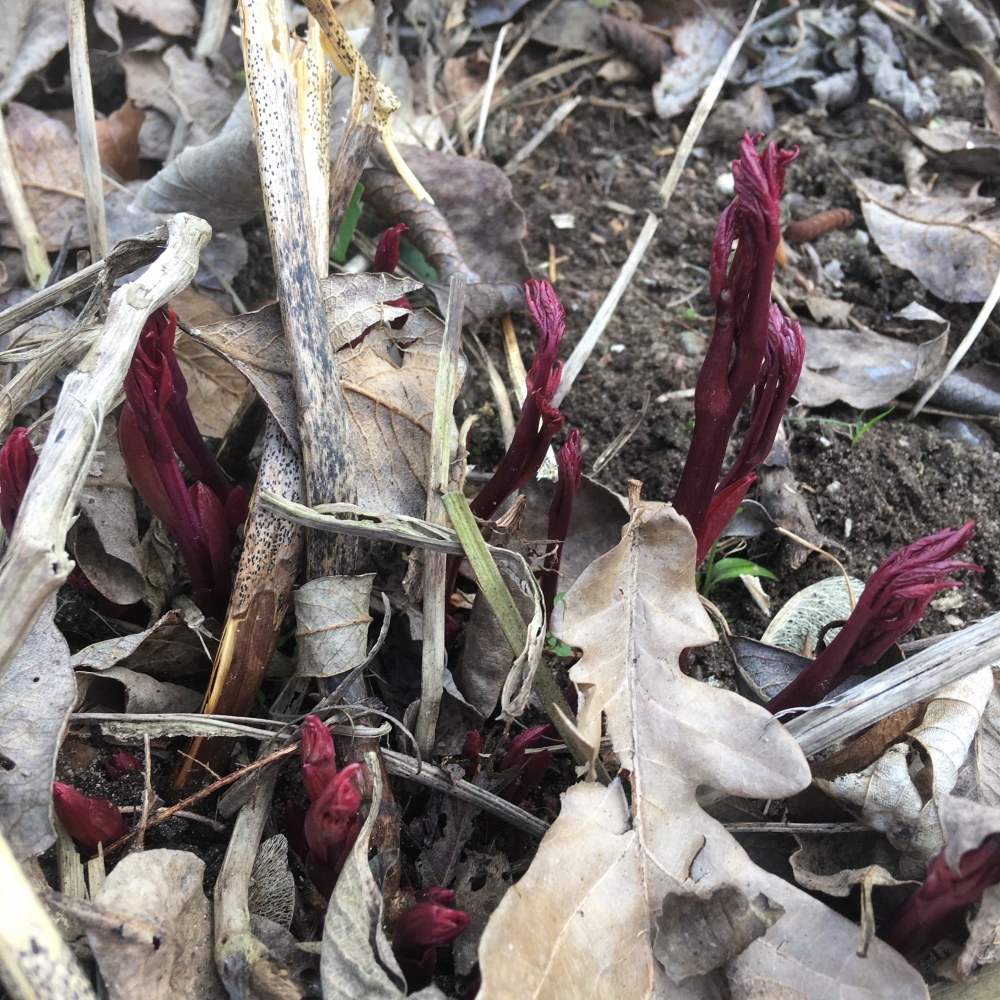 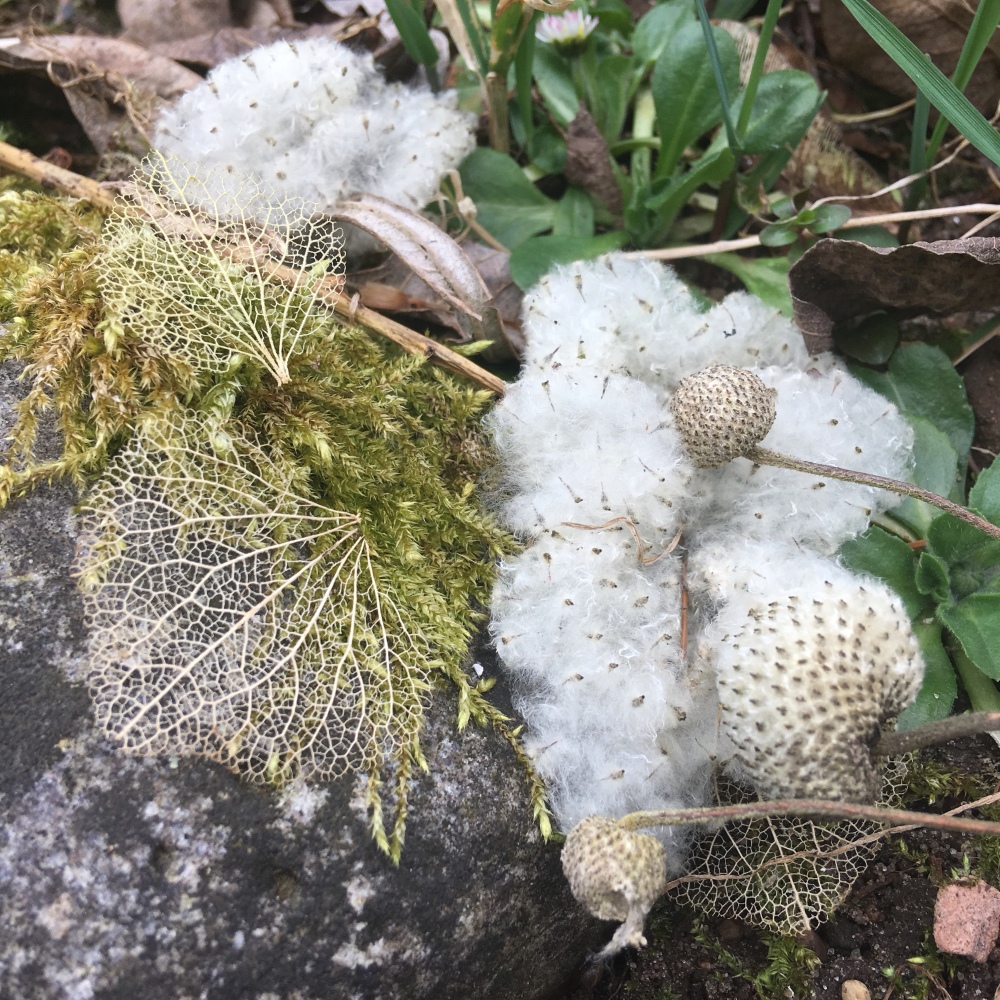 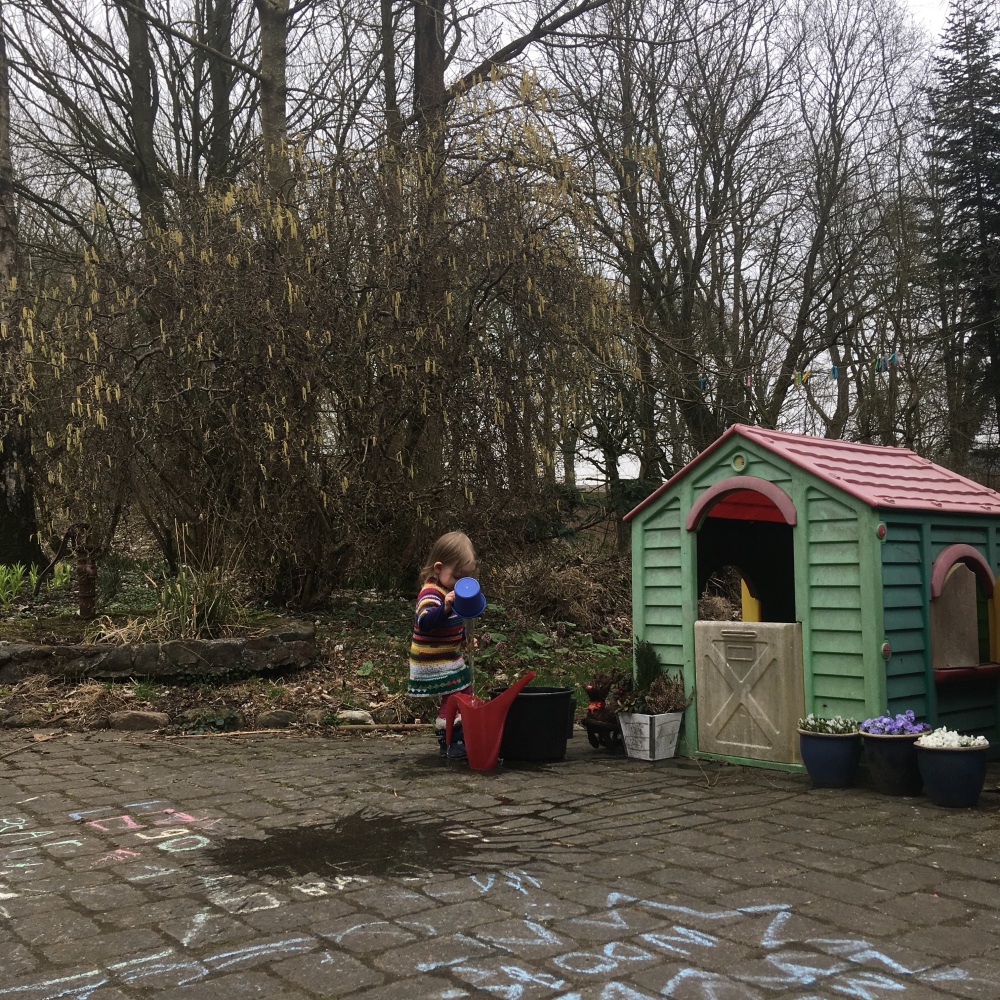 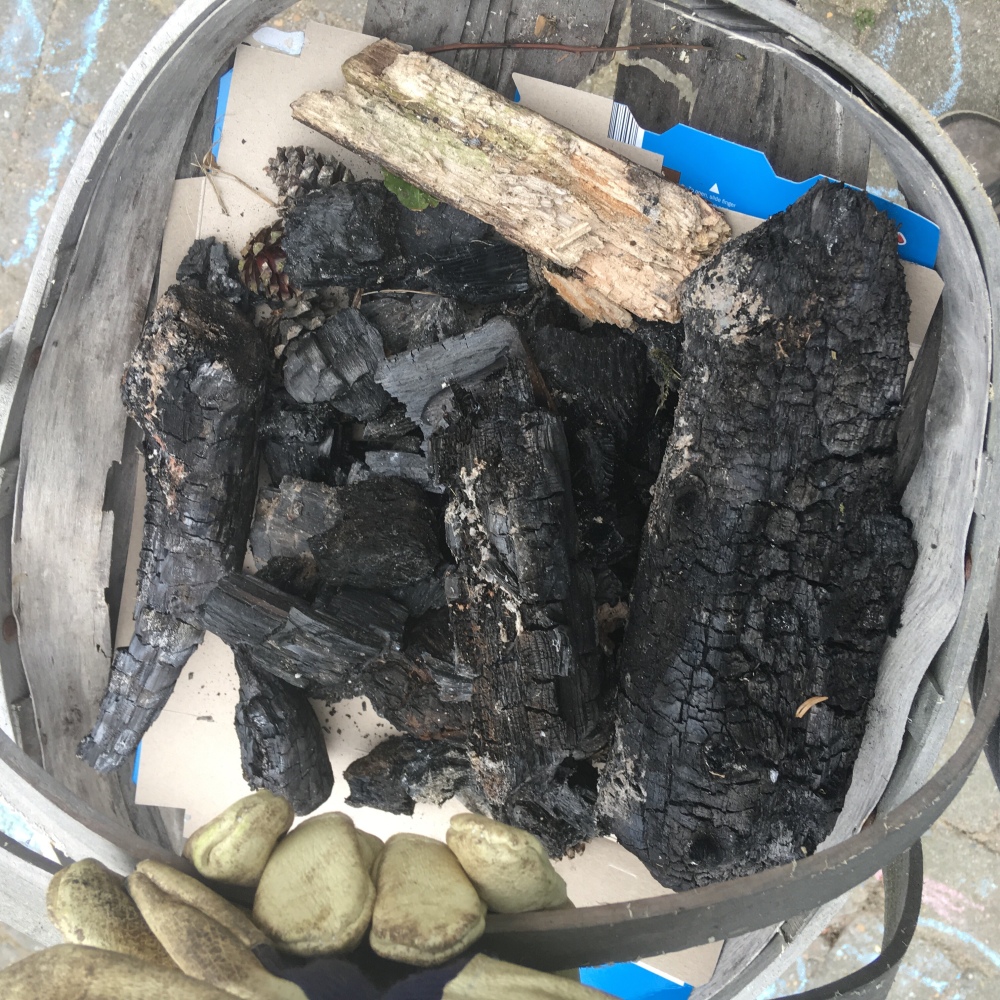 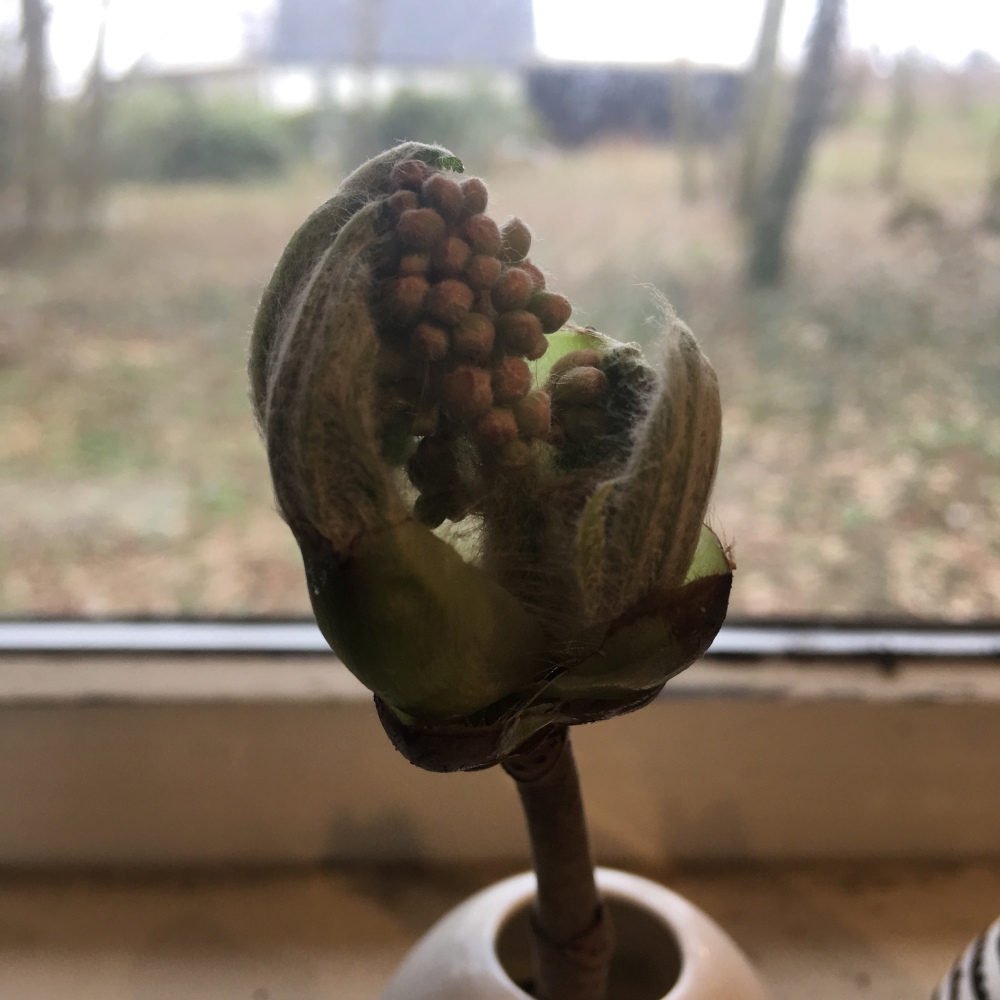 (From the top: cheeky sycamore; and its family; chopped up kindling; red shoots; seed and skeleton treasure; Erika moments before watering herself requiring a full change of clothes; charcoal gathered from the remains of the previous bonfire for use setting the furnace in the mornings; unfurling horsechestnut bud)