No firelighting this morning! Even though it was below 10C all day (in the shade, anyway) the sun was warm and the sky was blue and the living room heated up plenty fine just from the sunshine. It was definitely strange, not lighting the fire. The season is definitely changing. Makes me wonder what mornings are going to start looking like with that ritual away for the time being.

We’d had another rough night, Charley was up twice, once for the toilet and once to be sick, but there were no linen casualties and we all managed to get back to sleep fine. He slept in until gone midday after that. I think Ben was up at his usual earlyish hour, but Erika and I also slept in until quite late.

I’d left a note on Steve’s bag before I went to sleep asking him to take the bread out of the fridge before he left, and it was so nice to be able to put a loaf of bread into the oven as one of the first things I did this morning. Might have to do that more often! 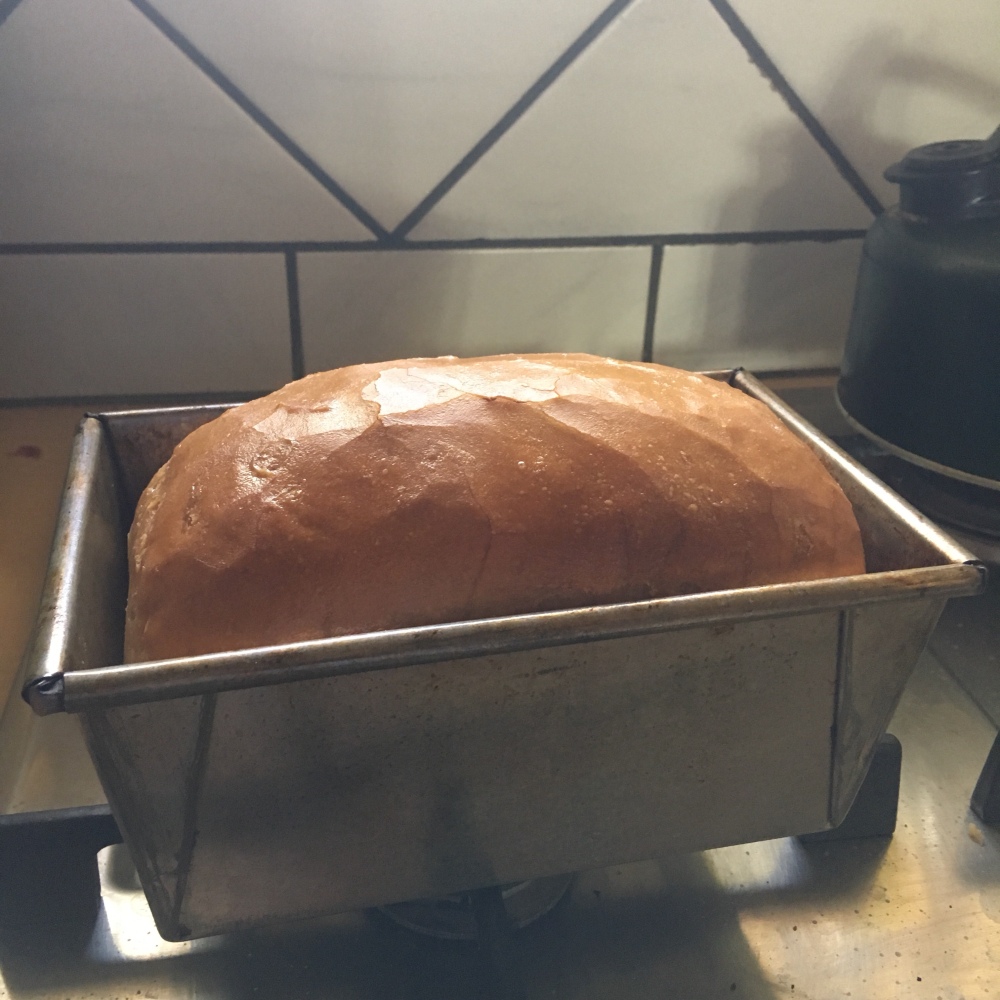 Erika wanted to go outside to draw with the chalks again even before we’d thought about breakfast, she got her shoes on and tried to open the front door, asking all the while. It didn’t take much persuasion to get Ben to take her out while I tried to wake up a little more although he did ask if they could have breakfast first. 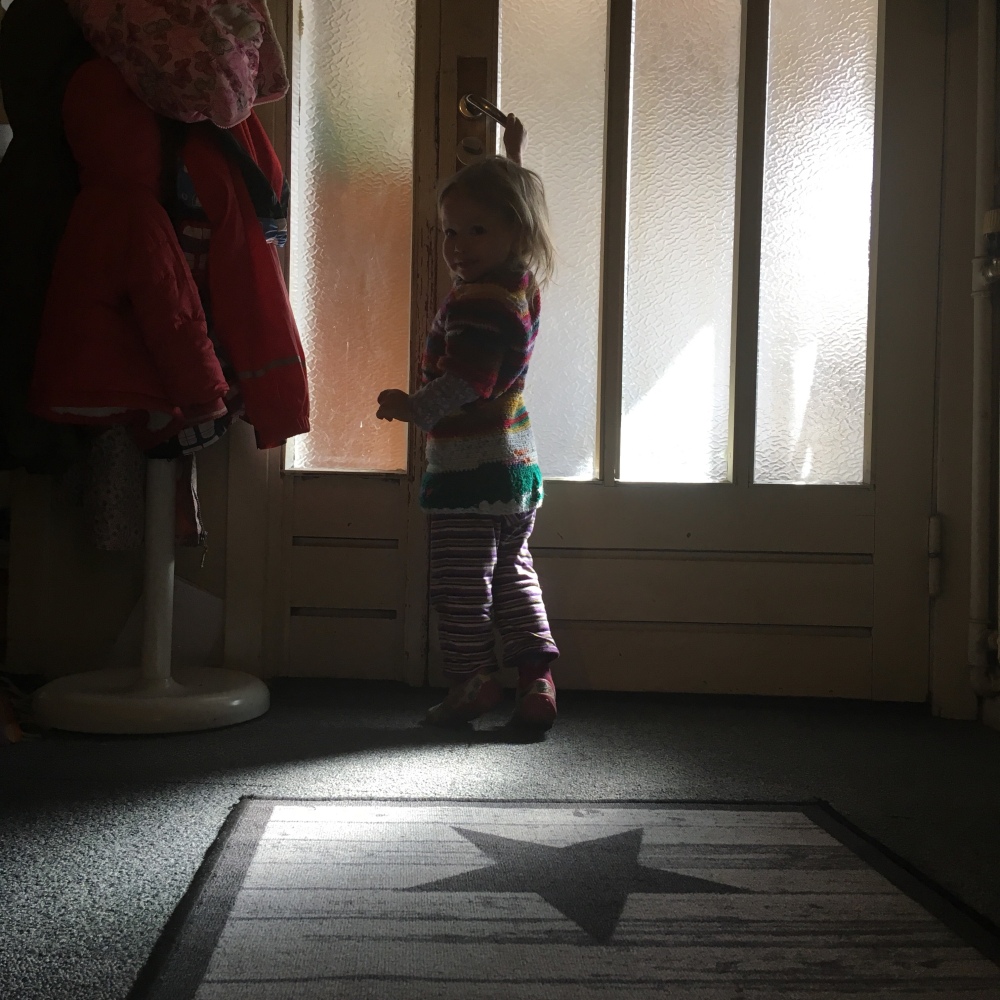 I stayed in and waited for Charley to wake up but it wasn’t happening… when he did eventually wake up he wasn’t interested in much, just curling up on the sofa and to be honest I didn’t blame him. He wasn’t interested in coming outside, so I left him with instructions to put the crocs on and come out and find us if he got lonely, rather than just sit inside feeling sad by himself. When I sent Ben in to check on him a little later I lost him to the iPad as well briefly but it didn’t last and he was back outside before long enjoying the warm sunshine again. 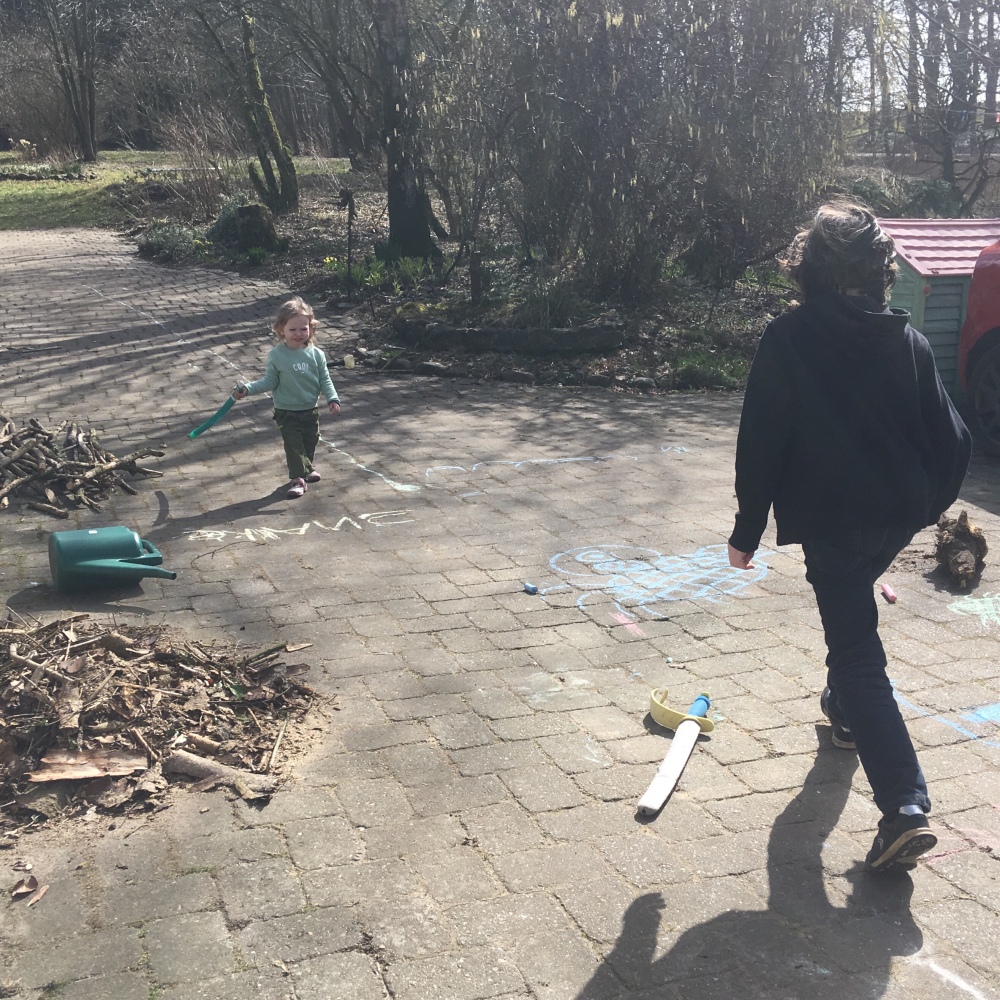 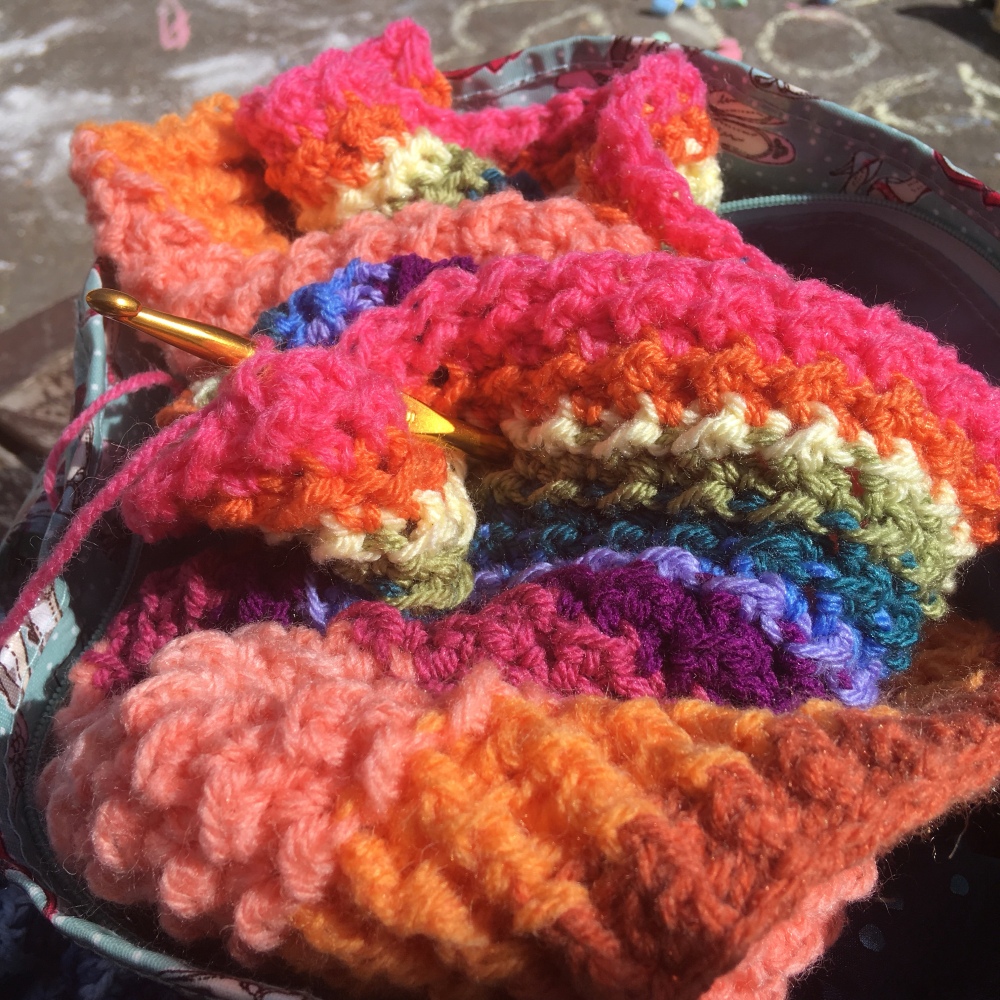 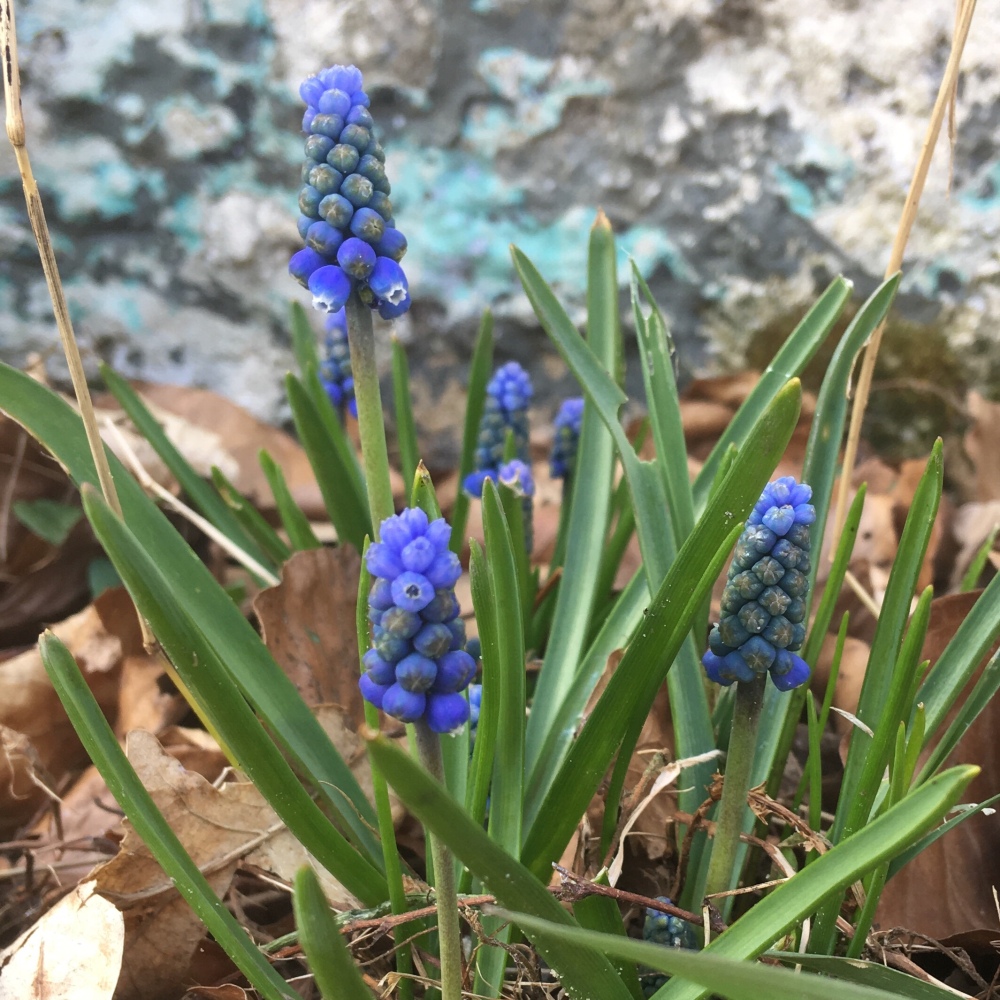 I brought Erika in so I could fix some lunch for everyone, but as soon as that was done she wanted to go back out again and I couldn’t persuade either of the boys to take her outside so I took my crochet and coffee and found a little table for my cup and she drew and removed her jacket and shoes and explored around the trampoline and bounced on it and rode her trike and sang and squeaked and was the happiest little girl in the world, playing barefoot in the sunshine, not a care in the world and oh how I hope that feeling lasts a very very long time.

We came inside for milk and cuddles in the hope she might fall asleep but it didn’t happen, and then after another toilet incident requiring a change of clothes Charley spotted Tiger outside and decided as he was now safe (as in, wasn’t going to be sick or need the toilet again any time soon) he’d go and say hello to her. Erika was not impressed at being kept indoors for this. Ben followed Charley out and in the end Tiger decided she’d had enough and retreated to her safe places on the other side of the outhouses. Erika was free to be released again!

As soon as she was out I started to set the fire, and my newest method of stacking the furnace worked again much to my amazement and relief, as it means I barely have to check it and it does a fairly quick job of heating up the radiator water!

It wasn’t long before Steve was home and Erika’s squeaks of welcome turned into squeals of joy at seeing that there were groceries to unpack, and although I’d put fresh coffee on for us to sit outside together for a bit it wasn’t long before we both decided we just wanted to go in and if we’d had the space to just curl up under blankets (without kids jumping on us) we would have done. Tired and no longer really interested in Outside, as beautiful as it still was. Still, there was time to show Charley the rhubarb bulb things, and explain what they were.

It’s fascinating listening to him. He’s convinced himself that he can’t remember stuff when what that means is he can’t bring things to mind when put on the spot. I can’t do that either. Makes small-talk difficult, I feel like I often seem rude because I can’t recall off the top of my head the things any given person is interested in or what we talked about last time we spoke. I’m aware that some people with this recall issue go through a mental checklist before meeting up with people so they have information fresh in their mind but I don’t remember to do that yet! But back to Charley – I’ve been drip-feeding information to him about the plants in the garden, either things I already know or things I’ve learned having just looked them up or asked about them, and he’s remembering that information days after I’ve told him, and tells Ben all about the things we’ve talked about. And he thinks he can’t remember! We need to start giving the different types of memory different names 🙂

Leeks for the lazy gardener