Goodness but I ached today!! Body has been on a total go-slow all day, thankfully Steve was up and functioning and dealt with the clocks and the fire and the coffee, and split and sorted a few pieces of wood so that there’s kindling all ready to go. Workshop’s looking almost tidy! 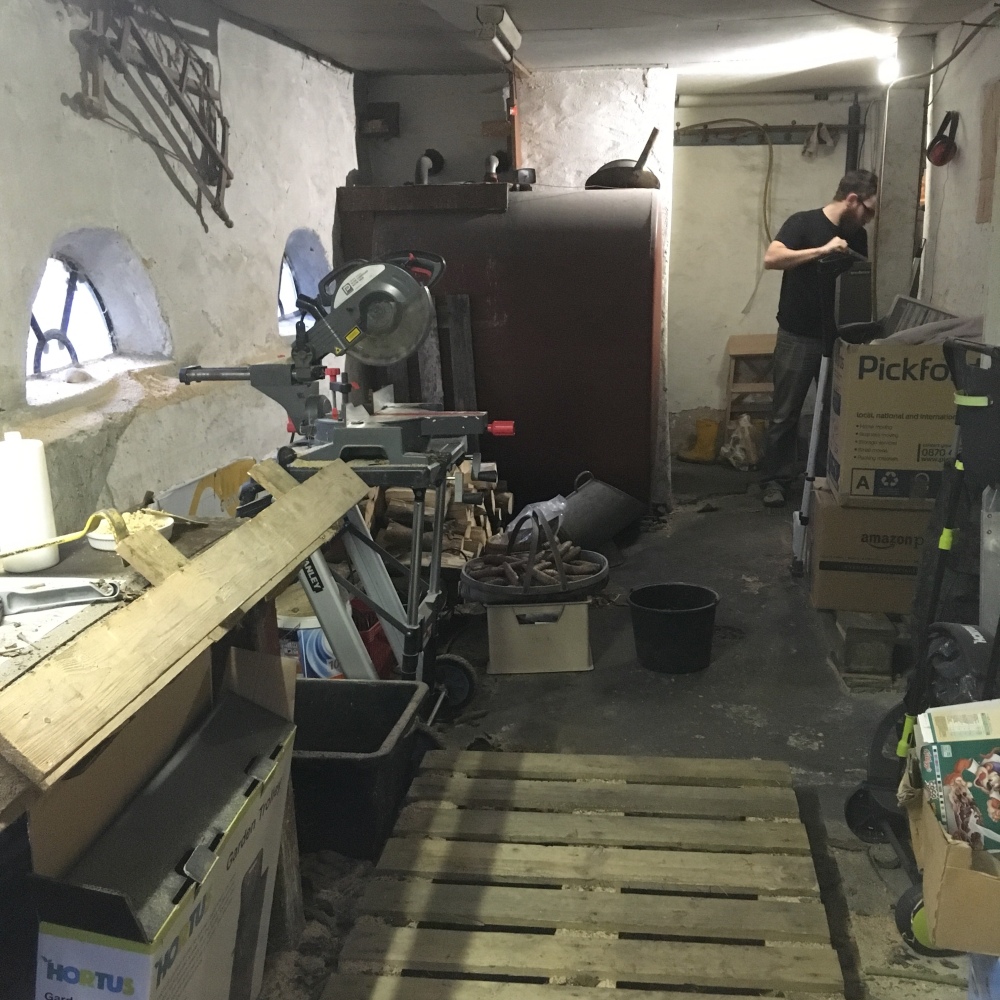 Ben couldn’t get to sleep last night until I went to bed but he managed to get up before Charley so he could have his peace and quiet time. Charley got up as I was trying to muster up the motivation to climb out of bed, and Erika slept in. Sometimes it’s great that she sleeps in, sometimes not. Today it was great. I got to find coffee and the easter eggs that Steve had brought home from work (mmmmmm) and my crochet and had an actual sit-down morning before Erika woke up. Proper treat. She can be super cute in the mornings, if I’m around and she sees me she’ll run/stumble at speed over to me with a big grin and climb up for a cuddle to wake up a little more gently. Otherwise she begs Ben for brioche and snuggles down with him and Charley under a duvet together to stay warm watching youtube while the house warms up a bit.

Glad it was a bit drizzly out today, it removed all ideas of going back outside! That said, it still threatened to be a washout but I was determined that we’d get round to blocking up the shrew-holes so we spent a couple of hours pulling toys and crumbled biscuits out from under all the cabinets and cupboards in the living room, vacuuming everywhere within reach, putting as much away as possible, and then filling all the holes in the walls with expanding foam. Hopefully if nothing else it’ll have confused the critters. Best case scenario we’ll have found all their access holes and I won’t have to worry about shrews scurrying around my living room any more! We also did the kitchen, found two large access holes and filled them, and couldn’t spot any others so hopefully no more shrews digging in my kitchen bin now either. I’m sure they’ll find another way in eventually though. 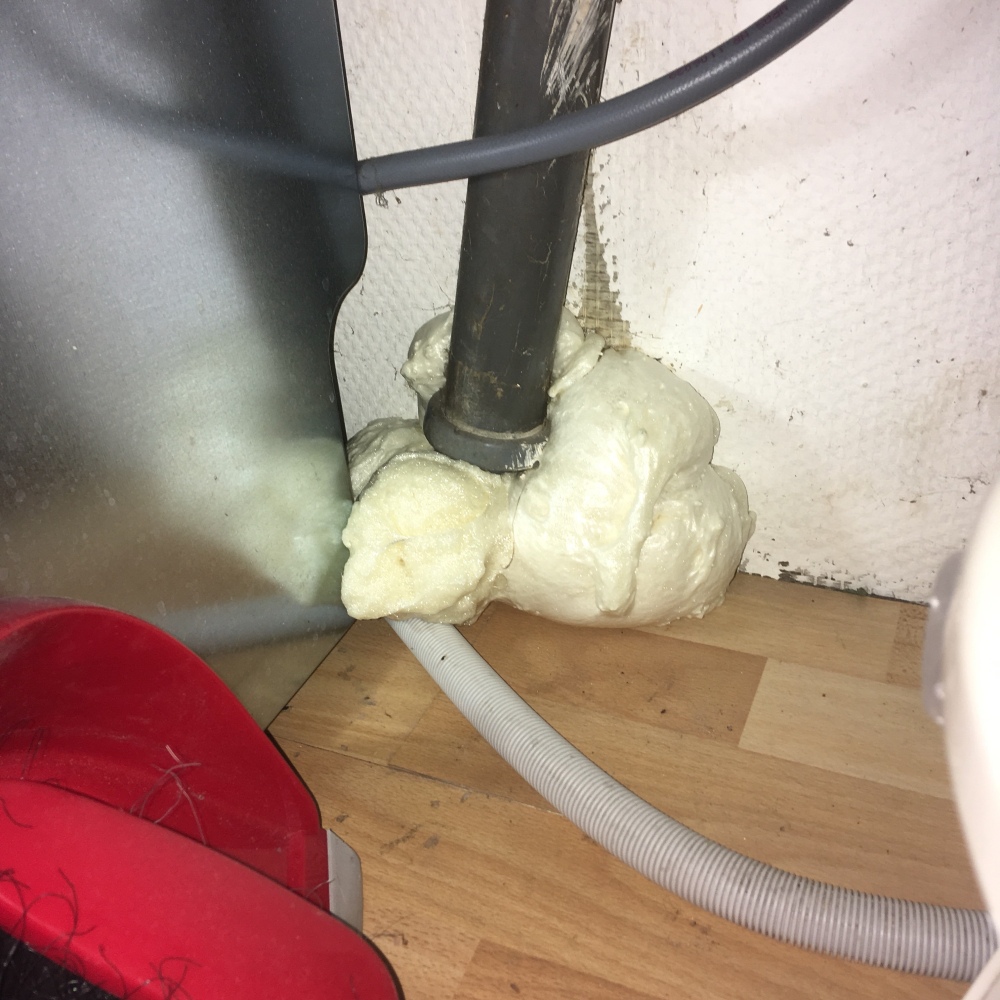 While Erika napped (thankfully after we’d done all the filling and were waiting on it setting) I made up a paste from some of the sawdust from yesterday’s firewood cutting efforts, and PVA and water. There’s one windowsil in particular that Erika like to stand near and pull aaallll the little woodflakes out of. It’s dried out now but it had obviously been damp for a long time and had rotted away quite badly so it needed a temporary fix to stop her pulling it apart any further (little point in replacing the windowsil just yet as the entire ground floor needs renovating, we just need to make it liveable meantime). Cue my sawdust filler. It’s like weetabix cement except hopefully the shrews won’t try and eat it. 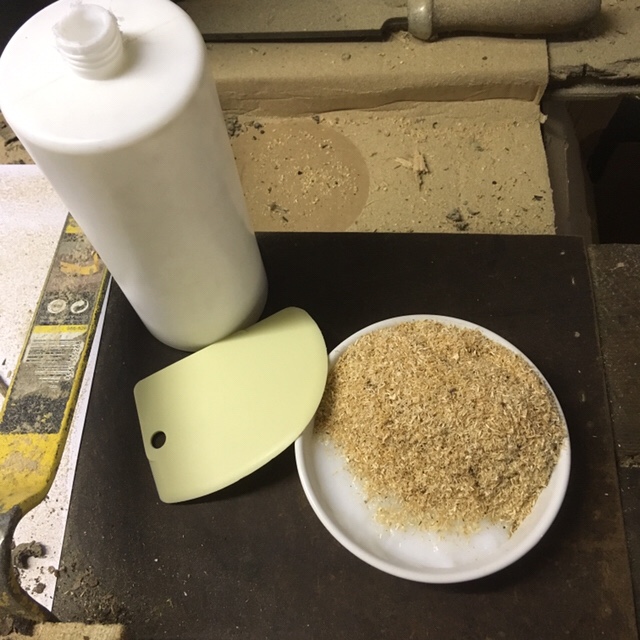 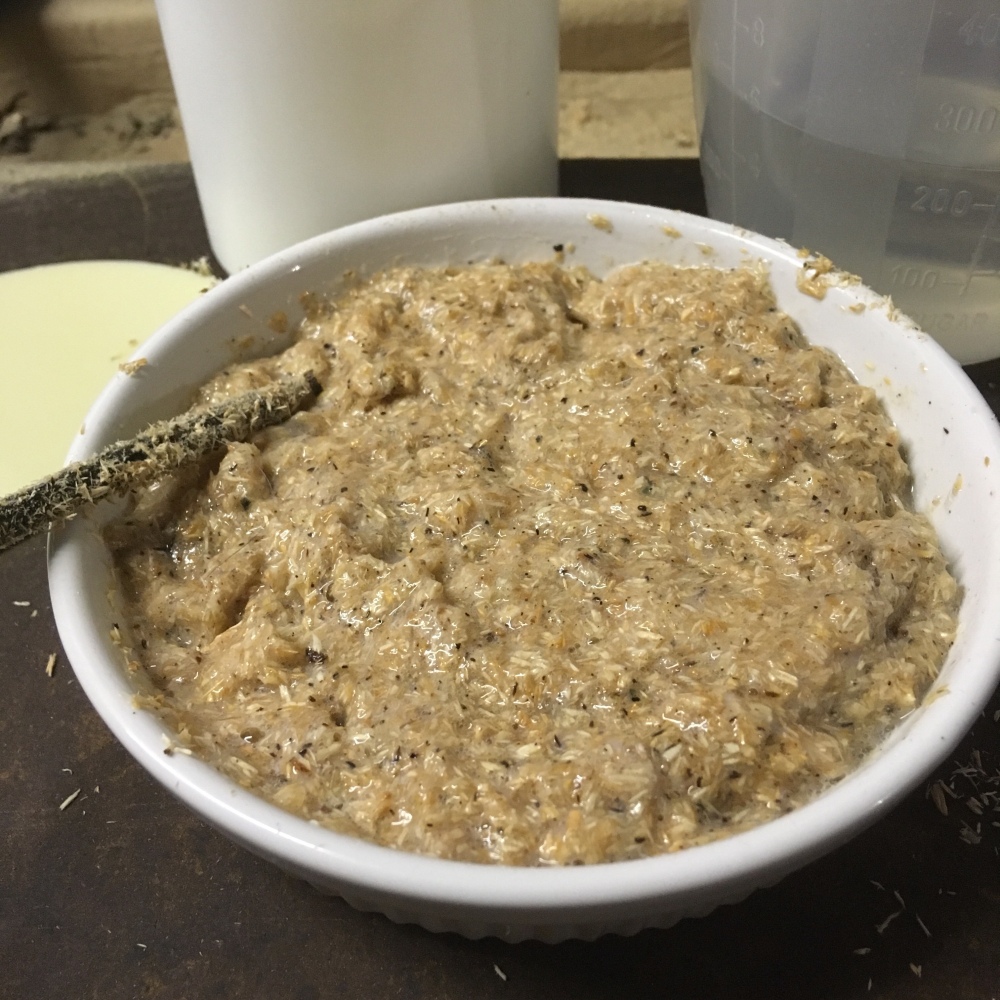 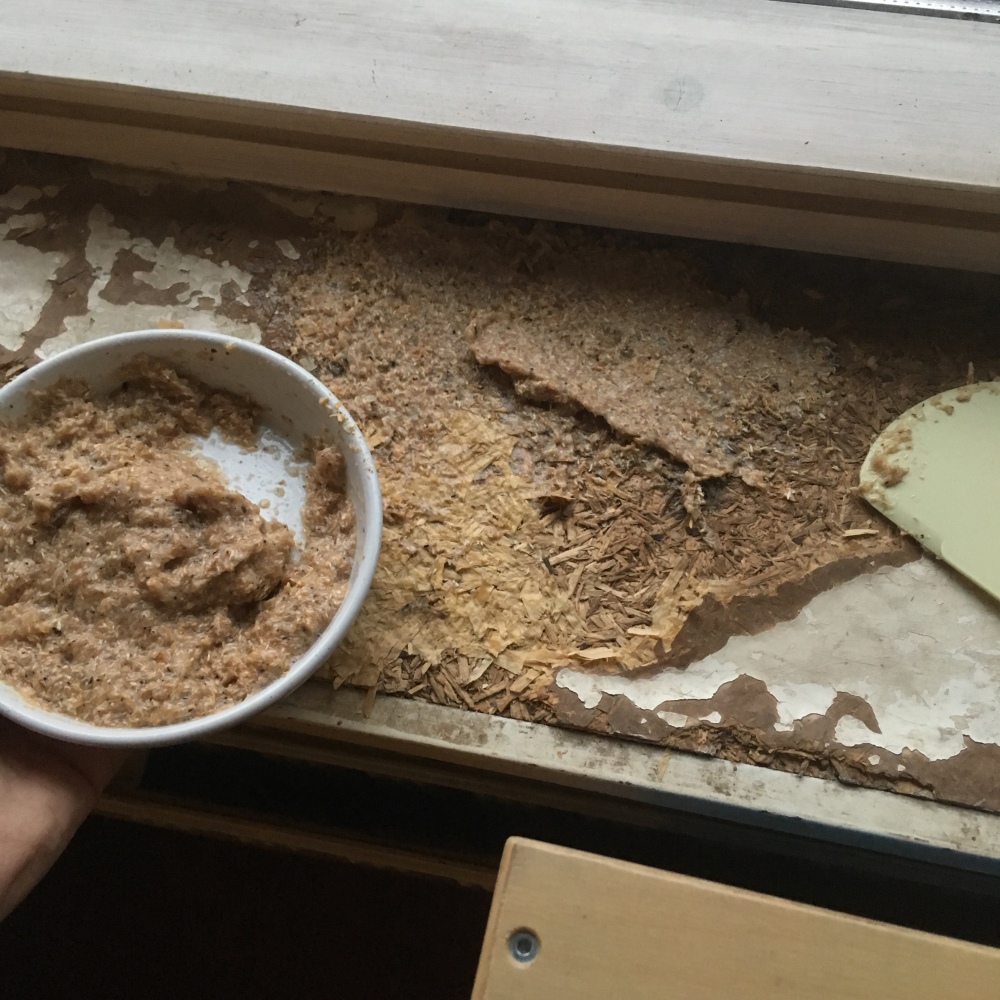 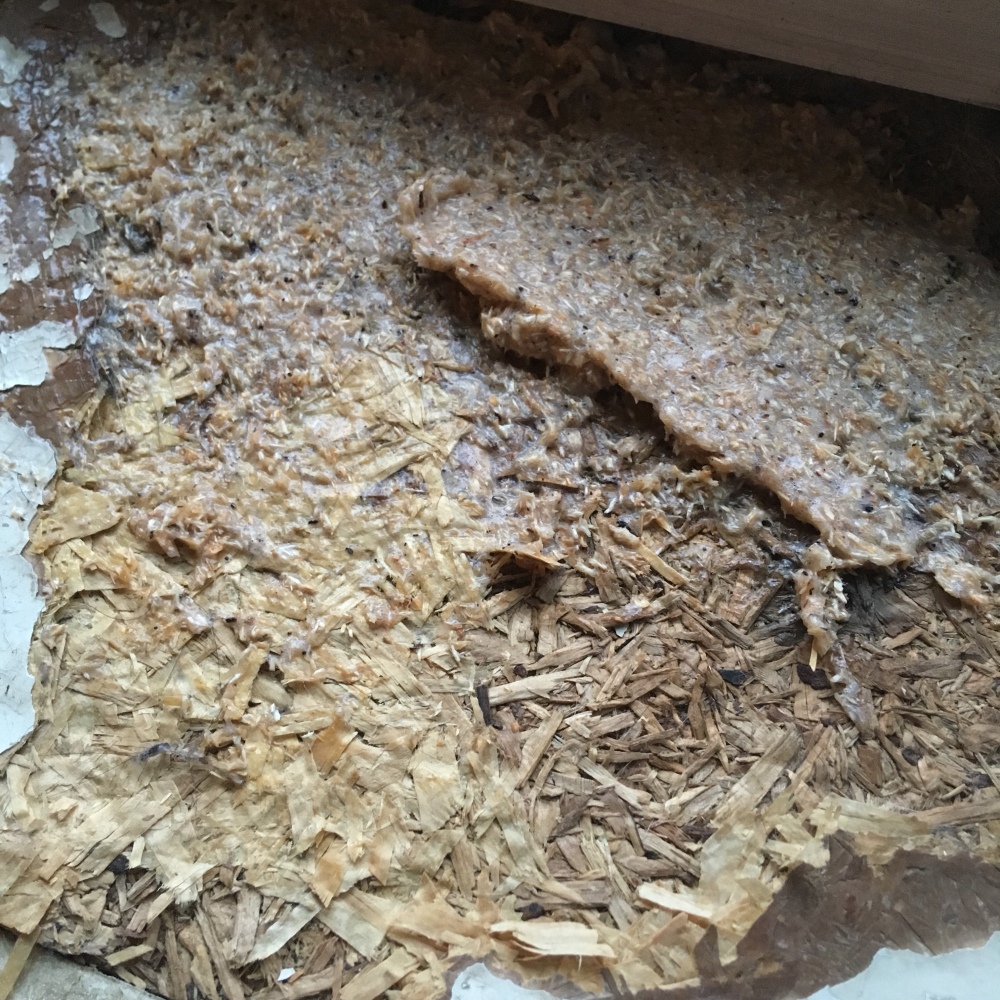 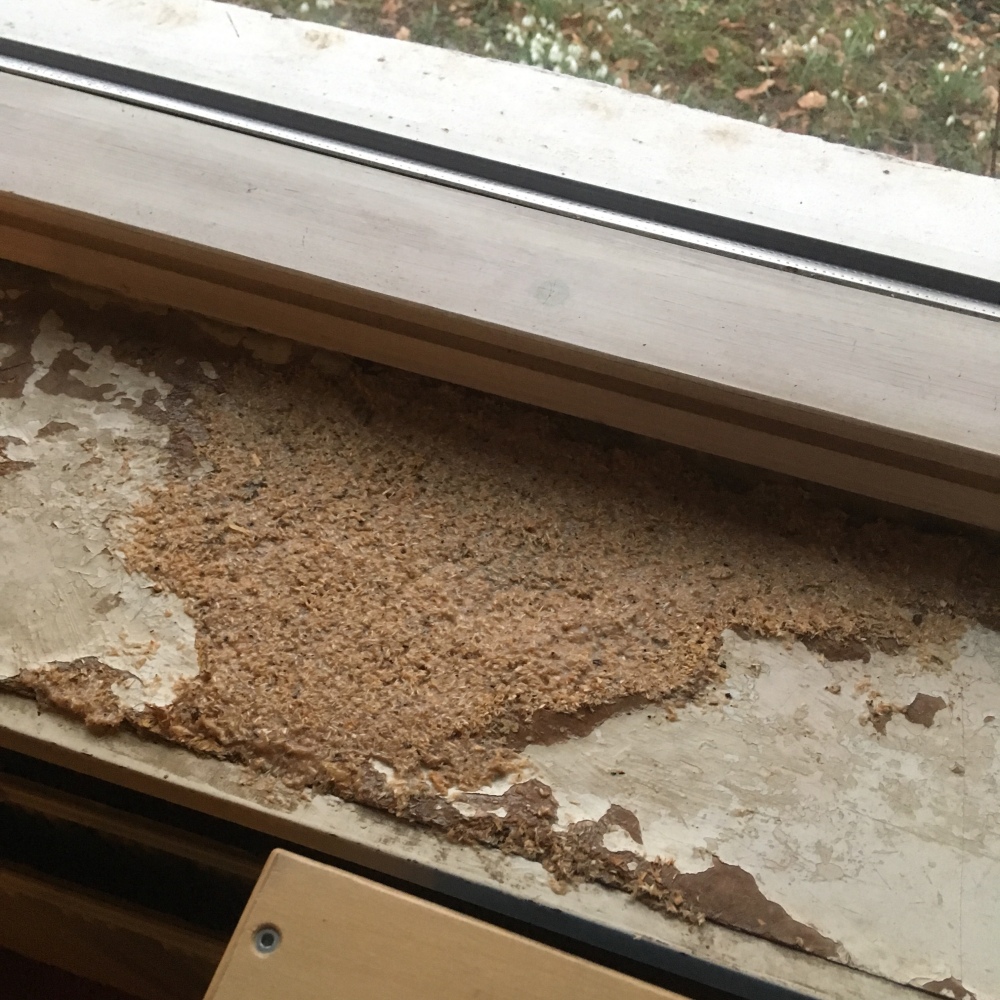 Charley hated the upheaval. He hates the idea of mice or shrews being in the house (it’s been keeping him awake at night) but the upheaval as we moved furniture around and had so much stuff all over so we could get to the walls and not being allowed to go near the foam as it cured got to him really badly and he ended up bursting into tears on the sofa wailing that it was all too much for him. Hopefully it’ll be worth it though, and he cheered up a bit as we started to put things back where they belonged. Must get him to help me make a cake or something tomorrow, spend a bit of time with just him.

Ben just gets on with it. Copes. Functions. Does his best, always. Daydreams and loses focus on the task at hand, but that’s no bad thing. He is a dreamer!

Erika had a late but not danger-class nap. She pays no heed to clock changes. Late late night for me made bearable by a special decaf mocha made for me by Steve (I finally saw how much alcohol he puts in it!!) and lots of Sarah and Duck which is never a chore to watch!

I realise today has very few photographs – I guess that’s bound to happen when I’m this tired, although at least I remembered to document the wood filler effort. Here’s to tomorrow and hopefully back to my usual self!