Funny kind of day. Kinda productive, emptied the water bucket, took the rubbish out, brought the mail in, got the fire sorted, got another sourdough sorted and proving. 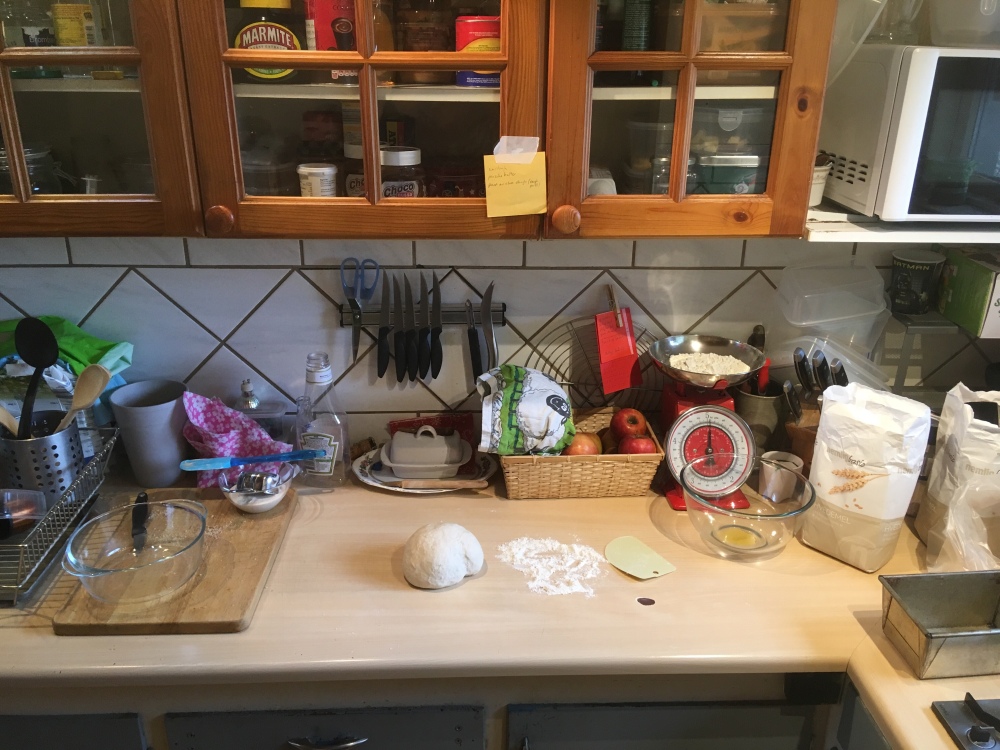 Checked on the kids when I had a coffee break. They were playing with Bionicle and bits were everywhere but they’d sounded quite happy, no screaming, and I found Erika busily picking out all the tiny red fixings. She likes those little red fixings. 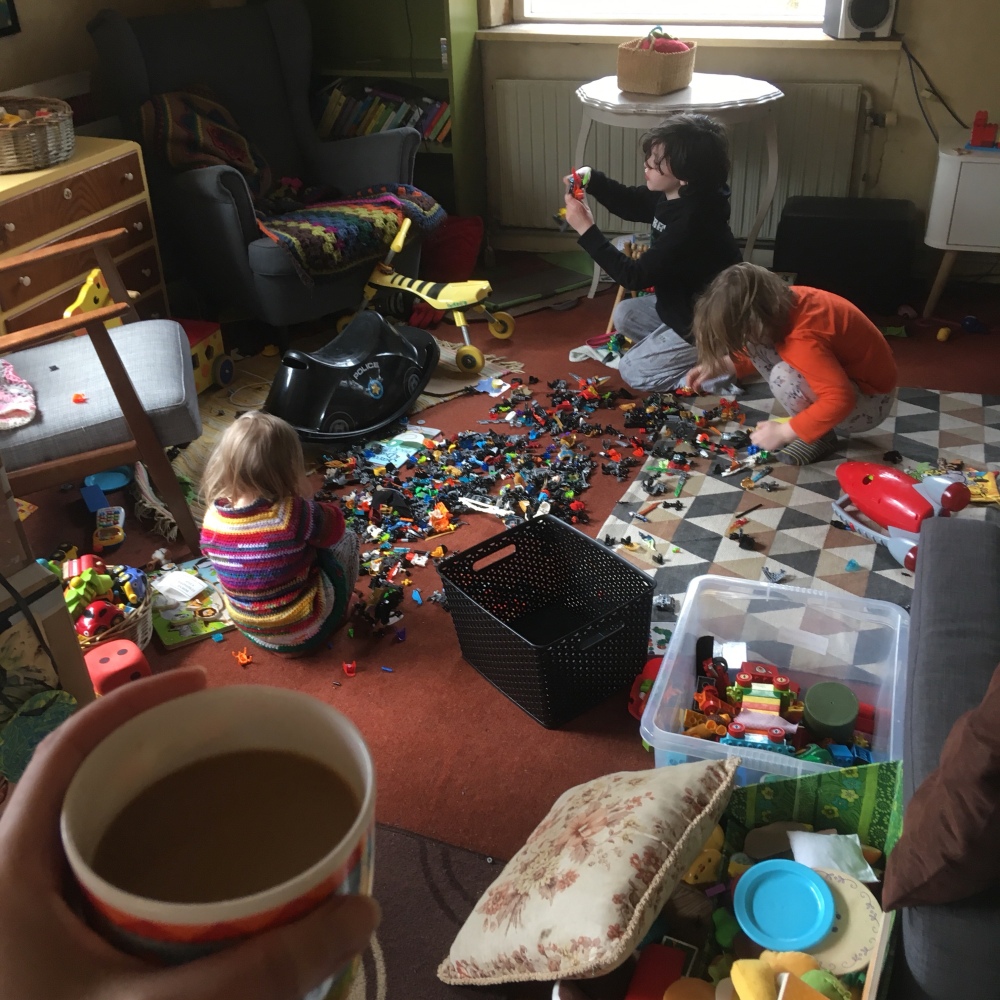 Fed the kids, grateful that I’d descaled the coffee machine yesterday (note to self: open the windows at the beginning, rather than waiting until it’s done its first clean and you can no longer breathe when you go to the kitchen), kept getting distracted every time I tried to get dressed including Erika bringing me the nappy roll and her clothes. This is new this week. She has been bringing me to her nappy roll and asking to be cleaned up when she’s done a poo. I’m impressed. She’s definitely the most self-aware of our kids. If I lay the nappy roll out if she’s just wet, and say let’s get you all dry and clean, she’ll come and lie down to have her nappy changed. Today she brought the nappy roll to me. I like this.

Then I started to try to get an online grocery order started, and a shrew popped out from under the cabinet where my laptop lives.

I found the hole it’s getting in through so we’re gonna get busy with the expanding foam tomorrow but in between finding the hole and deciding to deal with it, Steve messaged to say one of his colleagues had resigned. To say he’s gutted feels like an understatement. He came home early after that, and we headed outdoors together for some woodland therapy. I wanted to collect pinecones for the fire, and to make an attempt at sorting out the area around the barn and outhouses. There’s a couple of fairly big and old trees that have sort of fallen but not died, and were being propped up by the outhouses (and damaging them) so Steve climbed up and started working on one of them. 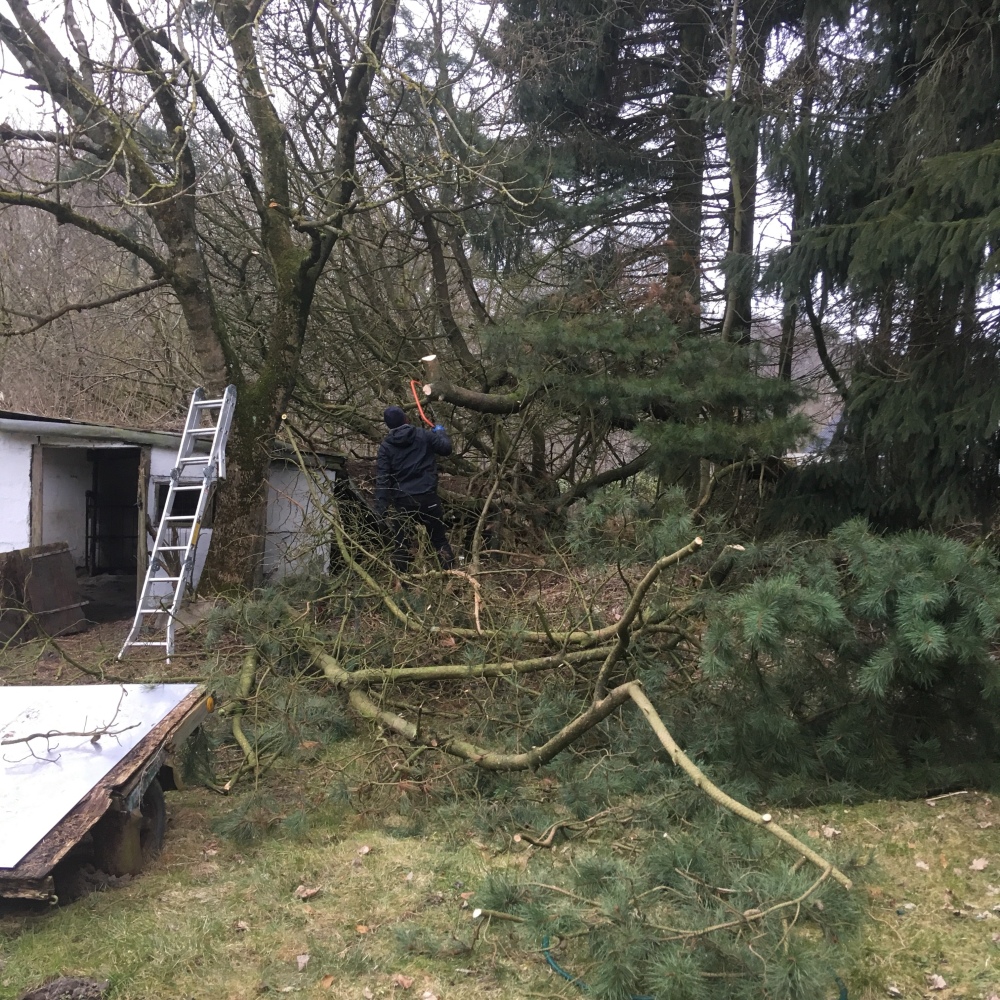 We’ll finish cutting it down / cutting it up tomorrow, it can go in the shed for next winter’s wood store. I’ve decided I want a machete to deal with the patches of sycamore saplings and things that are springing up everywhere where they are not wanted. It’s tedious in a bad way using the loppers or secateurs, not even therapeutic.

Weariness got the better of us and we headed back inside to warm up again and although I got moving and made fresh pizza dough while cooking pasta for the kids (none of them like pizza sauce!) I could not get warm and when Erika decided she finally did need a nap just as the pizza was cooking I ended up falling asleep on the sofa as well. After I’d had pizza, though. (It is gratifying to know that I can finally make a pretty good comfort pizza from scratch! Fluffy and risen and chewy in all the right places and not hard.) 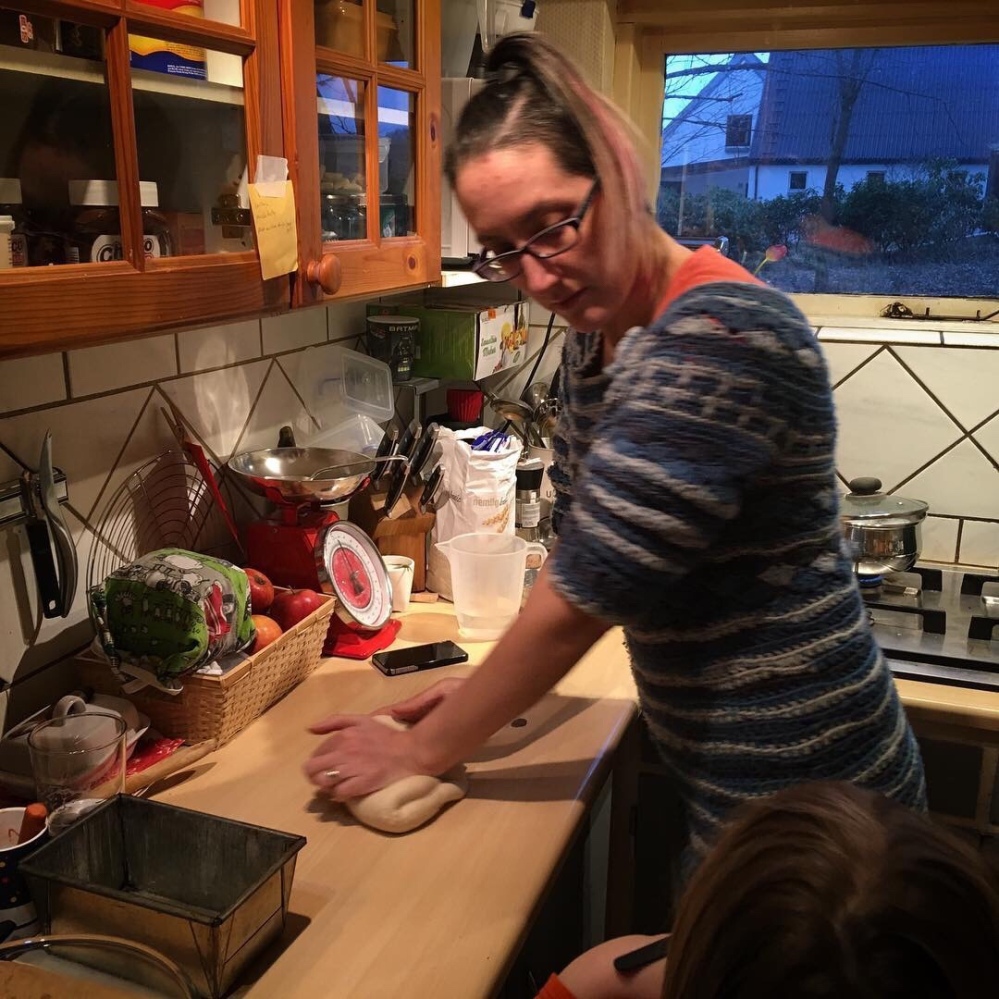 Still not sure how much of the Masterchef episode I missed. And I can’t remember why I woke up either, it might have been because the fire needed checking, but me waking up and Erika still being asleep gave me chance to get a fair bit of work done on the first sleeve of the cardigan.

Of course that danger nap meant she has been awake way longer into the night than usual and I’ve made pancake batter this evening while trying to avoid being crashed into by her on her trike which is having some terrible problems and keeps tipping her off or driving backwards while she shouts “help! Ah nej!” This afternoon I’d collected up a little toolkit for her to keep in the kitchen where she often trundles around on her trike, and we’d played a bit with her “fixing” her trike every time she had a “crash”.

Her trike has been into her little repair shop a lot this evening. I think she’s tried every tool in her toolkit and then some. I think I’ll wear my sandals in the kitchen tomorrow if her trike is going to keep having “issues” because my toes had some very narrow escapes this evening! Thankfully after a final bowl of pepperoni and frozen berries and a few episodes of Alphablocks she was ready to go to sleep, and appreciated the cuddles when sleep didn’t come fast enough for her. Sometimes it’s just a bit harder to fall asleep, but snuggles help. She agreed. And fell asleep.

It’s going to be a very interesting adjustment at work over the next few months after this particular resignation, and I don’t know how much that will impact home life or our mental health. Guess all we can do is wait and see.